When I was a kid, I’d get together with like-minded musically inclined individuals, and we’d share the music we loved via cassette tapes and fantasize about musical impossibilities; silly stuff like seeing Alcatrazz guitarists Yngwie Malmsteen and Steve Vai dueling off against each other on stage. Or maybe Vai versus Eddie Van Halen.

Impossible stuff back in the day, but in the here-and-now, Steve Vai has put together a touring package called Generation Axe, culling together himself along with Tosin Abasi (Animals as Leaders), Nuno Bettencourt (Extreme, Mourning Widows), Yngwie Malmsteen and Zakk Wylde (Black Label Society, Ozzy Osbourne) sharing the stage and delivering “an evening of guitars” for patrons attending the performances.

Check out this Generation Axe fan shot “Highway Star” video clip from the band’s gig at The Wiltern Theatre in Lost Angeles.

The Centre in The Square performance this past Sunday was an absolute overdose of virtuoso guitaring that pushed close to 4 hours of non-stop music. A Generation Axe performance is broken into segments that allow each guitarist to showcase some of their material with a second guitarist sharing the stage during a transitional song before the guitarists trade off on stage. Each guitarist gets approximately 40-45 minutes of stage time. To bookend this format, all five guitarists take the stage to start each evening off and do the same again to wrap the shows up. Pepper in some different moments of candor, man-hugs, and solos where guitarists will walk into the crowd and perform in random spots amidst their fans. This show is a guitar fans’ wildest dream come true.

Tosin Abasi, the youngest blood on this tour, showcased the talent that has caught the ears of his contemporaries as he started things off this evening. His menacing, heavier technicality on Animals as Leaders tracks like “Tempting Time” and “Physical Education” dropped more than a few jaws to onlookers who were witnessing him perform for the first time. Bettencourt joined Abasi for “Physical Education” and joked after the song was done that he was worried about performing it with Abasi for fear of messing up on it.

Nuno Bettencourt showcased some of the more technically challenging Extreme numbers to cheering fans, but the real Bettencourt magic was watching him perform “Midnight Express” from the 1995 Extreme album Waiting for the Punchline on an acoustic guitar while seated at centre stage. Zakk Wylde took the stage with Nuno to perform a wicked cover of “Sideways” by Citizen Cope before Zakk took the stage solo. 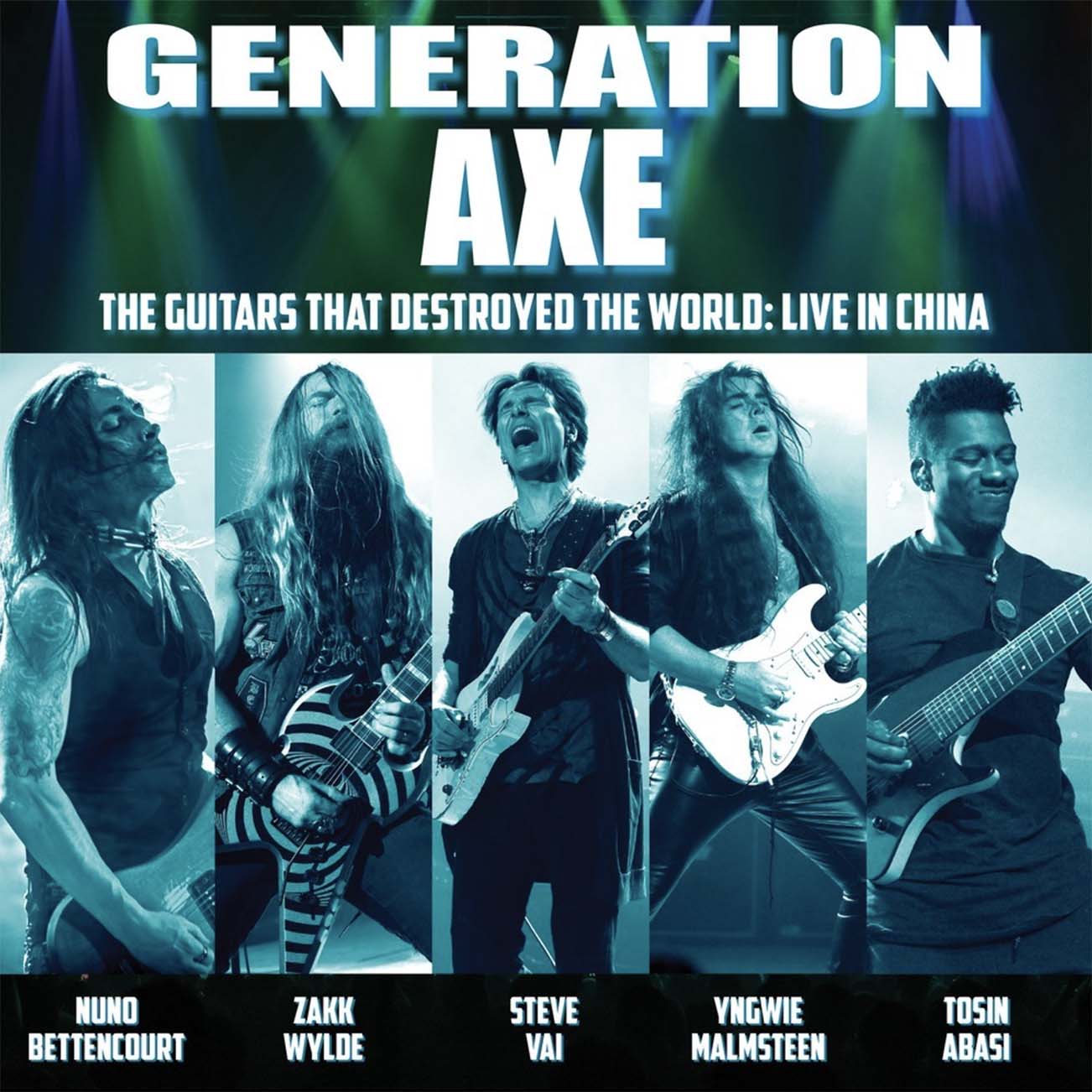 Zakk Wylde performed three songs this evening – “Into The Void,” “War Pigs,” and “Still Got The Blues” by Gary Moore. The two Sabbath songs were each easily 15-20 minutes long – enhanced with Zakk Wylde’s signature shredding style as he walked about the venue – going all the way up to the third balcony during “War Pigs” and bringing a young boy adorned in a Wylde shirt along for the walk back to the stage with him. Zakk got the youngster up on his stage riser so he could stand on stage with his hero and sing a few lines of the song with Zakk as he wrapped up the song.

Bettencourt joined Wylde to do the Gary Moore cover, with both musicians going into the crowd midway through the song to solo. A third spotlight went into the crowd behind the soundboard and up popped Steve Vai, who guitared the rest of the track with Bettencourt and Wylde as they all walked back to the stage as the track ended.

Steve Vai then performed three lengthy songs – showing everyone in the room why Frank Zappa used to refer to Vai as his “stunt guitarist.” Vai teased note out of his guitars that had moments of sheer unearthliness to them – sonic tones that a room full of guitarists would probably never be able to replicate – culminating with one of the final notes being played by running his tongue over the upper string just over the body of the instrument. It was mind-blowing.

Here’s another live clip of Vai and Yngwie Malmsteen performing “Black Star” off the new record.

Then Yngwie walked out on stage and worked his way through a bunch of his excellent original solos – technical material intermixed with his unique takes on classical movements – shrouded in smoke and deep red lighting. Malmsteen threw his guitar about his body as he performed, and then tossed his guitars to his guitar tech, who would then walk him over his next axe and drop it in place over his head so he could continue performing. There was high kicking, teeth picking and guitar licking aplenty, culminating in Malmsteen’s “Black Star” which was performed accompanied by Steve Vai. It was the moment for me; My 22-year-old psyche tilted as I watched the very thing I thought I’d never see – two of the greatest Alcatrazz guitarists mashing it up together on stage.

As if that wasn’t enough, the band wrapped up the evening with Edgar Winter’s “Frankenstein,” Queen’s “Bohemian Rhapsody” and Deep Purple’s “Burn” – each of these songs broken down and arranged for electric guitar by Steve Vai. These songs all kicked ass, but “Bohemian Rhapsody” took the prize – the Freddie Mercury falsetto broken down into string parts so keenly, your mind could actually hear the vocals leaping off of each instrumental chord as it was played. An evening of sheer guitar magic.