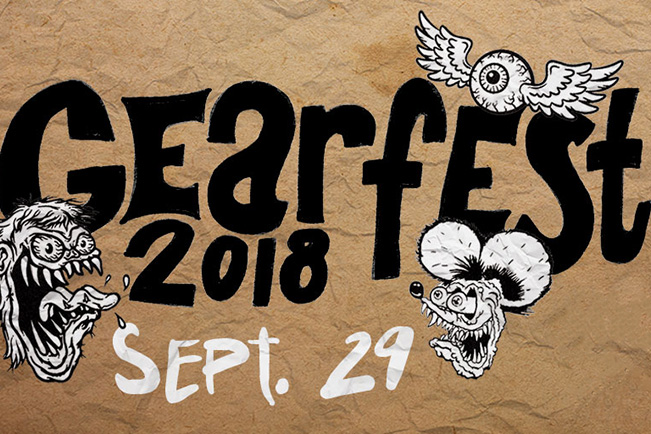 Gearhead owner/operator, Michelle Haunold Lorenz, joins us to share her thoughts on the struggles of launching and re-launching a record label and curating the Gearfest festival, and why it’s all worth it in the end.

Gearhead Records began at the turn of the century as an offshoot to Gearhead Magazine, a lifestyle publication that highlighted subcultures such as hot rods, punk rock, and lowbrow artwork. The label paralleled the magazine’s values and tastes, resulting in them being the first US label to break Swedish rockers The Hives and opportunities to work alongside such groups as The Hellacopters, Electric Eel Shock, Lord of Altamont, The Wildhearts, Turbo A.Cs, Riverboat Gamblers, and many more. As the label grew, so did its cult following, which made its way around the world. It was an icebreaker; if you saw someone donning attire with the crossed checkered flag and red logo, you had camaraderie right off the bat. Gearhead Records eventually separated itself from the magazine, and, for a period, remained inactive.

In 2013, the label reactivated and reincorporated the magazine back into their operations, already with two new issues alongside a slew of new LP’s. Gearfest, the music festival bearing their imprint, returns for its third instalment to showcase up-and-coming garage punk groups, custom hot rods, and plenty more. Gearfest occurs at the end of September at The Blue Lamp in Sacramento, and Gearhead owner/operator, Michelle Haunold Lorenz, joins us to share her thoughts on launching and re-launching the label, and the inevitable struggles that come with the territory.

The Hives with their massive single, “Hate to Say I Told You So”.

“Why I put on Gearfest and Other Tales of Passion”

Fuelled by my passionate love of raw garage music and punk rock energy, I took my hobby of record collecting and DJ’ing and turned it into a business by accident, but it hadn’t started out that way. Back in 1999 when I first conceived of the idea, it was all about bringing the energy of all the undiscovered bands and infectious music I loved to a broader audience. It’s about the music. The bands I loved usually hadn’t bothered to record anything, as if the idea of actually making a record had never occurred to them. I had never intended for the label to become a job; it was just another hobby for me, something fun to learn how to do. Plus, I got to be the first one to play the new record on the air.

In regards to the festival, I decided to resurrect Gearfest for a couple of reasons. Number one, I was no longer going SXSW showcases for the label because the festival had moved away from the original intent of showcasing underground and emerging artists and labels. It used to be a fantastic place to break new artists and get serious press coverage, but it’s not like that anymore; it’s turned into a corporate free for all.

I then started promoting Gearhead showcases in Reno at the Lady Luck Tattoo Convention in 2008, and that was amazing for a couple of years. However, I needed to break from it due to the other commitments I had going with Gearhead and the workload was becoming more than one person can handle. It was necessary for me, I really had to cut back on specific things in order to maintain myself and be as effective as possible. 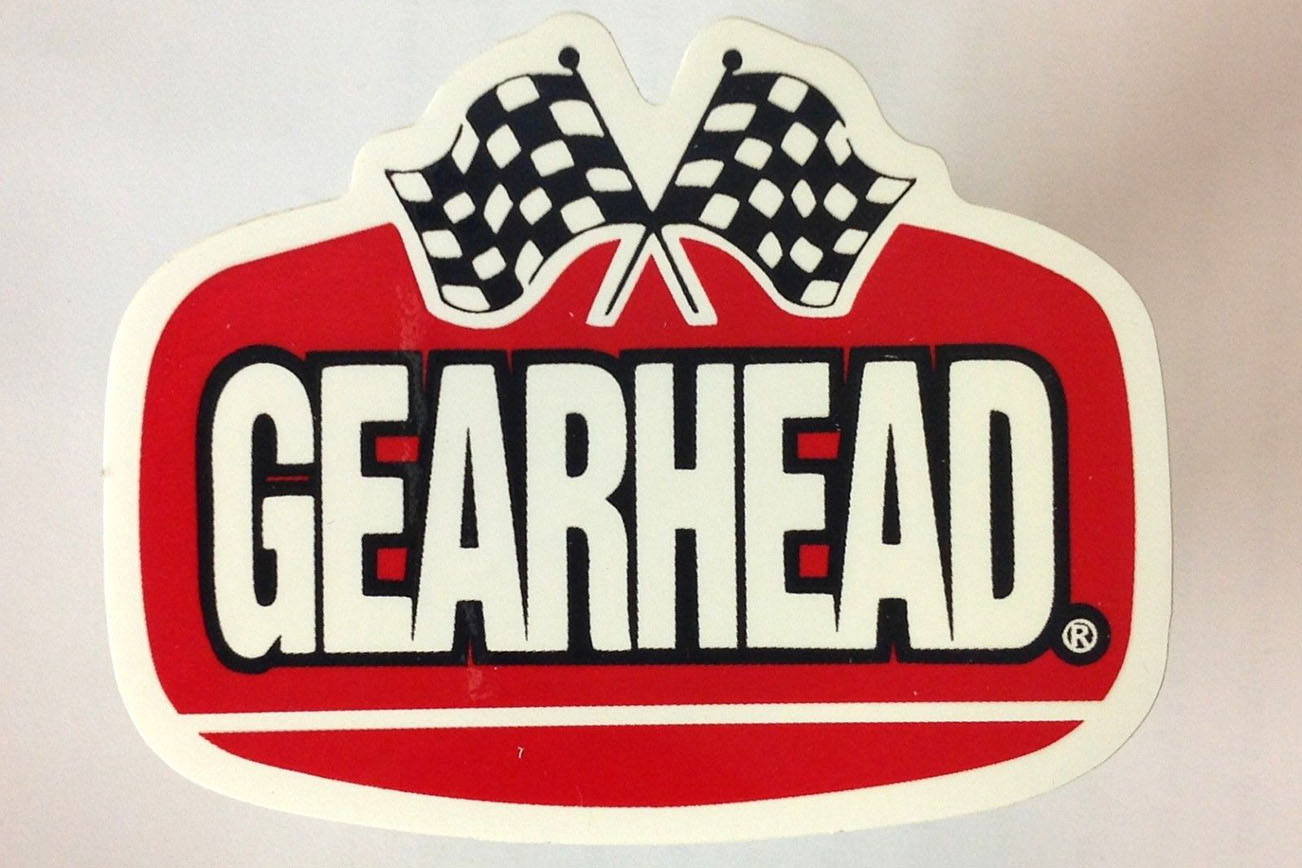 I stopped putting on shows for about eight years because it is an insane amount of work and I was tired of being cast as the bad guy if a band didn’t break after an event. I work hard at what I do and pour a lot of resources into this, so it gets frustrating to hear nothing but negative criticism. It definitely comes with the territory, but it’s still nice to voice this feeling and make it known; surely, some people reading can relate. I finally put the entire business on hold and went in search of activities that fulfilled me on a personal and spiritual level.

After I resurrected the Gearhead brand in 2013 and started putting out records again, I realized how much I missed doing curated shows; hand-selecting bands to perform at the event and the fundraising that went along with it. Gearfest started in 1998 when The Hellacopters wanted to showcase their vibrant Swedish music scene for Gearhead. They chose a slew of bands who played over three days, which resulted in not only Gearhead releasing the live soundboard recording in 2000 (V/A Gearfest RPM 012), but also signing some up-and-coming bands who played the event, including The Hives and “Demons”. And a similar thing happened with Gearfest in 2002, which resulted in signing and breaking The Riverboat Gamblers (Something to Crow About, 2003 RPM 043).

When I first decided to resurrect the Gearfest festival, it was in 2015, to celebrate the 15-year anniversary of the birth of Gearhead Records. I really wanted to put on a showcase for the community, showing off the amazing underground talent that Gearhead was still tapped into. It wasn’t exactly an ego thing, but I really wanted to bring people together again to show I was still digging up killer bands while focusing on giving back to the community and providing a place for like-minded weirdos and music freaks to come together to have a good time. Gearfest isn’t like any other festival; the music comes first, and then the cars, unlike most car shows where it is all about the cars, and the music is just an afterthought. Because Gearfest was born from the music scene, I really wanted to present what I felt was something different.

Exorcise your “Demons” Swedish style, by listening to “Voodoo Charme”.

When I started the business up again in 2013, it was because I felt a void. I missed digging up bands, putting out records, and turning people onto new music. Plus, the magazine was a way to write about music, art, motorsports, and people I found interesting, that would never get coverage in the mainstream press. I hadn’t realized how much I missed the creative aspect of running the entire business. I felt like I had left something unfinished, like Gearhead, as a lifestyle brand, had still not reached its potential, despite having a huge hit with the Hives and the international recognition of the magazine and apparel.

During the time that Gearhead was hibernating, so much had changed. When I emerged from my personal journey of healing and regrouping in 2013, the internet had exploded; social media had become the go-to way to find out about what your friends were into, digital downloads were the primary way people bought music and other media, and there was very little going on that encouraged people to come together in person. I was motivated to resurrect Gearfest for that very reason.

When you’re sharing the experience of watching a live band, there is an intangible thread that goes through the crowd; a connective feeling of being part of something special, especially when there is a mind-blowing band that fires up the crowd. You can’t get that texting or posting on Instagram. I wanted to create that space again to allow people to experience that magic. It’s not a hugely profitable thing. In fact, I don’t make anything off the event except when someone buys some Gearhead merch. It’s all about bringing a community together to support each other. That’s why I encouraged people to show off their hot rods, bikes, and other cool cars. Not only is it the demographic that Gearhead grew out of, but it adds dimension to the show, allowing a visual layer to the event that draws people in.

And everyone has some experience with cars; seeing a cool car from a bygone era enables us to appreciate not only the beauty and design of the past but also recognize how far we have come. Plus, rock and roll and hot rods have always gone together. In fact, the way I got into hot rods was by listening to bands like The Beach Boys and Jan and Dean sing about them. 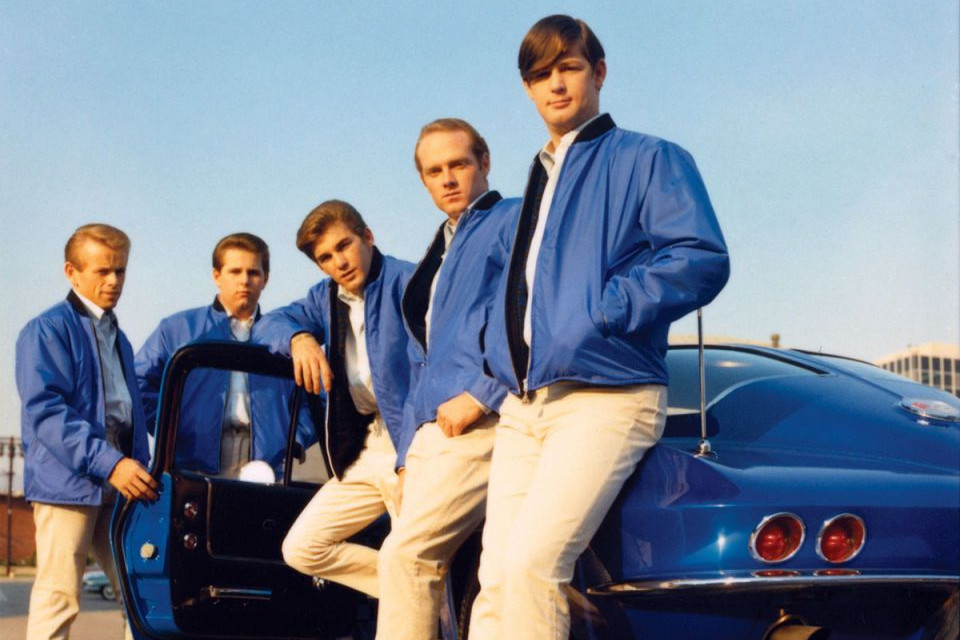 Then, bringing in a charitable nature to the event reminds attendees that we are not alone in the world and that everything we do affects someone else. When you come together to raise awareness and money for a non-profit working directly in one’s own community, it validates that we need each other, that we can’t thrive if we stay boxed up in our houses with our noses buried in a computer or phone screen. People feel good when they do something to help others. That is why I put continue to put on Gearfest. I get to put on a show for bands I dig, and it reminds me I’m not alone in this world. It reminds me that there are people out there who really appreciate the work I do and the product I create out of thin air.

Lastly, as a woman-run business, I also want people to see that girls can be as deeply involved in traditionally male-dominated creative enterprises, like running a record company, or being an automotive journalist. I host a “Ms. Gearhead” contest during Gearfest to inspire and validate other women who are in the shadows, doing their own thing to support and enhance their communities. I love pin-up contests, I love the fashion and the look, but that’s not me. I have always been a tomboy. I can’t pull off that super slinky, sexy look, and, while I’ve tried, it’s not at all conducive to running around the pits at a drag race or rock show. The “Ms. Gearhead” contest has nothing to do with the way a woman looks, it’s all about her character; her creative pursuits, speaking her truth, shining her own light and being herself. I want to be a role-model and show women there is another aspect to our community.

Essentially, everything mentioned above culminates as the reason why, at 54, I am still banging my head against the wall, curating a killer show with enough extra stuff that maybe people will come out for the day to talk, drink, dance, eat and explore, and perhaps become inspired themselves. I do it because I can’t not do it. It is a passion deep inside that drives me, like the need to write. I have to keep digging and pulling and pushing and trying to create something that inspires people creatively. But, I also do it for myself. Having been directly involved with the birth of such bands as Nirvana, Green Day, The White Stripes, The Hives and many more, I know that when you bring creative people together to witness other creative people, magic can happen.

*This essay is edited for clarity and brevity. 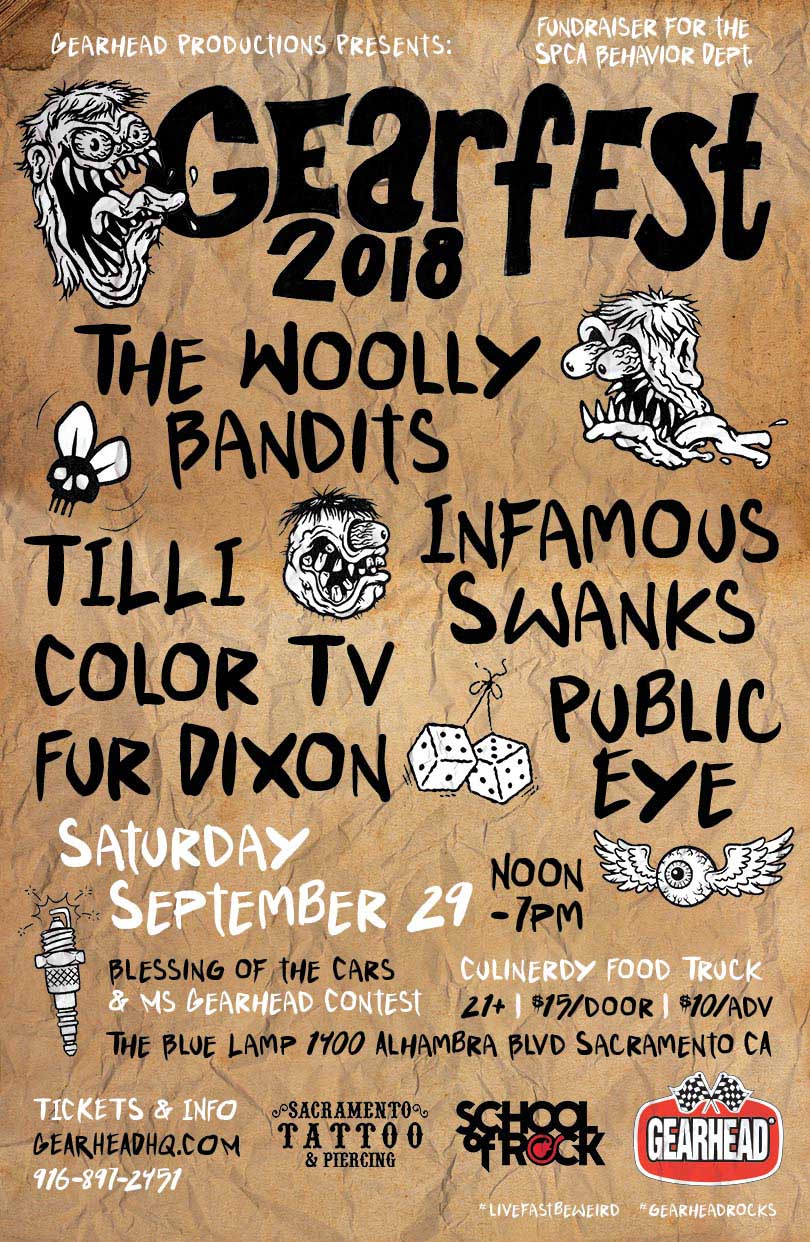