Earlier this month Zatokrev performed one of their famously intense live shows to a packed house at the Hirscheneck in Basel. This was a very special night for the Swiss band who describe their subgenre as “Psychedelic Apocalypse Metal”; fifteen years since they played their first-ever show at the very same venue, founding member Frederyk Rotter managed to get the original line-up back together for one night only. The show was to celebrate the re-release, now on vinyl, of their first eponymous album. But Zatokrev are not just focusing on the past – exciting times lie ahead. At this important moment in the band’s history, we chatted to frontman Fredy about the Zatokrev musical philosophy.

Over the course of their career, Zatokrev have released four full-length albums, Zatokrev (2004), Bury The Ashes (2006), The Bat, The Wheel and A Long Road To Nowhere (2014) and Silk Spiders Underwater (2016) – all of which can be purchased and heard right here. The band have frequently been compared to Neurosis, and were described by Metal Hammer in 2004 as “avant-garde”. This moniker has stuck although it’s somewhat unsatisfactory, since it is very hard to describe Zatokrev’s sound. I asked Fredy if he could try to pinpoint it?

“We have very different tastes and are pretty open musically. We liked industrial, doom, black, death, stoner, hardcore, psychedelic and ambient stuff, various rock genres and even country, jazz, oldschool hip-hop – it all influenced us, whether musically or lyrically. Basically we just wanted to be distorted, noisy and down-tuned. In the beginning we did lots of stuff which has never been released – fast, hardcore, technical – but we found out that we felt most comfortable playing slow and heavy stuff.”

Pack your rain slicker and galoshes before stepping onto “Bleeding Island”.

What we can say about their sound is that it is HUGE. Riffs are oppressive, brooding, all-consuming, like dense forests or high walls. Guitars are impossibly down-tuned and with a fuzzy, industrial tone. The Zatokrev album has only five tracks, which demand full immersion in order to be appreciated. First cut “Reveal” consists of a very simple riff, which finally speeds up in the last minute of the song as the intensity builds. Song two, “Fourem”, is fourteen minutes long and highly experimental, incorporating hysterical screams, clean vocals, recorded samples, and long sections of noise. Despite the slow pace though, there is an undoubted energy to the record, particularly in “Alive”.

Fredy’s vocal style varies considerably even within songs, and he also has a clean-singing side project (The Leaving). So, what is the thinking behind his vocal style for Zatokrev?

“I take my voice wherever it leads me. Honestly, I think that I don’t have a very good voice! I’m asthmatic and it’s a real journey. Years ago I started to practice throat singing which made me discover my vocal chords in a completely new way. Sometimes you can’t even really understand that it’s vocals or it sounds like female vocals or sampled Indian chants. No matter if a warm soft voice, head voice, throat vocals, growls, screams, spoken words, I do my best to use my voice well to fit in the sounds.” 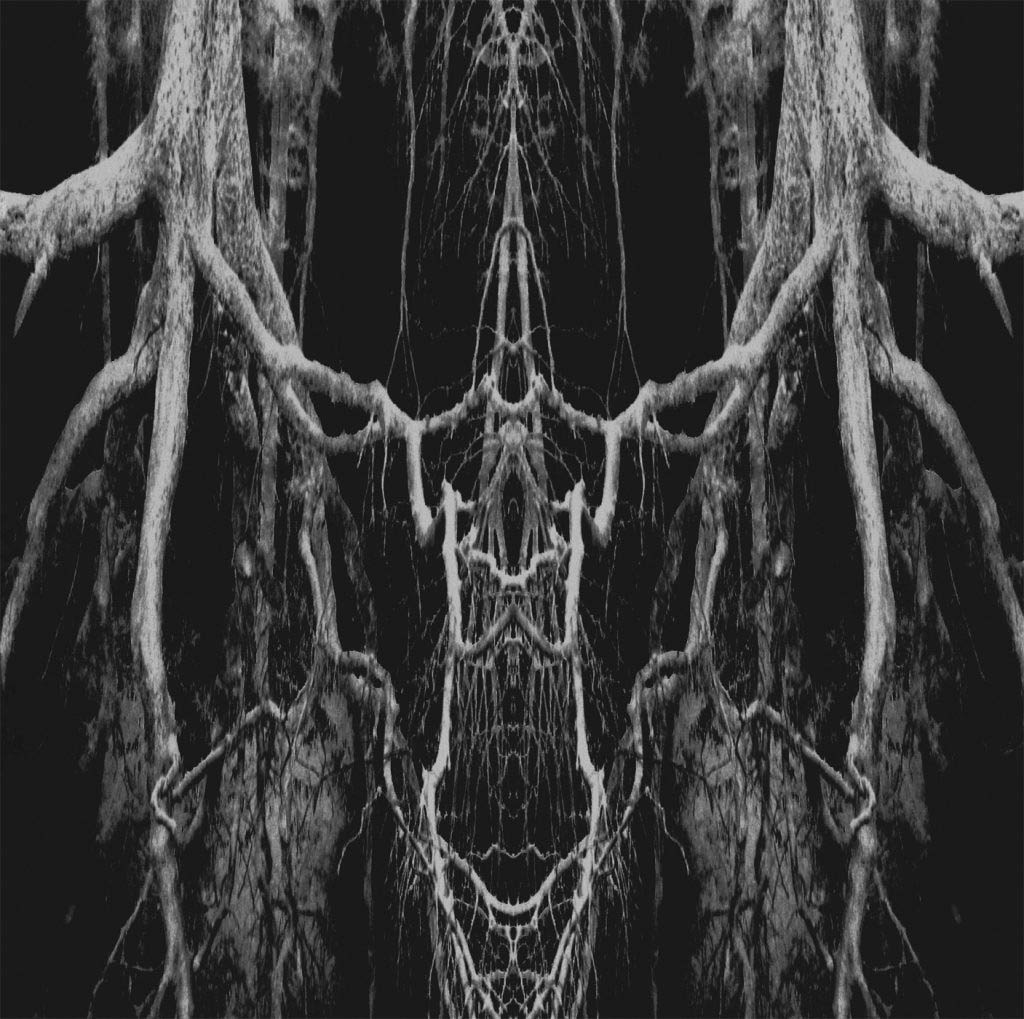 Noise is an important element in Zatokrev songs, and indeed one of their lyrics is “I have chosen the way of noise.” Passages of thought-provoking noise abound and always seem to have a purpose that flows from the lyrics. “Reveal” ends with a long siren fade-out; “Fourem” contains three minutes of white noise reminiscent of an aeroplane, “See Through” begins with white noise over bass, while the album fades out with a lengthy section of noise which is part-industrial, part-underwater.

“Things like noise or ambient sounds in our music often give a chance to reflect… it just has the power to let stand something in the room, to consider the meaning of the song. It provides some kind of timeless energy, so that the lyrics never become old and when we play the feedback live it sounds different, it changes and takes us on new journeys into ourselves.”

This idea of a journey into the self keeps returning; both the band’s lyrics and Fredy’s analysis of them frequently refer to meditation, an omnipresent energy, a search for peace, a wordless voice. Fredy considers his songwriting as a transcendental experience, and even wonders if it comes from some latent mania. “When I create lyrics I often have no idea about what I actually write. Sometimes I have the feeling of writing about a future of which the pragmatic side of my brain wasn’t even aware. It sounds completely weird, maybe it’s all a delusion or some kind of mania. Anyway I let my thoughts do what they want, without forcing them or pushing them to follow illusions. In my most megalomaniac times I asked myself: am I able to see the future or do I create the future because of my lyrics? But I think it’s like Einstein said, time is relative and an invention of our brains, so it doesn’t matter.”

Would somebody please turn on the “Goddamn Lights”!

This psychedelic element to Zatokrev comes through in the visuals as well. For their merchandise and album artwork, they work with Paris-based artist Maks Loriot, who Fredy says shares their aesthetic vision and allows them to “create our own symbols, meanings, cults, that are filled with our philosophies and reflections. The visual concepts have become a necessary part of album creation to me.”

Zatokrev regard their performances as immersive, psychological journeys too, and this has sometimes had a polarising effect on the crowd. “When we started to play we were loaded with a wild energy that we wanted to spread. We wanted to be the loudest band in the world and we wanted to destroy. And this spirit was not very widespread in our area, not at all. Our shows were pretty extreme, I was hitting my head with the mic until I was bleeding, Marco’s bass often was covered with blood, we used to jump into the drums, we had such a loud feedback from our guitars that people had to leave and the police came instead. The day after our shows our bodies were usually destroyed, blue spots and scratches everywhere. People either loved it or walked out. There was no in-between.”

Polarising, perhaps, and does all this add up to something quite inaccessible? One reviewer described the Silk Spiders album as “fiercely uncommercial” and “increasingly experimental”, with “songs designed to be awkward and angular”. Fredy considers this.

“I can just say, that in every moment we work on a song we want to develop further as musicians. I don’t really take time to think about how that could reflect on people. I just want to create something intense and special in every here and now. I’m seeking for depth and beauty. Of course we like to share this and also we like to see the reactions of people, but I expect nothing.” 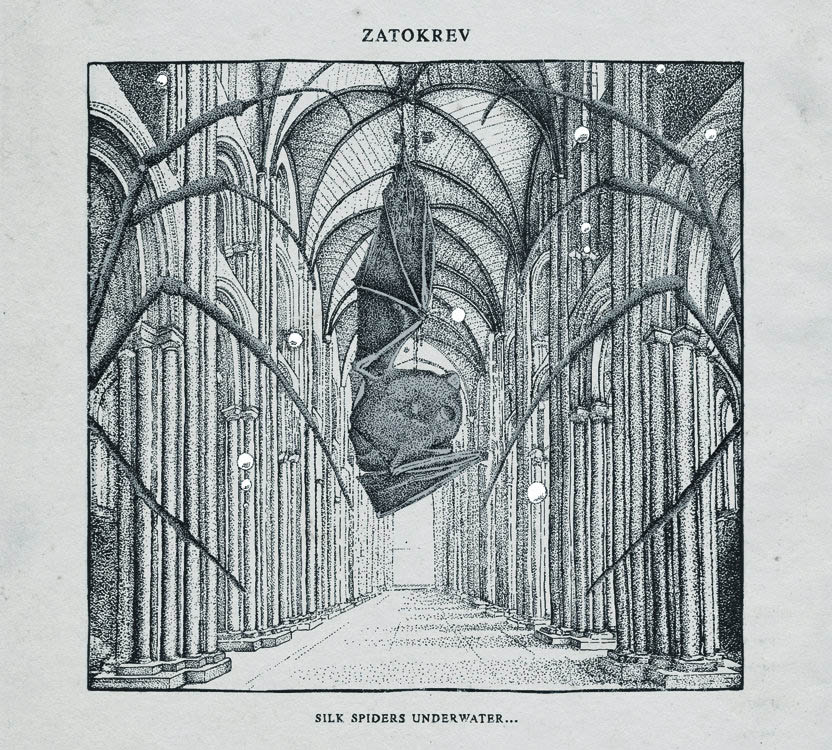 And far from going unnoticed, Zatokrev’s influence has been acknowledged by newer bands such as Schammasch, and although when they started out the metal scene in Basel was almost non-existent, they became the first metal band to be nominated for the Basler Pop-Preis in 2015. Schammasch and Zeal & Ardor followed. Fredy also set up Basel-based label Czar of Crickets, which has helped put local heavy music on the map; booking Zeal & Ardor’s first-ever show, just prior to their meteoric rise, and staging the annual Czar Fest.

“I think it was our spirit that perhaps influenced music in our area, rather than our style. Real heavy music here in Basel was pretty much unknown until that point, although we did have our great local crust/hardcore heroes Speck, the black metallers Atritas or Gurd, who had already their best times in the ‘90s. Most of the pop and indie bands sounded pretty much exactly the same. Zatokrev were uncompromising and with 100% belief, which made people sit up and notice. Possibly this helped to get heavier music be more accepted and even appreciated in general here. How much really happened because of us is hard to say, but certainly since we are active in Basel, the spirit for hard sounds was constantly rising.”

Last week’s Hirscheneck gig brought back happy memories for Zatokrev: “It was really an unbelievably nice experience to play with Marco and Silvio again. It reminded me of the strong bond we have, no matter if we play in the band together or not. This is a true gift for which I am deeply thankful and which I definitely don’t take for granted.”

But it was a one-off; the current Zatokrev line-up is Lucas Löw, Frédéric Hug, Steffen Kunkel and Fredy. They are busy working on a new album, and with a new booking agency they will soon be announcing more live European dates. Oh and, in case you were wondering, “Zatokrev” means “blood for this” in Czech, and in German, “Herzblut” means blood from the heart. “So we say that if you do something with 100% passion, you do it with „Herzblut“. …“blood for this”.”

Watch this video, but take care you don’t “Swallow The Teeth”. 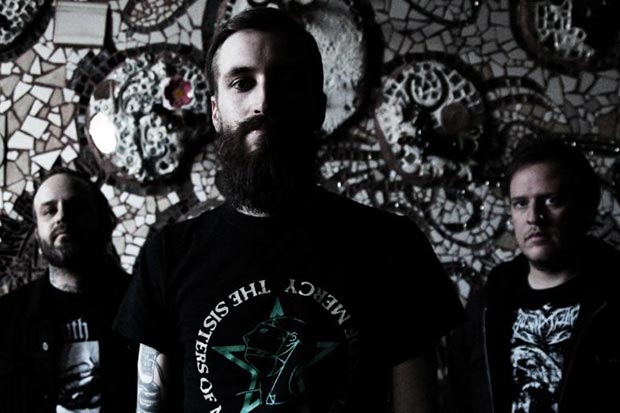