Although the members of the British band known as The Damned have been considered punk rock icons for over 40 years, 2018 has finally brought them their first Top 10 album on the UK charts. Produced by Tony Visconti — as known for producing key recordings by David Bowie, T. Rex, Iggy Pop and Thin Lizzy — Evil Spirits entered the charts on number five last month. Evil Spirits also happens to be the first full-length release from The Damned in 10 years. “Look Left” is the album’s first single and its music video was filmed at Camden venue Koko.

Among the high-profile artists that have paid tribute to The Damned over the years are Guns N’ Roses (who recorded “New Rose” for The Spaghetti Incident?) and The Offspring (who recorded “Smash It Up,” which appeared on the Batman Forever soundtrack). I spoke about the legacy of The Damned and plenty more with guitarist Captain Sensible, who kindly handled Q&A over e-mail. The Damned — which also includes vocalist David Vanian, keyboardist Monty Oxymoron, bassist Paul Gray and drummer Pinch — has upcoming shows around Europe and the United States announced for the next few months.

More information on Evil Spirits and that touring, which include four shows with The Hollywood Vampires, can be found online at www.officialdamned.com.

“Look Left” was the first single released from Evil Spirits and this is its video.


Evil Spirits is your new album. When did you start writing material for it?
Captain Sensible: 10 years between albums suggests we’re not exactly prolific writers, but we like to think it’s quality rather than quantity with The Damned. This is our 10th album in 41 years, but they’re all pretty good, no filler tracks, and each has its own sound… It’s been a musical adventure. There’s still punk in the mix but a lot of other influences as well. Evil Spirits has Motown (“Sonar Deceit”) and Monkees (“Daily Liar”). We had real fun writing the songs. It all started two years ago. I think Dave and myself have enjoyed going back to the time when we started buying records as kids, so you can hear a lot of Kinks, Who, Small Faces, and Walker Brothers in there.

Which song on Evil Spirits was written first?
Sensible: We wrote separately and then finished off, or “tarted up,” each other’s ideas in rehearsals. I wrote “Daily Liar” 20 years ago, but Dave completed it with the lyric just before recording. This song is SO topical, especially for Brits who will remember Blair’s WMD, which looks like it has just been successfully repeated in Syria.

Do you have a favourite song on Evil Spirits?
Sensible: “Sonar Deceit” talks about the mystery concerning whales and dolphins prostrating themselves on beaches around the world. What could be making them commit suicide like this? Is there some reason this is happening? Who knows? Well, I sat next to a university professor on a long-haul flight recently, who explained about military sonar, which is apparently so loud it drives these creatures insane. Of course, if this knowledge was widely-known, people would demand the end to the stupid submarine war games and all the rest of that military nonsense. And we can’t have that, can we? (sarcasm)

Captain Sensible talks key records from his past.

What inspired you to record Evil Spirits in Brooklyn?
Sensible: An unpredictable band like The Damned is never going to have record labels falling over each other waving contracts. They’d be too scared as to what kind of album we’d deliver. The fans and PledgeMusic not only enabled us to make the record WE wanted to make, but also to secure the services of Tony Visconti in the producer’s chair. Those glam rock singles by T. Rex and [David] Bowie sound so great. We wanted some of that, and Tony knows all the tricks. So it was a real old-school, bash-it-down-as-a-band experience this time round, with modern studio enhancements and trickery pretty much avoided.

The spirit in the band was excellent. Everyone did their utmost in the short time we had to make it special. Poor Monty would have his nose in a book about philosophy one minute, then be called in to play a wild solo the next. We kept him on his toes. The sessions, with the clock ticking mercilessly got a bit manic, but all managed to get done.

Band time aside, do you spend much time in New York?
Sensible: The old docklands area of Brooklyn, although up-and-coming, is still pretty industrial. Lots of warehouses, some working class housing estates, and when the wind blew the right — wrong? — way there was a distinct whiff of fish in the air from a canning factory.

We’d get the ferry across the river to Manhattan to go see gigs and stuff. It’s weird to visit places that have changed dramatically in our lifetimes, like the Bowery, which was a rough sleazy area where only junkies and punks would be dumb enough to hang out. That’s where CBGBs was, which we played first in ‘76. It may have been a dive, but it was OUR dive.

Now, it’s gone. How shortsighted of New York City authorities who could’ve created a cultural shrine to punk rock, The Ramones, Lou Reed, Blondie and all the rest of it. Fans would’ve been attracted from all around the world, and hotel cash registers would chime with glee. It’s a win-win situation, but of course rock is not culture like opera, so CBGBs is now a posh clothes shop. Disgraceful! End of rant.

The Damned is often recognized as one of the most influential punk rock bands of all time. Do you remember the first time you had heard your band cited as an influenced? Or the first time you had heard your band’s music covered?
Sensible: It’s very nice, of course, but I’d rather have the cash. Somehow, we never made any of that, possibly due to managerial rip-offs and gargantuan damages bills back in the “glory days.” Boy, could we cause havoc, and were having too much fun to realize we were paying for it all. I wish I’d kept some of those nice guitars instead of “smashing em up.” What would they be worth on eBay now? (laughs) 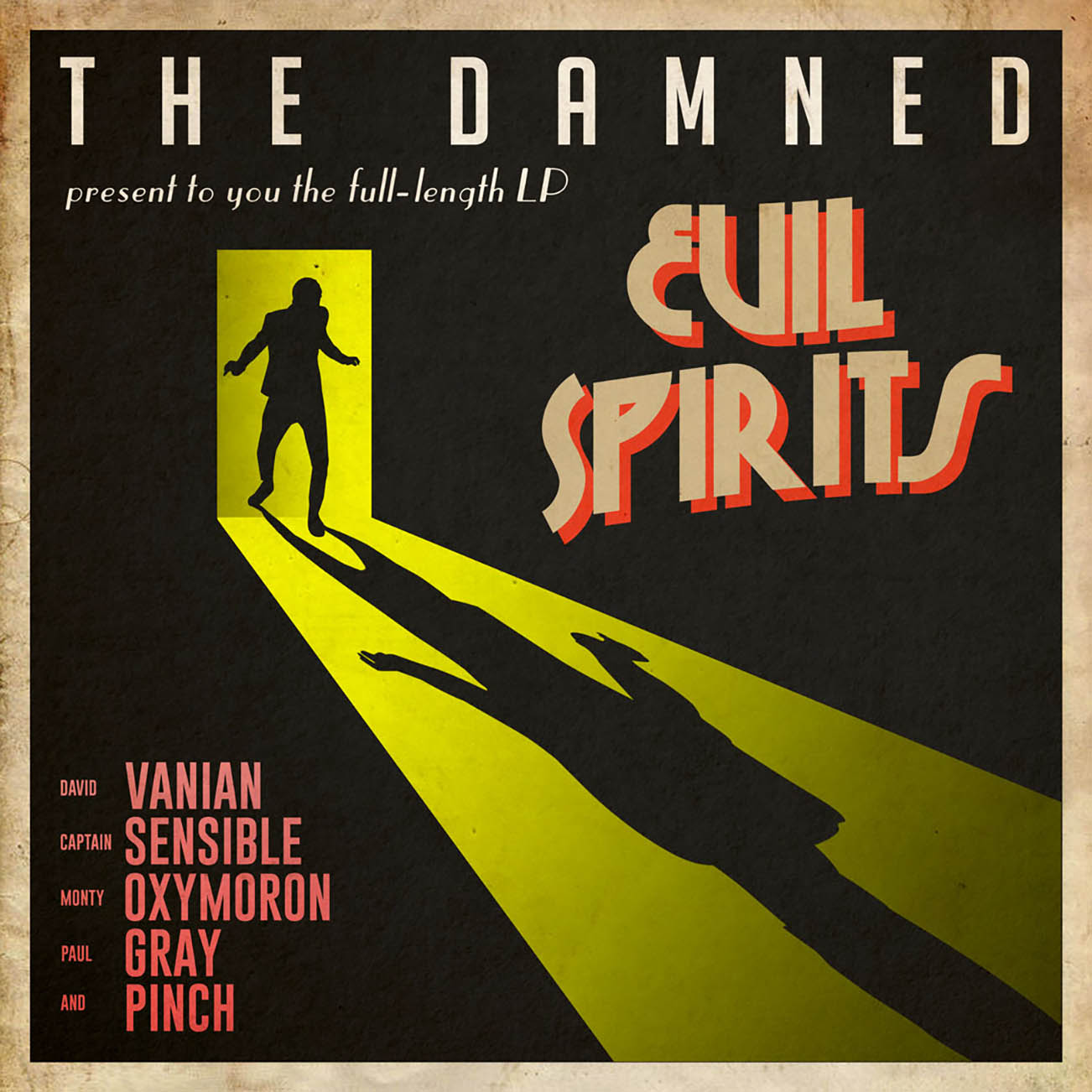 Speaking of covers, “Smash It Up” was famously covered by The Offspring and released as a single. Promise of publishing royalties aside, did you initially enjoy that cover when you heard it?
Sensible: Someone told me guilt over nicking our riffs led Dexter Holland to sign us to his label, and that’s how we recorded Grave Disorder for Nitro Records. He was a nice guy, though, and even lent us his private jet to travel to gigs in. It had an anarchy sign on the tail plane, but thankfully the pilot didn’t throw the aviation rule book out of the window in mid-flight.

If any other big bands out there want to cover a Damned tune, go right ahead, it’ll enable me to keep the Sensible lifestyle going a while longer.

Is there anything that you are still hoping to accomplish as a member of The Damned?
Sensible: While a fairly impossible task of course I aspire to make records as good as Pet Sounds, Odessey & Oracle and Sgt Pepper. Damned Damned Damned was gnarled punk perfection. So bad it was good. Machine Gun Etiquette blended punk and psych, and the Black Album kick-started goth. Evil Spirits has the same adventurous quality.

Damned aside, is there more coming from The Jack Tars?
Sensible: One of us has always been too busy recently, which has put the brakes on. We actually have new material written, but it’ll have to wait. Jack Tars are a bunch of mates who occasionally get together to play each other’s songs and have a laugh backstage about the foibles and idiosyncrasies of our relative bands. There’s always enough of them from The Damned to keep Jim, Mike and Chris amused.

Check out “Standing On The Edge Of Tomorrow” by The Damned.


When not busy with music, how do you like to spend your free time?
Sensible: The non-stop 24 hour party lifestyle has been curbed by the old carcass slowing down with age. The brain is still willing of course, but, sigh! Mrs. Sensible and I saunter into Brighton and have lunch most days. There’s quite a few veggie cafes, and we like to travel too. A recent trip to Palermo was fabulous. Then, we took the ferry and train to Naples where we ate at the famous Da Michele pizza restaurant. That’s as rock and roll as I get these days. Well, apart from falling off stages. Which I did recently in Toronto, breaking a rib.

Finally, any last words for the kids?
Sensible: Yes. I wasn’t always in The Damned. My son, Fred, directed a film documentary about my first band, The Johnny Moped Group. Unlike our rival Croydon bands, who would invariably play versions of popular rock songs of the day, all that practicing scales nonsense wasn’t for the likes of us — and we decided we were above all of that, being avant garde jazzers. Which was true to a point, as Johnny was a natural at improvising lyrics on the fly, while the rest of us made a pretty mad noise.

My Dad worked on public lighting for Croydon Council and said he’d hear us blasting away in the living room from several streets away as he cycled back from work around midnight. He never stopped us playing though, telling the neighbors who complained about the noise to “join the queue.” I remember his words, “I’m not sure about the rest of you, but that Johnny Moped has certainly got something.” Which was true, because, shove him on a stage and Johnny would suddenly transform from bumbling idiot to consummate rock god. It was, and still is amazing!

The movie’s name is Basically Johnny Moped, and I was so impressed by Fred’s work. I thought, “Where does he get his brains from?” Certainly, not from me.

A live cover of “Smash It Up” by The Offspring. 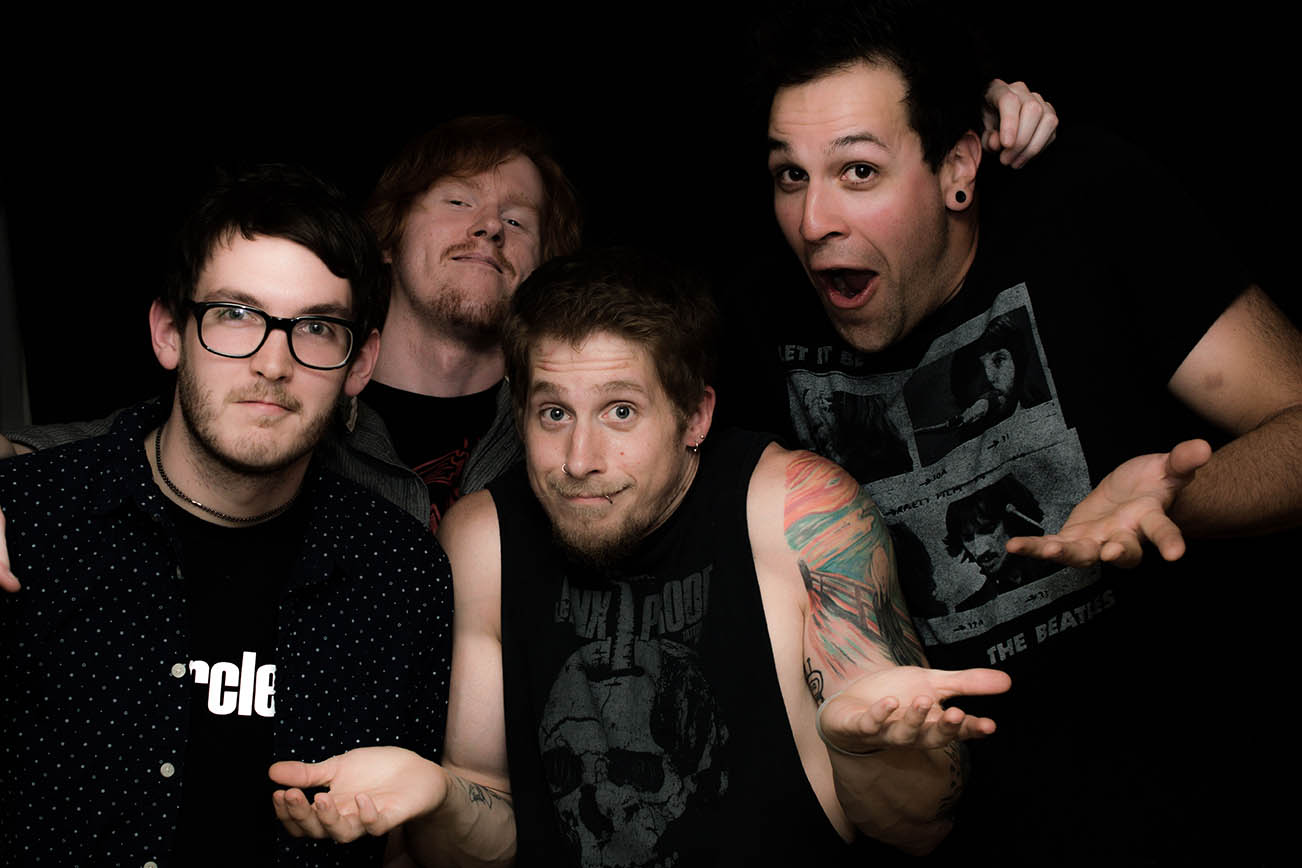 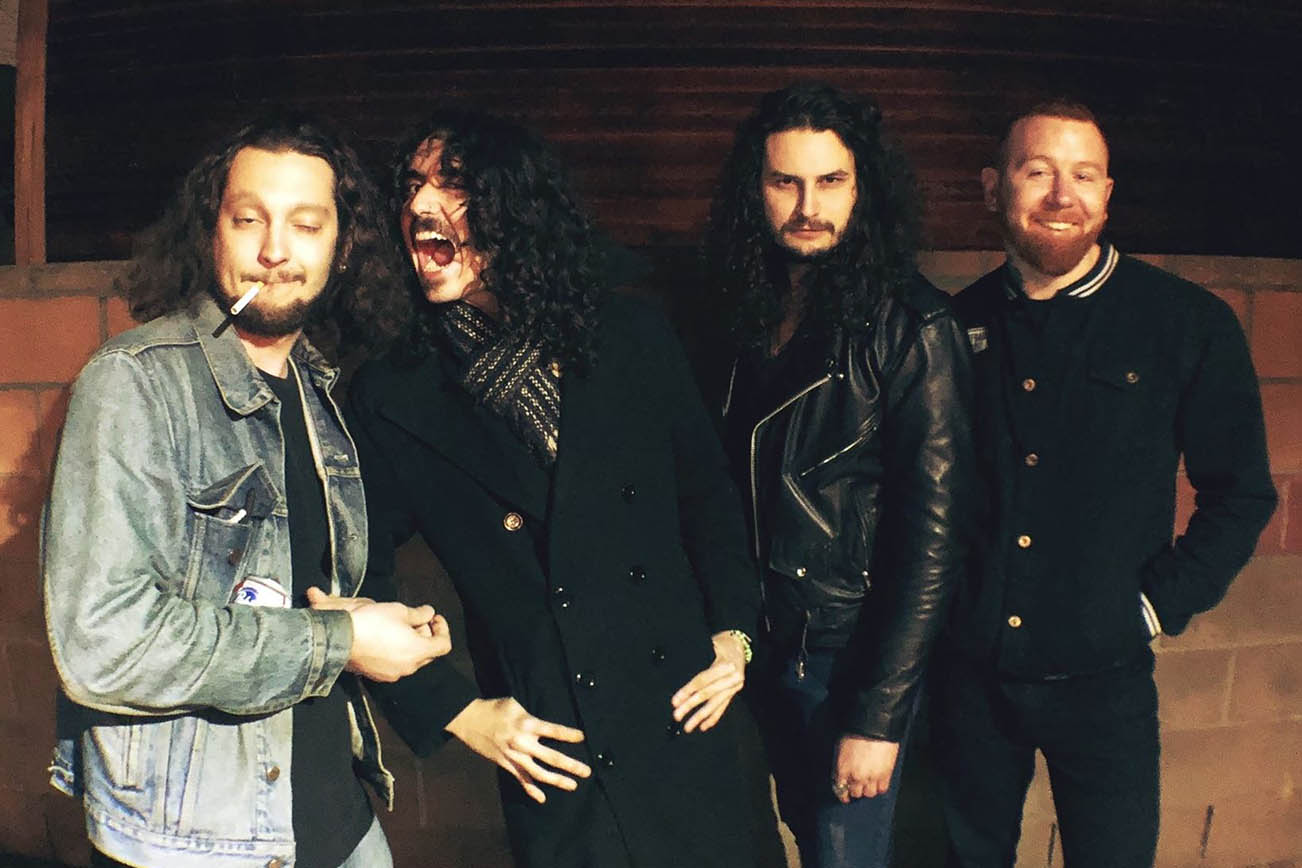