Can I just say here how much I love the Canadian music scene? While it would be so very easy to simply write “Another fine evening of music at the Horseshoe” as the pull quote for this performance, tonight’s show had a very celebratory vibe to it. And not just because The Celebration Army ended off the evening.

SATE, the daughter of Canadian blues and jazz pioneer Salome Bey, has a stage presence that is hard to describe with mere words. I’ll still try though: She emotes a level of confidence when she performs that few can come close to, and has managed to surround herself with a troop of musicians who can play off of her as much as she gets to play off of them. If you are reading this as a music fan who has seen her before, you already know what I’m talking about. If, by chance, you haven’t already seen her, check out the live video clip below.

Yes, one can do FAR worse with their hard earned money than an evening out with SATE. While this “What Did I Do” clip is a live version of an older song from her debut album RedBlack&Blue, SATE road tested about four new tracks this evening from her upcoming new studio release, The Fool, due out in May or June of this year.

Boasting a wonderfully animated backing band that includes guitarist Ben Healey and bassist Alex St. Kitts, SATE had the audience swelled around the stage singing and hollering along to her songs for the duration of her show, engaging them in both her classic songs and her newer material throughout her full performance. The level of performance SATE brings to the stage can only be described as world-class. Every time I see her play I feel lucky for having had the experience, and eager to see her do it all over again.

As if seeing SATE wasn’t enough for the $10 admission fee this evening, Winnipeg’s Solhounds along with Toronto bands CATL and The Celebration Army also performed. Solhounds, making their first round of Ontario club shows with SATE (there were 6 to 8 shows on this micro-tour around the Toronto area) were up first. Their sound was both lively and heavy, derivative or bands like Rage Against The Machine and Hole. Vocalist Elise Roller screams into a microphone fashioned with the receiving end of a shotgun as her lively band-mates bounce about the stage on either side and behind her adeptly. They started out the evening with nobody on the floor in front of them and finished off their set with a swell of people cheering their music and commenting on Roller’s vocals. Roller took the time to thank SATE for having them along for these dates, expressing that she started out as a musician hoping to get the chance to tour with her.

It’s hard to believe I hadn’t seen CATL before tonight. Given how active they are as musicians, and how long they have been making albums, along with the fact that they play a style of music that I genuinely enjoy – it was a treat to see them this evening along with SATE. Their music is an uptempo celebration of Bo Diddley beats, complete with lively guitaring and charmingly contagious lyrics. Sarah Kirkpatrick (drums and vocals) and Jamie Fleming (on the Gretsch guitar with vocals) performed as a duo, side by side on stage with Sarah behind a minimal stand-up drum kit. A tambourine rested on the side of the leftmost drum to provide a little extra shake to the songs as they worked their way through their set. Kirkpatrick was quite animated throughout the performance, cracking jokes for the audience throughout their performance. A band I will definitely see again.

After SATE’s performance, a girl from The Celebration Army’s camp started working her way between people in the crowd draping fake strings of flowers atop of the speakers at the front of the stage. A simple back-lit sign with the band’s name was set up in the back corner to the left of the drummer. The sign was turned on, and shortly afterward The Celebration Army took the stage, delivering an hours worth of sixties-psychedelia-tinged songs that blended in some elements of seventies glam rock and even some of the Flaming Lips playful aesthetic tossed in for good measure.

I walked around in the venue a bit after photographing the first few songs from The Celebration Army and took in the venue a bit. SATE was chatting with Second Pass vocalist Veronica McNamee close to the merchandise table. Leon Harrison, vocalist from The Lazys, was back by the bar chatting with a few friends. Sarah Kirkpatrick was signing CDs a fan just purchased. Elise Roller was laughing with a few of her bandmates and a couple of new fans by the soundboard. That thing I mentioned earlier about how much I love the Canadian music scene? I really did mean it.

The Celebration Army – When Your Love Is On The Loose – The Horseshoe Tavern, Toronto – March 29th, 2018. 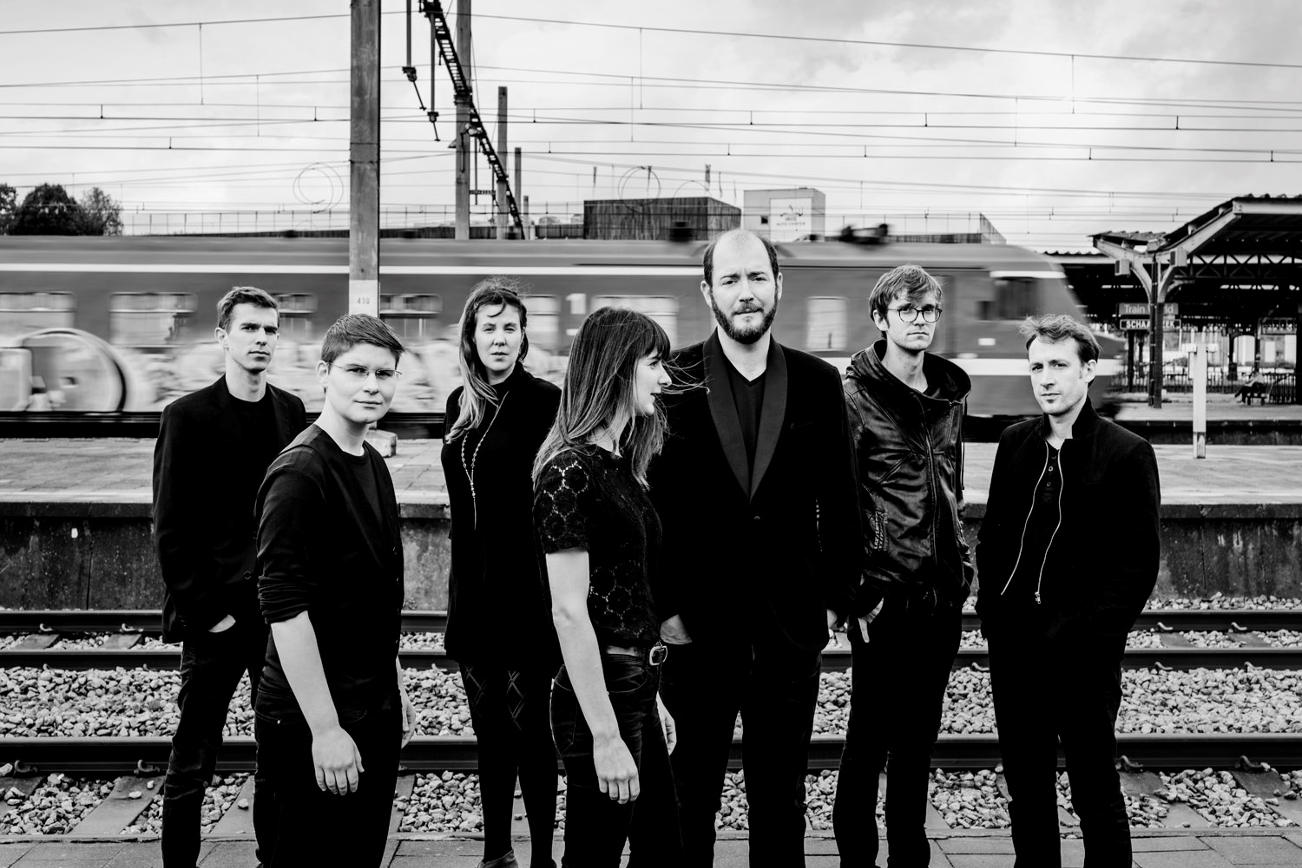 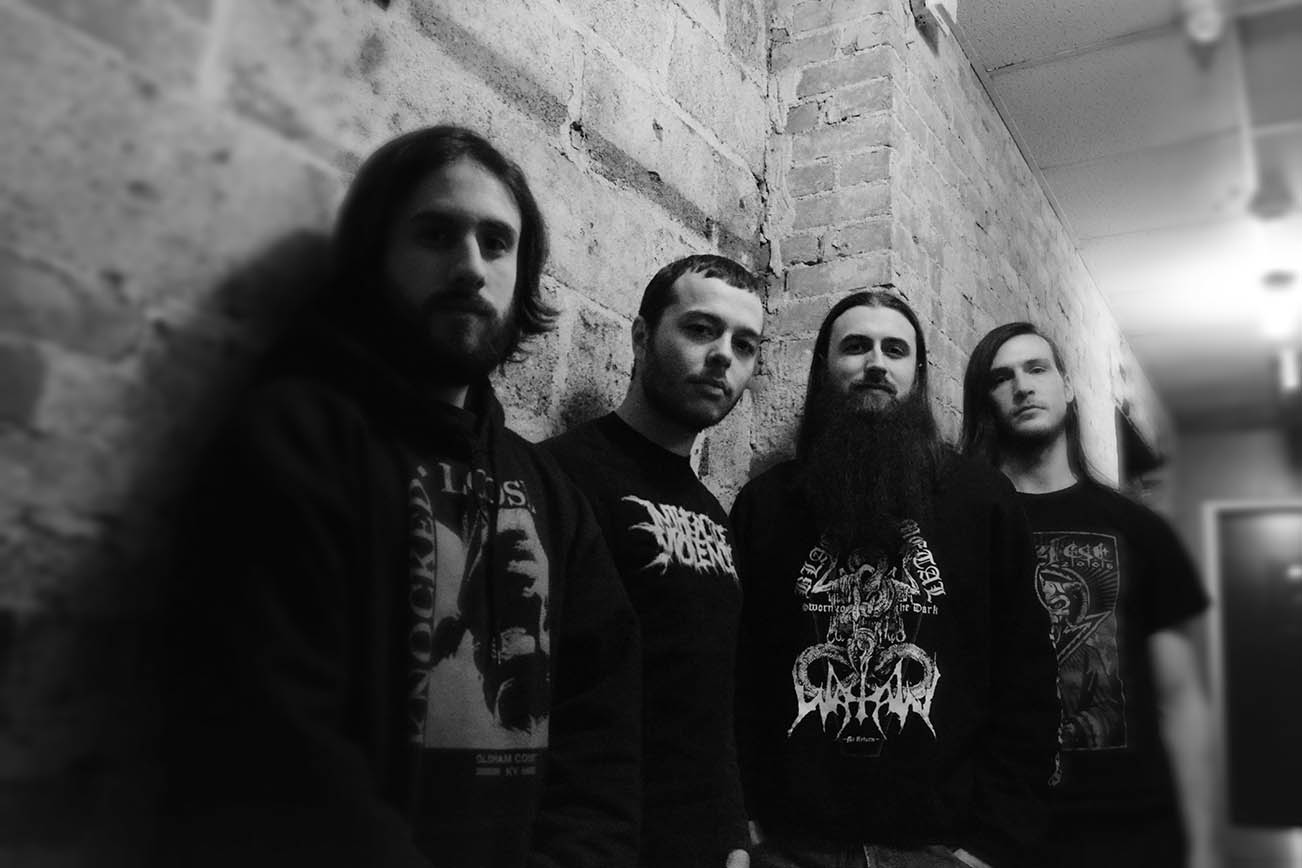