Water might not do the trick, Blaze The Fireman is coming in hot! Growing up in a rough Toronto neighbourhood shaped Blay Armah, who notes: “I live in a neighborhood within a community that sparks fire every corner you past. Most of the time it’s violent, sometimes it’s peaceful but it’s always home.”

He’s been rapping for 11 years, in and out of groups that left him no choice to fly solo. He has performed at venues such as the Hard Rock Café, Poor Alex Theatre and alongside a two-time Juno award winner. He also released The Heatwave and his latest work Surviving The Times which helped to raise funds to support cancer research. We recently sat down to get to know the man that says “people should begin caring about words again.”

You state you grew up in a rough neighbourhood in Toronto. What neighborhood did you grow up in? What precise moment made you say I want to become an artist?
Blaze The Fireman: I grew up in a hood called “The Lane” which is also an abbreviation living – Against – ni**as – envy, within the Jane n Finch community. The moment that made me say I wanted to become an artist was when I heard a rhyme from a friend at the time inspired me to get into music. At first, I wanted to be a DJ but knew nothing about djing and then I attempted to write my first verse. The feeling that arose from writing it and receiving props from my peers was something special.

You state that your neighbourhood sparks fire every corner you pass. Is this how you came up with the name Blaze The Fireman?
Blaze: No. Blaze was given to me by one of the homies in the neighborhood and later I added “The Fireman”. The reason I said the neighborhood sparks fire every corner you pass cause it’s like where ever you go there’s inspiration, emotion and you can’t help but talk about it or express yourself.

Listen to the track “For The Gold” while you read along.

You have been rapping for 11 years now, when was your first gig that you got? What song did you write for the first time?
Blaze: The first gig was a boys and girls event and at the time we were kind of managed by one of the O.G’s in the hood who was working with the youth. I think the very first one was in some business building downtown. And we gave them a show. One of the first verses I wrote was “Is blaze muthaf***a whatcha you gon do, is the illest and the leader of the A.B.M. crew”… back then a group of us we were called A.B.M. (all about money). My rhymes got better with each song. I was always known as the best when it came to lyrical ability in the group.

You state in your bio, there were a lot of rap groups you were involved in. Can you tell us what groups you were a part of and what happened for you to fly solo for good?
Blaze: It started off with a group friends, all of us just being huge fans of hip-hop. And as time passed some left, others were added, the groups evolved, the name kept changing. The reason I left and flew solo because they’re was a lot of envy and jealousy stirring in the group because of the fact I was the fan favorite, I received the most attention and simply because I’m just really good, So, they would do sneaky things to kill my noise and try to control me. I held my own and left to go do my own thing.

You have performed in the Hard Rock Café, Poor Alex Theatre, in New York, Washington D.C and performed alongside two-time Juno Award winner Liberty Silver. What was your favourite show that you performed?
Blaze: Out of those ones I think my favorite performance is New York. I was out on my own, took care of the trip out of my own pocket and got the show out of my own strength. It was a cool experience just being in the states for the first time. 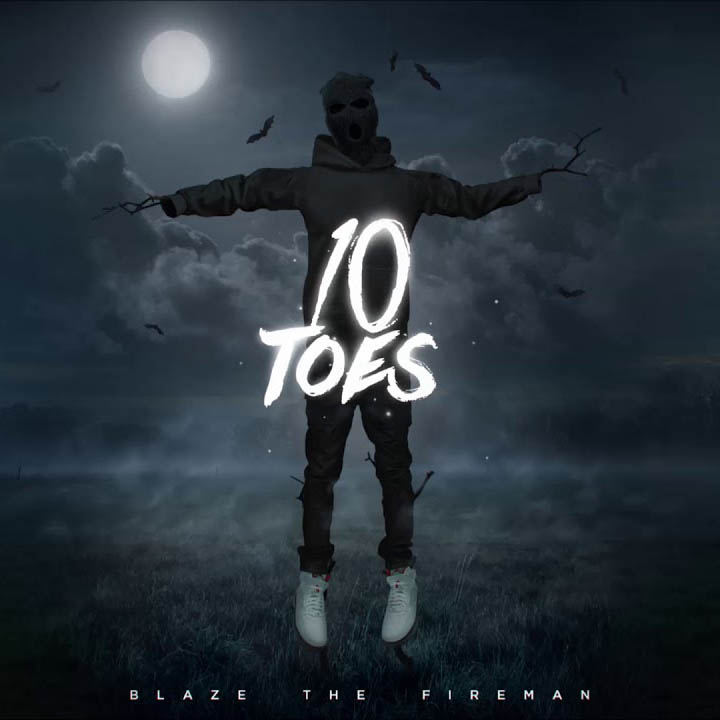 How did working with Liberty Silver have an effect on your music?
Blaze: I don’t think it had any effect on my music but my business yes. Cause we had a long, cool conversation after the show. She was telling me how much she was impressed of the fact that I was able to put a show together with different acts on my own. And how that was my first step in wearing the business entrepreneur hat, gave me more jewels to continue on and invited me to her house.

Your album Surviving The Times was used to raise funds to support cancer research. This is a kind gesture that will not go unnoticed. You speak of overcoming tough times in this album and how to try and persevere through it. Can you describe how this is so important to let people know that it is okay to go through something, in a social media dominated world, that pressures people to be at their best, and in some cases like others.
Blaze: Yea creating that project Surviving The Times I was under house arrest at that time, so things were different. It reflected in the music which is why it has such a tone. What I’ve learned through the tough times is it’s important that you have someone you can share things with or have something you can express yourself whether it’s through music or anything you love. Social media is cool but it’s not the place to share personal things. You give people room to judge you and parade around your downfall. Never give the haters a chance to smile.

Some of your latest singles, “10 Toes Down” and “Castaway”, have been popular on YouTube. One of your last hit track’s, “Gold,” was about the importance of success and continuing to strive for it. What messages are you trying to convey in these tracks?
Blaze: “10 toes down” is a story tell about a hustler who just came out of jail. He’s trying to better his life for the sake of his family and kids. But it’s hard, because selling drugs is all he knows and the only way he can provide food on the table. So, he battles with thoughts in his mind and the mother of his children at home. “Castaway” is about wanting to get away from the bullshit and finding a place where you feel like people understand you and be free from all of the things that is holding you back.

Yessir, you can stream the “10 Toes Down” single right here.

Who have you worked with on your music that you would like to point out, that has helped you make your music?
Blaze: I’ve worked with a lot of people but only a few that I have been affected by. Nat Turner who Executive Produced the last project Surviving The Times who is the son of Liberty Silver. Snaz who has produced for DMX, Crooked I, and many more. Aloysius Brown of Tone Mason who produced for 50 Cent, Maestro and many more. I’ve worked with engineers like Lonnie Szoke who has worked with Drake in the past, who produced Keshia Chante’s first album, currently working with Jesse Yonge at Sunny Diamonds studios where Roy Woods records or sometimes I’m at G spot studios where a number of celebrities have walked through the door, the likes of Snoop Dogg, Rae Sremmurd, Sarkodie and Toronto’s own Tory Lanez.

You state in your biography, “I want people to start caring about words again.” Do you feel that carelessness in words in hip-hop now, has been one of its biggest faults in the genre?
Blaze: Yeah, but there’s nothing you can do about it. The genre has changed, and it has evolved. And the way people listen and consume music is different. So, you either gotta create your own lane or create music that caters to everyone. I just have fun with it, depending on the beat I can come up with something that’ll please the microwave era or something you can listen to 10 years from now. At the end of the day you have to create for yourself. If they like it, they like it, if they don’t, they can go run on a carpet filled with glass and nails.