Having formed over seventeen years ago, Swedish rockers Takida are now playing sold-out arenas in their home nation. Following an intimate show in London at the end of last year, we had a quick chat to drummer Kristoffer about the past, the present and the future.

Thanks for your time. You recently played a show in London, how did that go?
Kristoffer: It went really good thank you! A small and intimate venue but it was packed and we got to play for fans that had been waiting for years to see us.

Looking back over the last twelve months what would you say have been the highlights and lowlights?
Kristoffer: I must say one of the highlights was playing one of Sweden’s coolest venues last summer. The place is called Dalhalla and it’s a shutdown opencast where they’ve built a big stage in the middle of a lake. We invited friends like Fatherson(UK) and Ryan Star(US) and sold the place out. As a lowlight I must say some boring business stuff that had to be dealt with. We parted ways with some people in this industry that didn’t live up to our expectations.

Looking ahead to 2018, what are your plans and are there any specific goals you would like to achieve?
Kristoffer: Writing new songs and putting out some new music. Touring Europe again is something we want to do and of course including the UK.

You formed just over 17 years ago, how would you sum up your career to date?
Kristoffer: Back in the earlier days we did about 100 shows per year where we did everything ourselves… driving the van, carrying equipment on and off stage, booking stuff, merch. etc.

This hard work lead to us building a strong fan base that gave us the fuel we needed to keep on going. Around 2007 we put out a song called “Curly Sue”, which took us to the next level when it topped charts and broke many records. Still today, with both ups and downs, we’ve been able to keep our high place on the Swedish rock scene.

17 years later, how do you feel you have developed as musicians and as a band?
Kristoffer: A lot in many ways. Since playing together for so many years you really understand each band member’s style and way of playing, so everyone adapts to each other musically and gets tighter and tighter. The same thing goes with the social aspect of being in a band. Everyone has their better and not so good sides. You appreciate the better ones and learn how to deal with the not so good ones.

Your latest album A Perfect World was released earlier this year. Having had time for the album to grow on you for a few months, what do you think of it now?
Kristoffer: Still very satisfied with the album. I honestly think it’s our best one. Both harder and softer songs but still harmonizing together throughout the whole album.

Do you enjoy the writing process? How does the writing process work with Takida?
Kristoffer: Yes we do. A great thing with Takida is that everyone has ideas and write songs. We meet up in the rehearsal room or in the studio and throw ideas at each other. It can be a short riff or foundations for a whole song. We try it out, and if we like it, then eventually it turns out to a Takida song. Our singer Rob writes all lyrics.

You’ve spent a lot of your career building up a massive profile in Sweden. How does it feel going from headlining arenas in Sweden to playing smaller venues in countries where your profile isn’t as high?
Kristoffer: Playing big arenas is cool and mighty in so many ways but, in the end, it’s about seeing the fire in the eyes of an audience and giving it back to them, that makes a show great. No matter if it’s 10, 000 or 100 people. Breaking new grounds is just exciting.

What is the Swedish music scene/industry like? How has it changed over 17 years?
Kristoffer: Pretty much like the rest of the world I’d say. People don’t buy albums at their local record store anymore. (Kinda hard when they’re all shut down by the way) Most kids don’t even know what the concept of an album is nowadays. They listen to songs and make their own playlists on Spotify. When it comes to live music I don’t think it’s changed that much. People still like to watch a concert and I hope it stays that way in the future.

Curveball question now, if you could travel in time to anywhere past or future, where would you go and why?
Kristoffer: I’d make a long journey back in time, ending up in the 60’s. Making stops at every century to watch iconic bands and artist at the peak of their career! How about Woodstock 69 as a final destination?!

17 years of gigs must have left you with some great stories. Any favourites you can recall?
Kristoffer: Haha! Oh yes…but let’s just save that for the book…

And where do you go from here…any goals left to achieve?
Kristoffer: Yes! Europe and the rest of the world is still at our feet so to say…

Sum up your career to date in one sentence…
Kristoffer: The time of our lives mixed with blood sweat and tears…

Thanks for your time, anything else to say to finish?
Kristoffer: Thank you! To anyone reading this… hope to see you at a venue near you in the future. 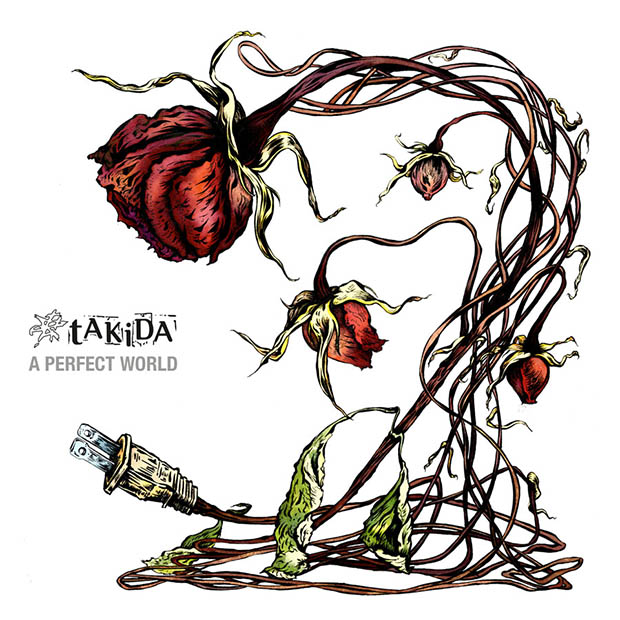