The UK’s Bloodstock Festival (also know as Bloodstock Open Air or B.O.A) is one of summer’s most important Metal gatherings and this year’s edition will take place from August 10th to 13th. The line-up is extremely impressive and includes genre front runners like Megadeth, Amon Amarth, Ghost, Testament, Blind Guardian, Kreator, Hatebreed, Arch Enemy, and more.

The fest also includes a space to exhibit Metal-related visual imagery. It’s called the Rock And Metal Museum (RAM) and is located within Bloodstock’s premises. This sort of gallery not only features original artworks but also pieces from other art disciplines like photography, custom guitar making, art-related literature, etc..

We recently spoke with RAM and Bloodstock mastermind, legendary artist, Paul Raymond Gregory (who has painted many album covers for groups like Saxon, Dio, Blind Guardian, etc.) about the past, present and future of the festival and most especially, it’s art gallery. 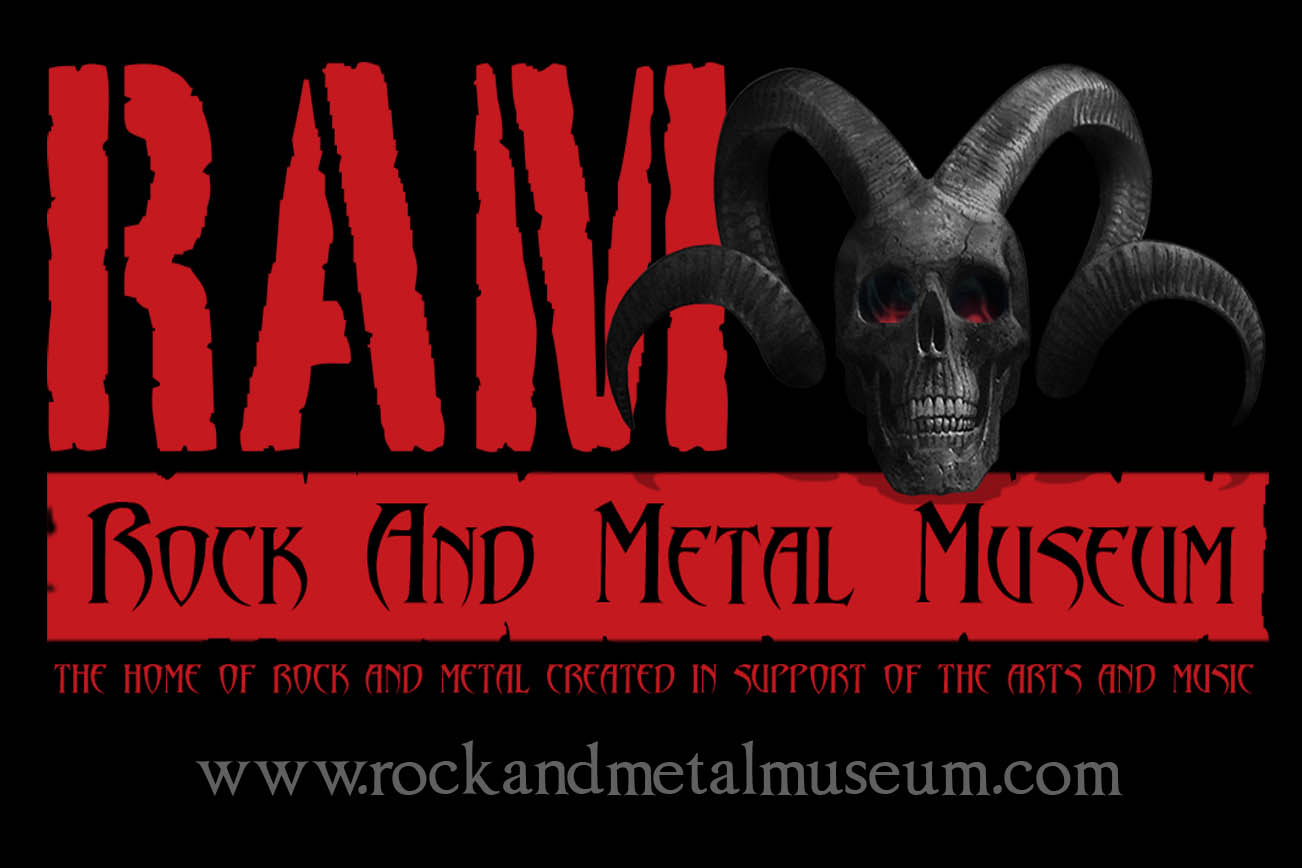 How did Bloodstock start?
Paul Raymond Gregory: It was pretty much by accident. I was looking for somebody to do my website, this is how bizarre it is, and I found this guy. I knew he was a Metalhead and he presented me the idea of putting a festival together. And I said, “Great idea”, I didn’t think about it because to me made a lot of sense. I think it is a natural progression for me as an individual to be part of something like that. And I ended up with the festival in the end. It was about four of us, but it was obviously quite a costly exercise and eventually, it was just me. So I went and developed it from there.

The Rock And Metal Museum (RAM) was created just a few years back, after the festival was well-established. How did you come up with the idea of having space within the festival to promote the art of Rock and Metal?
Gregory: I had my own gallery many years ago holding some notable exhibitions. I decided to sell the gallery to concentrate on my own work which was inspired by Tolkien’s fictional universe. It was one of my Tolkien pieces that came to the attention of Saxon’s manager in 1983 the album was Crusader released in 1984. In 2014 I decided to celebrate my thirtieth anniversary with the music industry by returning to my roots with a gallery at Bloodstock.

The gallery has evolved since its inception and it’s still going through constant changes. Are there any significant changes or additions to this year’s edition?
Gregory: The gallery will always be adding new artists, authors, photographers and any other talented muse we feel will sit well with the gallery and its aims. This year (2017) we have artist Eliran Kantor, Luthier Cynosure, photographer Paul Harries, artist Daniel P. Carter, artist Christian Sloan Hall, myself, Paul Raymond Gregory, etc… 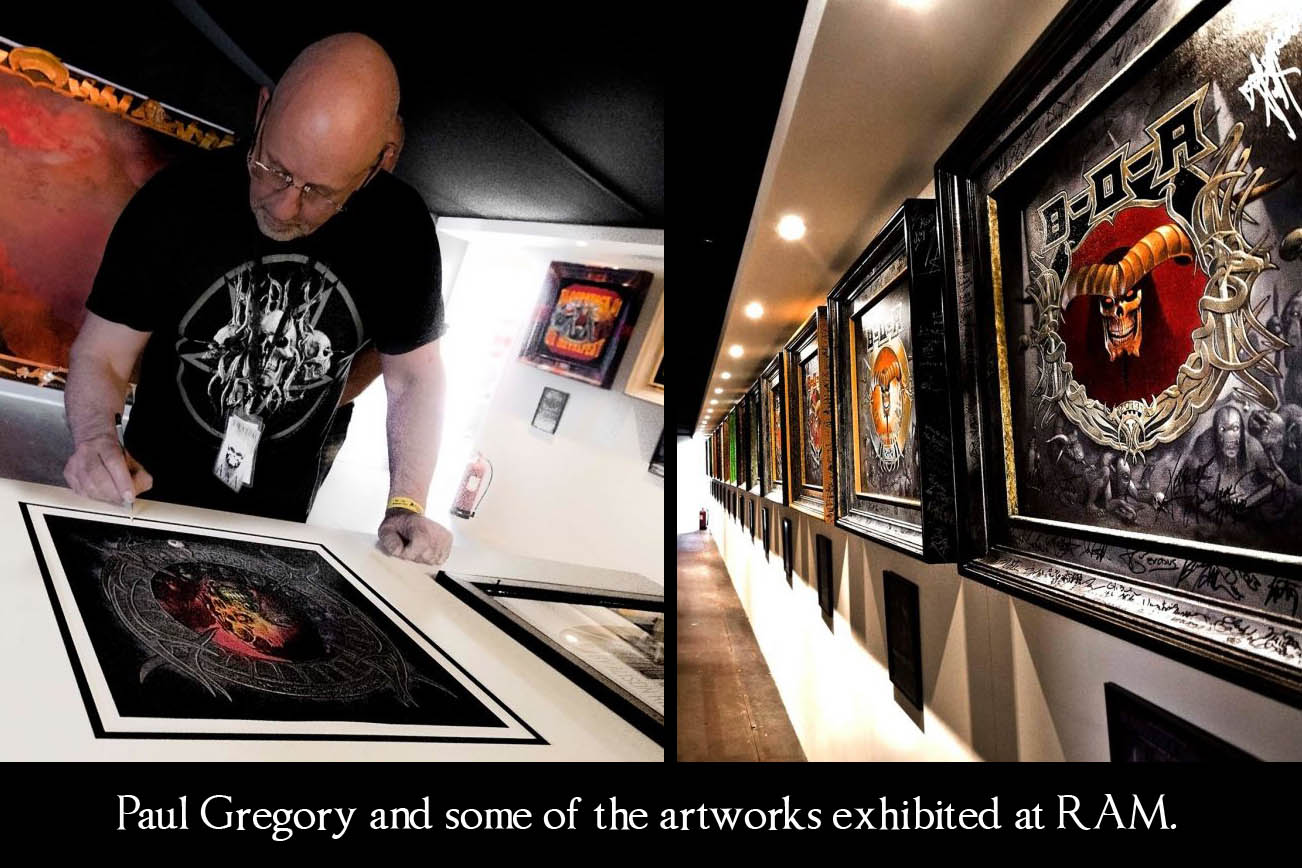 What’s fans and bands’ overall reaction towards RAM?
Gregory: It seems the fans and bands love the idea and look forward, as do I, to its development via my next project www.rockandmetalmuseum.com.

You have expressed having plans to expand the RAM concept beyond Bloodstock. Can you tell us more about it?
Gregory: So far, the RAM has taken the form of a temporary exhibition space hosted by Bloodstock, the UK’s No.1 Metal festival. Our ultimate aim, however, is to establish a permanent, purpose built, bricks-and-mortar hub allowing a major expansion in the size and scope of what we can offer. This would include a live venue and bar, studio and rehearsal facilities, and a permanent exhibition space exceeding the high standards fans have already come to expect. Beyond this, the possibilities are simply a matter of imagination, with photographic, design, and merchandise services being just a few of those in the pipeline. And with the help of our growing list of industry supporters and sponsors, opportunities for future creative collaborations will continue to flourish.

How can festival goers find the gallery on Bloodstock’s premises?
Gregory: The Gallery is simply right of the main stage.

Did you ever imagine a decade ago that you were going to be doing Bloodstock in 2017?
Gregory: No. Not at all. It’s like Hamlet, the eternal optimist. I think you need to be that if you’re in a business of any kind. But is a fan thing. I never looked upon it as a money-spinner. For me was a passion that I wanted to create something that was unique and that I could see developing. So I think for me it has to be the passion of doing something you want to do, and that is how it has worked. The fans see that, they see it’s not corporate and we do it because we love to do it, and it’s just natural, organic. But we actually do try to make sure that they get value for money, not financially but in terms of what they see. We are probably the only metal festival, true Metal festival in the UK. 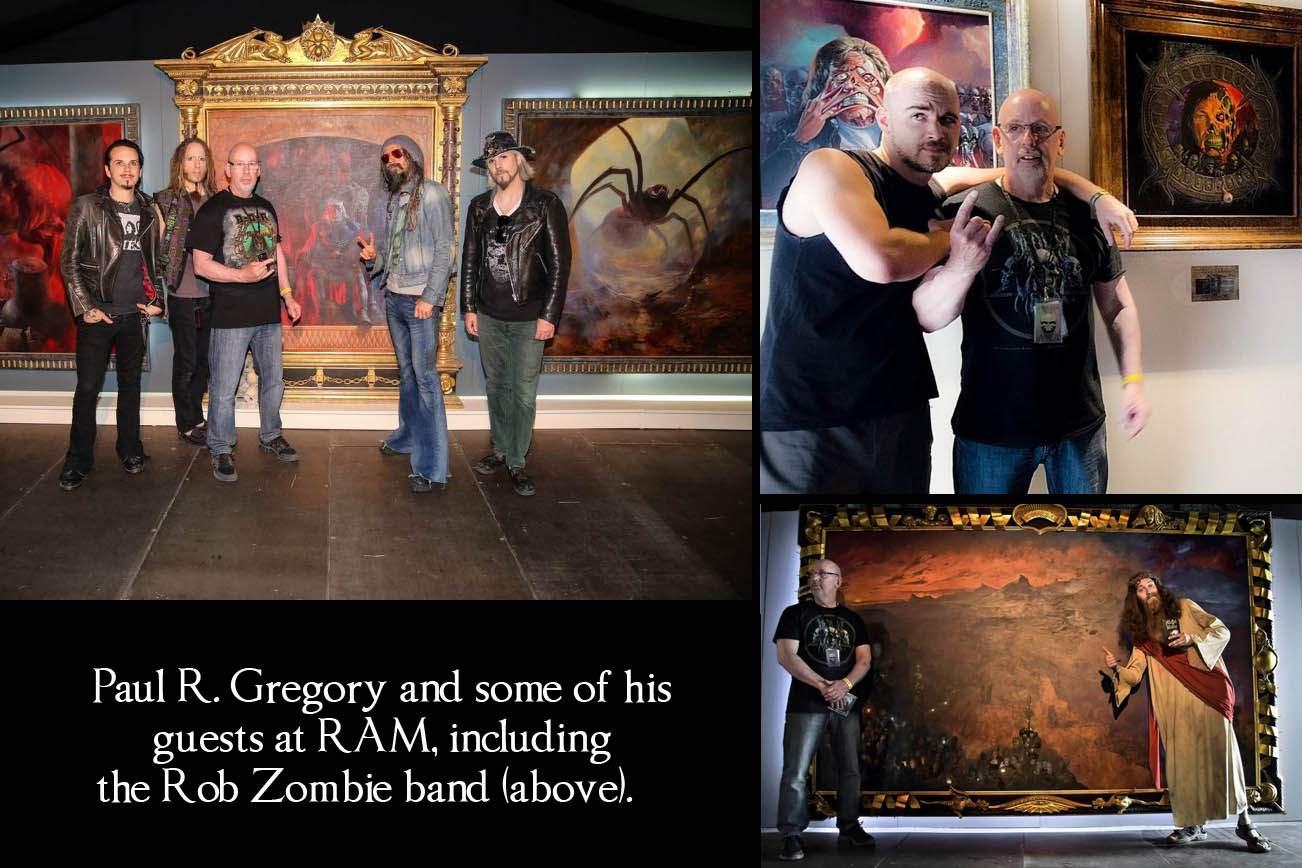