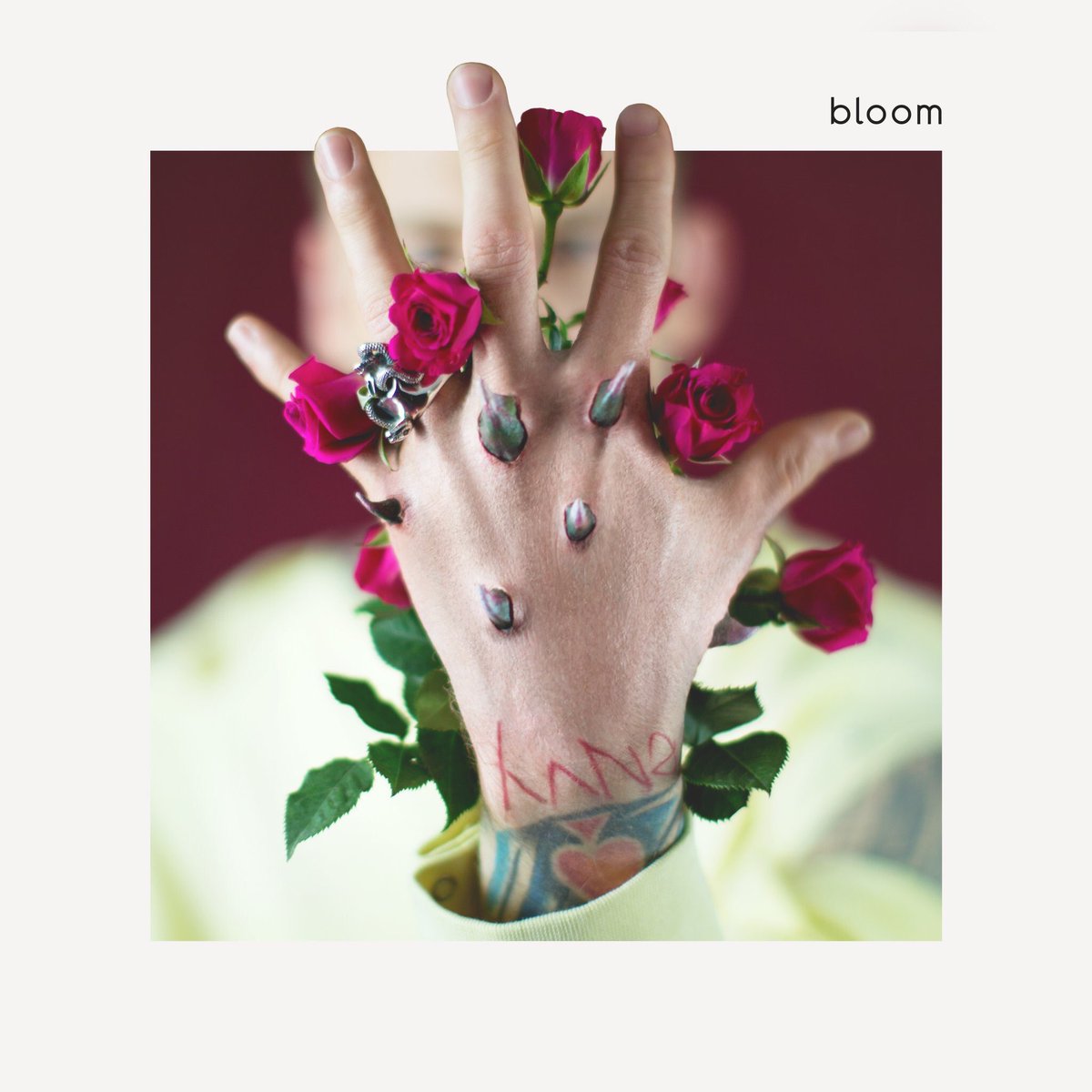 Machine Gun Kelly (aka Colson Baker) is a Cleveland-based rapper who has been peddling his attitude-filled rhymes since 1990 although it took until 2011 before his major label debut, Lace Up, would introduce the world to MGK.

Well, judging by his upcoming appearance at Download Festival in the UK this Summer, Mr.Kelly has clearly got the rock scene in his targets but will the rock scene welcome Bloom and MGK with open arms or will he be sent scurrying with his tail between his legs? It’s a tough one to call because, on the one hand, there is some similarity between the musical direction of Bloom and some of Eminem’s more laid-back moments but at the same time we all saw how badly the rock scene reacted to Linkin Park’s recent “Heavy” single. In essence, Bloom is an album with two personalities. You’ve got the likes of “Go For Broke” where the material has a real chilled out groove to it while, “The Gunner” sees Kelly start the album in fairly potent fashion. Basically, Bloom is an album with many faces. There are the laid-back vibes of “Rehab” where MGK veers away from his agitated rapping in favour of a more emotional style but then there is also plenty of reference to money, drugs and the rest of the usual hip-hop fodder.

At the end of the day, Kelly has delivered an album that, like Eminem did before him, sees him moving away from angry kid exploding at everybody and chilling out with some fairly relaxed, laid back tunes. Now rock fans, let’s see how you react to this one!

Check out the track “At My Best”