Monday morning was a bit of a slow start for the city of Boston – heads hung low, conversation was at a minimum, and coffee lines were longer than usual as many scrambled to get back into the swing of the work week. But what was the cause of this lull in morning motivation, you might ask? Well, with the Boston Globe recently stating that Massachusetts is the most Irish state in the country, this was all indication many took part in an extended celebration of St. Patty’s Day this past weekend.

When you think about St. Patty’s Day, what comes to mind? Probably lots of green accessories, pots of gold, and beer. If you ask someone in Boston what comes to mind about the holiday, the top of the list is apt to include the Dropkick Murphys. The local favorites kicked off their first night of a sold-out three-night hometown run at the House of Blues the Wednesday before St. Patty’s Day. To top off a busy week, they also played shows at the Agganis Arena and Brighton Music Hall over the weekend.

With a 7pm start, I was surprised to see a rather thin crowd on the floor, but the hardcore band, Reason to Fight, kicked off a rowdy set as the fans started to pour in. Those that arrived early on in the evening were not disappointed by the opening set and there was an energetic mosh pit of fans that formed to get floor moving. Coming all the way from Los Angeles, CA, the Interrupters took to the stage next and properly got the growing crowd warmed up.

Between the stage and the barrier was a platform that allowed the artists to get closer to the crowd during their sets, but it also created a blocker for security, crowd surfers, and photographers from having access to the full width of the stage. For the first two sets, that was not a problem as I would zip through the crowd after the first song and be able to photograph at a different angle for the next. But by the time the Dropkick Murphys took the stage, it was apparent that it was indeed a sold out show. The floor was packed so tight that there was no way I was going to be able to even attempt to weave my way through. It was amazing to see how many people had packed into the House of Blues on a Wednesday night.

Even being two days before the actual holiday date, the audience was a sea of green and ready to celebrate with some new music. Earlier this year, the Boston favorites dropped their ninth studio album 11 Short Stories Of Pain & Glory on January 6th. Playing over two dozen songs, the audience heard a great mix of their new material amidst their older classics. From “The Boys Are Back” to “I’m Shipping Up to Boston,” not a word was left unsung. The inclusion of “4-15-13” was also an emotional point in the evening as it was written in honor of the victims of the Boston Marathon Bombing which hit home for many.

St. Patrick’s Day wouldn’t be the same without the Dropkick Murphys being in town to lead the festivities. If you didn’t make it out to one of their shows this year, you missed out on one of the best ways to ring in the celebrations throughout the city. And with night appropriately ended with “Until Next Time,” don’t worry, I’m sure they’ll be back at it once again next year for this annual run. 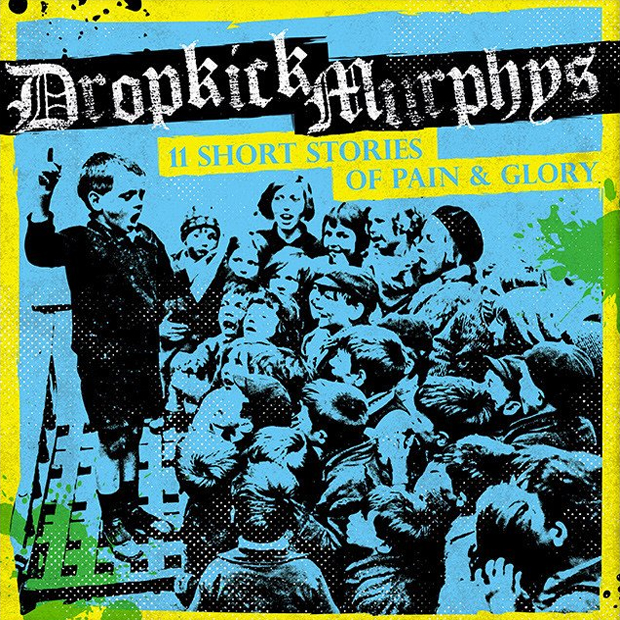