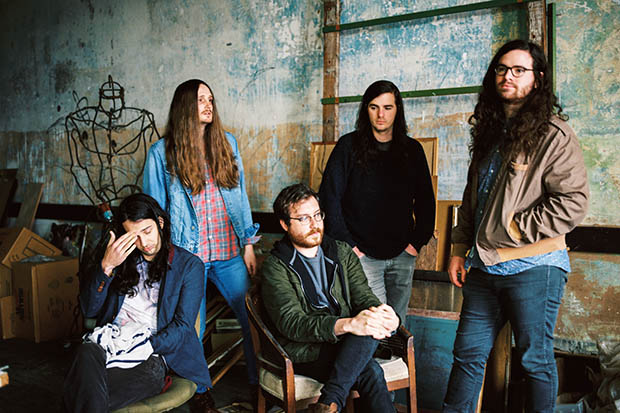 Roadkill Ghost Choir hail form DeLand, Florida and are now streaming the song “Classics (Die Young)” off their forthcoming EP False Youth Etcetera. The album is due out on February 3rd, 2017 and is volume 1 of 2 due out that year. (Volume 2 will be released in the Spring while a full-length incorporating both is planned for the summer.)

“Classics (Die Young)” is reminiscent of Tom Petty and blends rock and folk into a smooth yet gritty result.

“Going into In Tongues (the band’s previous album released in 2014), I was terrified. I had never written under such a pressured amount of time, and I struggled with writer’s block for a good portion of it” said vocalist and guitarist Andrew Shepard. On the new music he elaborates, “It ended up being the first time I didn’t have a timeline, so I went right back to that – me sitting and recording, getting ideas down, and navigating what I really wanted to do sonically and lyrically. False Youth Etcetera is more textural, more synths, more interesting.”