Hitting you right in the “cranium” is our latest free track titled “Imperial Duster” from the fast-rising band Craneium. This four-piece stoner rock group comes to us courtesy of Finland, more specifically in a small rural village called Ostrobothnia on the Finnish bible belt. How’s that for an obscure place? In these parts, people are more likely to nod at the pages of a holy book than heavy guitar rock riffs so let’s just place the members of Craneium in the ‘outsider’ category within their native homeland. Since forming in 2011, their sole intention has been to write and record some pretty intense rock n’ roll. We like the sounds of that!

Eager to get out on the road, as well as to escape the rural surroundings of their upbringing, Craneium got on the road to play as much as possible, while writing music on the road. In 2013, they released The Slowerdrive Tapes on cassette, followed by the 12″ split in 2014 with fellow Finns 3rd Trip. All this writing and playing culminated in the 2015 release of their album Explore The Void a fifty minute journey through heavy rock, fuzz and groove laden band jams. The members of the band admit that they are not exactly reinventing the wheel with their sound, but they come through in delivering power and energy in their music. Explore The Void is just now being given a worldwide release on Ripple Music so check it out! 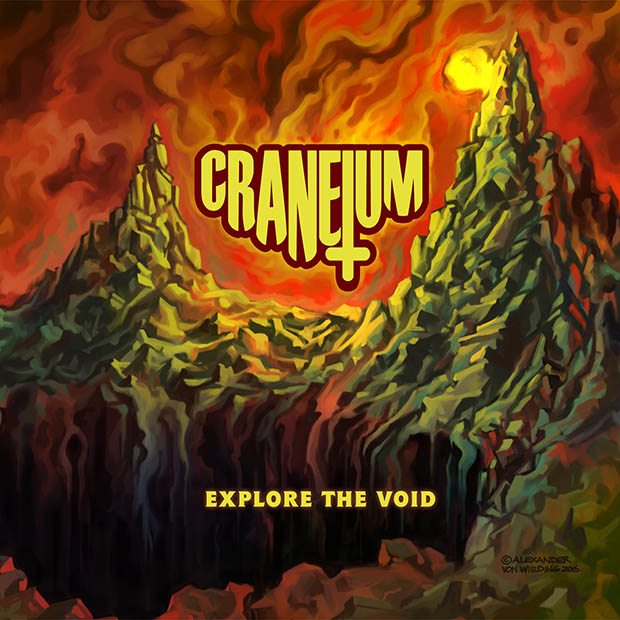