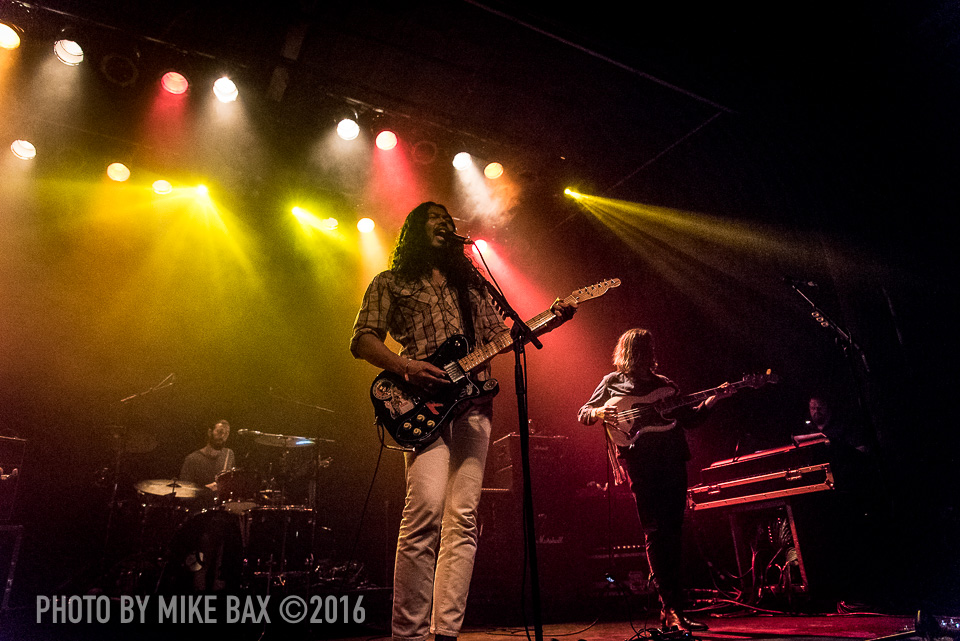 It’s been a while since Toronto has gotten their fill of The Temper Trap.  The Australian indie rock band hadn’t been to The Phoenix since 2012 and the city since 2014.  With no new music since the release since their self-titled album in 2012 they finally dropped a new album, Thick as Thieves in June 2016, giving long time fans the opportunity to see them once again.

The title track from the new album opened up the show, followed up by their melodic 2009 song, “Love Lost”, a song that makes you sing, sway, and tap your toes. The mix of new and old was great. Early in the show they played current radio single, “Fall Together”.  Another notable from the new album that sounded great live was “Alive”.   The guitar puts the song more so on the rock side of the band’s indie rock sound. Noticeably absent from the set list was their more energetic, BPM filled jam, “Fader”.  I’m not sure how longtime fans that were looking to bop around after consuming Friday night beverages would have felt about the possible disappointment.  Almost ending the night, the band played the chilling instrumental, “Drum Song”.   And, of course, finally ending the night was their banger, “Sweet Disposition”.  Even if you aren’t a fan you know this song from Diet Coke commercials and the movie, “500 Days of Summer”.

The show and the band were consistent in vibe and energy all evening.   But it got majestic during “Sweet Disposition” when lead singer, Dougie Mandagi dropped down into the crowd, making a powerful moment for fans.  Even if you weren’t in the front, you felt it.   We knew we all just witnessed great musicianship and, more importantly, music that connects us.   The show in perfect timbre was worth the wait   Metaphorically, something so small and simple was so genuine and big.

Throughout the show, Mangadi had thanked Toronto numerous times and the warm feelings of gratitude continued as he and band mate Joesph Greer (lead guitar/keys) went to the back of the venue to meet a long line of fans.  Whether it was the start or the end of everyone’s Friday night, no one could have left disappointed… if you skip over the “Fader” thing.

Opening for The Temper Trap was new-to-the-scene, L.A act, Coast Modern.  You could say they are like Cage the Elephant meets a bit of Glass Animals.  If you like easy-feelin’-west-coast-surf-type vibes about regular life in your indie pop, check them out!

What If I’m Wrong