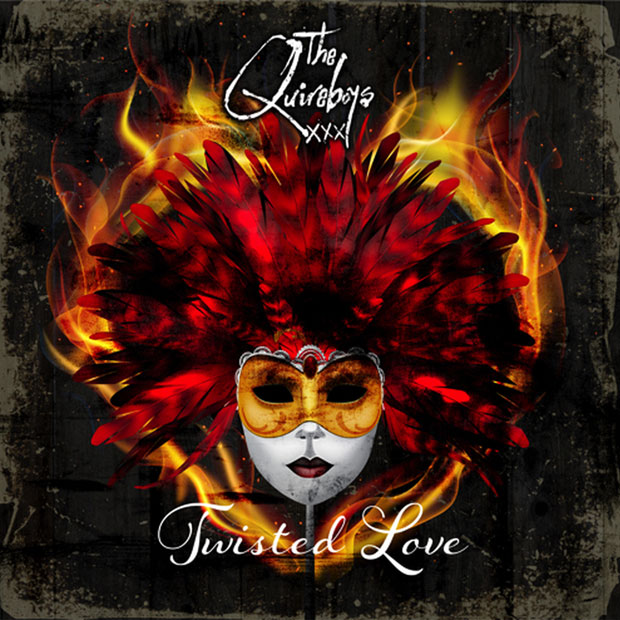 I remember quite liking The Quireboys, led by charismatic frontman Spike, when I first heard them. It was in the early 1990s, around the time of their signature song and biggest-selling single, “Hey You”, and there was something about their raw, no-messing-around sound that just instantly appealed.

The reason I’m telling you this is because the first song on Twisted Love (their ninth studio album) reminded me of why I became a fan all those years ago. Entitled “Torn & Frayed”, it’s a brilliantly uptempo showstopper that recalls Guns ‘n’ Roses in their pomp. The groovy “Ghost Train”, which follows, features some great Hammond organ and if you’re foot’s not tapping along when you hear it, there’s something wrong with you.

Neither age nor the rock ‘n’ roll life do not appear to have withered Spike’s impressive vocal abilities and that amazing voice is particularly earthy and full of passion on the outstanding title track. The female backing vocalists also off set it well. His voice soars again on the Black Crowes-esque “Breaking Rocks”. I loved the rumbling bass and the Hammond (again) on the sexy “Gracie B” while “Stroll On” is pleasantly bluesy. The last track “Midnight Collective” is a modern masterpiece oozing soul and featuring an excellent guitar solo – a fitting end to a fine album.

Not all the ten tracks reach the exceptionally high standards this group are capable of (a few like “Life’s A Bitch” lack that extra something that separates The Quireboys from many of their contemporaries), but having only released their previous album, St. Cecilia and the Gypsy Soul last year, their dedication to their art cannot be called into question. Spike and co. are producing some of the best music of their career and ought to be applauded.

Check out the track “Twisted Love”