2016 marks Phoenix, Arizona-based stoner doom trio GOYA’s fifth year as a band. After singer/vocalist Jeff Owens and drummer Nick Lose recently recruited Sonny DeCarlo on bass, they wanted to get into the studio as quickly as possible to celebrate what they could bring together. Knowing that it takes time and care to craft original material, they decided to record a couple of covers for the time being. All three members grew up in the ’90s, so the logical choice of band for them to cover was Nirvana, particularly with the twenty-fifth anniversary of Nirvana’s seminal album Nevermind full-length on the horizon.

After only a few rehearsals together, they entered Switchblade Sound in Tempe, Arizona to track “Drain You” and “D-7” with long-time friend and ex-GOYA bassist, Joe Asselin, who recorded their last album, Obelisk. Though “D-7” is originally by ’70s Portland punk band, Wipers, and was later covered by Nirvana, GOYA plays it in the true spirit of Nirvana. The tracks are mastered by Brad Boatright (Obituary, Sleep, Magrudergrind, Gatecreeper et al). 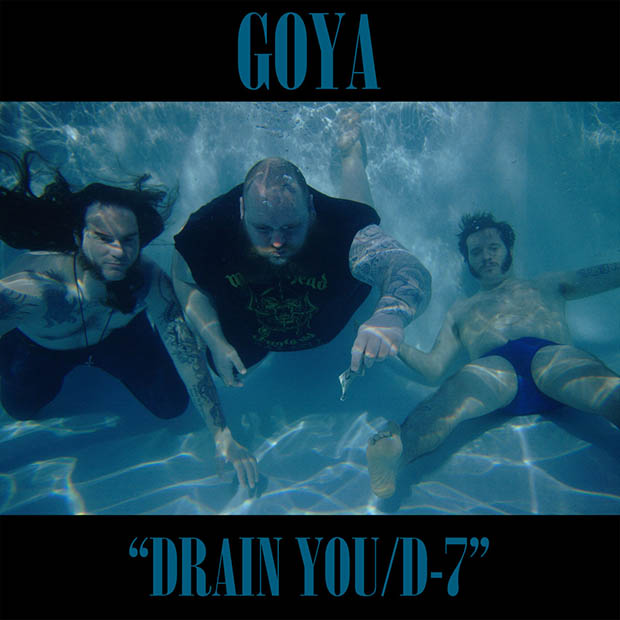