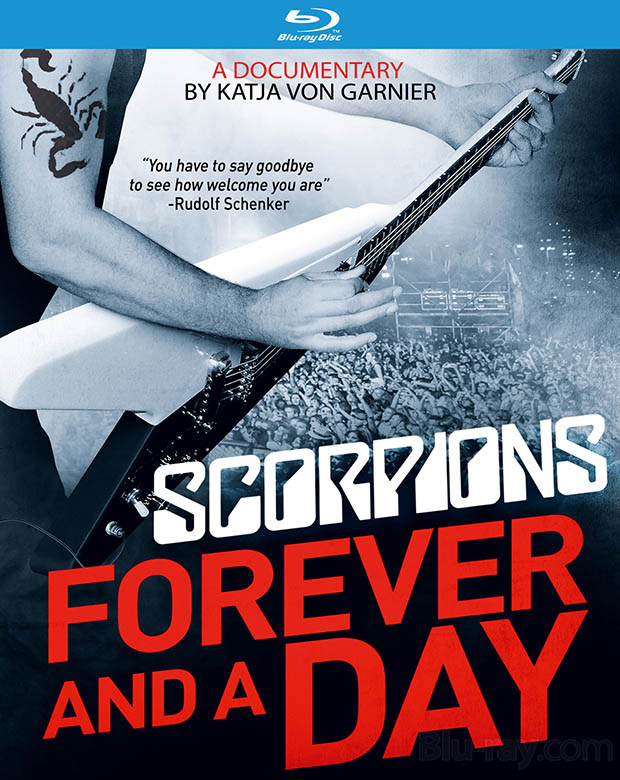 For almost 50 years the legendary Scorpions have been cranking out solid, relevant heavy music that has made them one of the most revered rock/metal acts of all time. Forever And A Day takes a retrospective look at their long-lasting career and includes professionally shot videos, behind-the-scenes clips, homemade movies and everything in between.

Watching this film, I felt that I got to better know the men behind the instruments. The behind-the-scenes footage, to me, seems more intimate than a lot of the other career-spanning band films that I have seen. Forever And A Day is a treasure trove of footage for any hardcore Scorpions fan and a terrific film for those that want to acquaint themselves with a group that has had a sizable influence in creating the metal genre.

The bonus feature/interview from 1985 is also quite interesting. While it only runs about 10 minutes long, it was very cool to see and compare the band in interviews some 30 years apart. Fan or not, this is a great watch.

Check out the trailer for Forever and a Day.