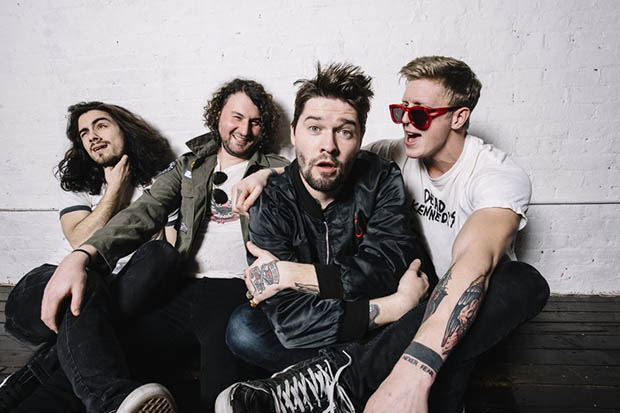 01. Good Will Hunting (1997):
– We’re pretty sure it’s a movie about Robin Williams taking Matt Damon on a hunting trip where they solve math problems. I think Minnie Driver shows up briefly, though. She was awesome in Tarzan.

02. Casablanca (1942):
– We heard this one was awesome because it takes place in a burning White House and Bogart is just yelling “Frankly Scarlet, I don’t give a damn” for 90 minutes. We’ve avoided this one because subtitles are difficult for us.

03. E.T. the Extra-Terrestrial (1982):
– We think that this one is about some sort of alien that has a car lighter for a finger and he later gets the stomach flu. Drew Barrymore shows up in the nick of time to get him to the space Mayo Clinic.

04. Indiana Jones: Raiders of the Lost Ark (1981):
– After Star Wars, Mark Hammil caught a big break as a temple robbing gravedigger who stole from the natives and gave back to big businesses with his daring exploits.

06. Star Wars (1977):
– We heard it was about a guy who falls in love with his sister and we’ve always been very anti-space incest. Although we’ve been torn because Space Mufasa is in it and that’s hard to turn down.

07. The Addams Family Movies (1991, 1993):
– All the stills we’ve seen from these movies look really dark and trippy, which totally appeals to us. Also, having some of our band members on Tinder has opened our eyes to the notion that Wednesday Adams is apparently a lot of young women’s “spirit animal”. We’re pretty sure she’s a human girl and not an animal, so this intrigues us.

08. Caddyshack (1980):
– It’s a movie about golf, as far as we know. Our friends told us something about Chevy Chase dancing with an animatronic gopher in a dangerous field? Also, Bill Murray is supposed to be in this movie. He is apparently a lot of young women’s spirit animal, as well.

09. Men in Black (1997)
– We heard it’s a politically-charged propaganda piece on alien rights and interstellar equality. Will Smith apparently teams up with the drummer from Motley Crue to save the universe. Shenanigans ensue, we think. Also Jeff Goldblum shows up with a magic laptop?

10. Harry Potter (2001-2011)
– So we heard that this one involves a bunch of vertically challenged potheads finding a magical ring. They assemble a coalition of that one guy who dies in everything, some stoner wizard, a dreamy blonde, some alcoholic party dwarf, and that badass from Eastern Promises. They have to take this magical ring to a lighthouse to put out the light or something. Along the way Agent Smith shows up and gives them hospitality and a cool pad to crash at. Also, we hear Macaulay Culkin shows up in a loincloth periodically because he also wants the shiny ring.