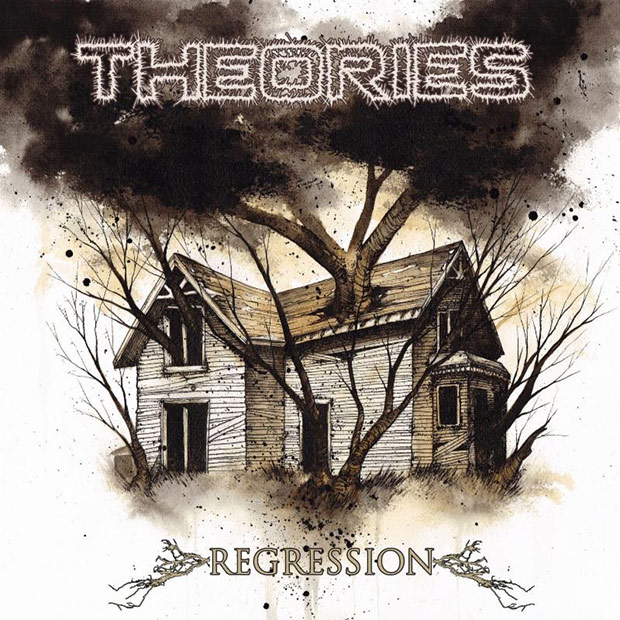 Theories burst onto the grindcore scene last year with their split EP alongside Wake. While that was only a limited vinyl release, it was enough to catch the attention of Metal Blade Records who have now released the group’s debut album, Regression.

“Burnt Concrete” opens up the release in brutal fashion and with the next few tracks quickly upon you, and in a similar brutal style, Theories hardly give you a chance to catch your breathe. Regression clocks in at under thirty minutes and as such doesn’t offer much opportunity for the band to stray far away from the archetypal Grindcore formula. That being said, during the disc’s second half, and on “Swimming In Mud” and “Hell In Her Eyes” especially, there is a hint that the guys are both capable and willing to experiment a little. These songs are certainly better for it with “Swimming In Mud” being a particular highlight for the album as a whole.

As a debut, Regression is a worthy effort. While it’s hardly a game-changer and there are definitely some areas which can be improved upon, there are enough positive aspects to suggest that Theories could have decent career.