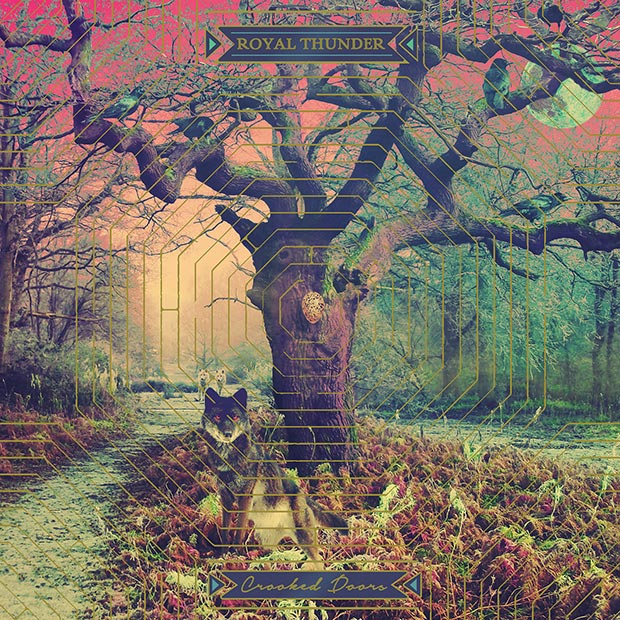 Back in 2012 Royal Thunder produced CVI, one of the standout debuts released that year. Now, three years later, they are back with the all-important sophomore album.

Crooked Doors is that album and what’s abundantly clear from the outset is that the band’s unique sound and take on stoner, psychedelic, and hard rock hasn’t diminished in the slightest. In fact, the years in between has seen them refine their style and songwriting ability to the point where the tracks now all flow almost seamlessly. With Crooked Doors Royal Thunder have managed to produce and album where the eleven tracks all work together as a collective, yet none of them sound out of place if you have your MP3 player on shuffle. This makes choosing a standout track a tricky proposition, but if pushed for one, then you wouldn’t go far wrong with “Glow”.

In a time when it is rare to come across something new, different and good, Royal Thunder are breathe of fresh air. While CVI definitely set the stones in motion, Crooked Doors has seen the band hone their sound a little more and the result is something quite beautiful. If you’re already a fan then you will love this album. If you’ve never heard them before, then get listening quickly… it’s rather good.

Check out the song “Forget You” here.