We recently emailed with Matt Weed, guitarist for the independent Philadelphia-based metal/hardcore/noise quintet, Rosetta, and asked him to tell us a bit about the band. Weed went into detail about the group’s writing and recording process, and more specifically told us about their forthcoming self-released album, Quintessential Ephemera.

For those not familiar with your band, can you tell us a little bit about yourselves?
Weed: Rosetta is serious music made by unserious people. We’ve been around for 12 years and have been a four-piece based in Philadelphia for all of that time until last year, when we added a new guitarist/vocalist. We’re a cranky DIY band and we’ve been operating independently of any particular record label since 2013. We have a new record, Quintessential Ephemera, coming out as a self-release, pay-what-you-wish download on June 22nd.

What is your writing process like?
Weed: It’s really democratic. Everyone takes responsibility for their own parts, but there’s a lot of give-and-take as those parts are refined. Sometimes when we’re just beginning to write something, it feels like we spend more time talking about ideas than actually playing anything. Once we’ve got something that’s more or less repeatable, we’ll make a demo version and then talk about how we’d like to change it and make it better.

You guys are an extremely heavy band, how does it make you feel when that power and energy you channeled in the studio comes to life in front of a crowd?
Weed: That’s really the most rewarding thing about being in a band, I think. It’s great when the live experience is one where the band and the audience can share a transcendent experience, rather than just a group of passive observers taking in a performance. I want to come out of the live context with a sense that both the band and the audience were affected by each other in some way – that we communicated. 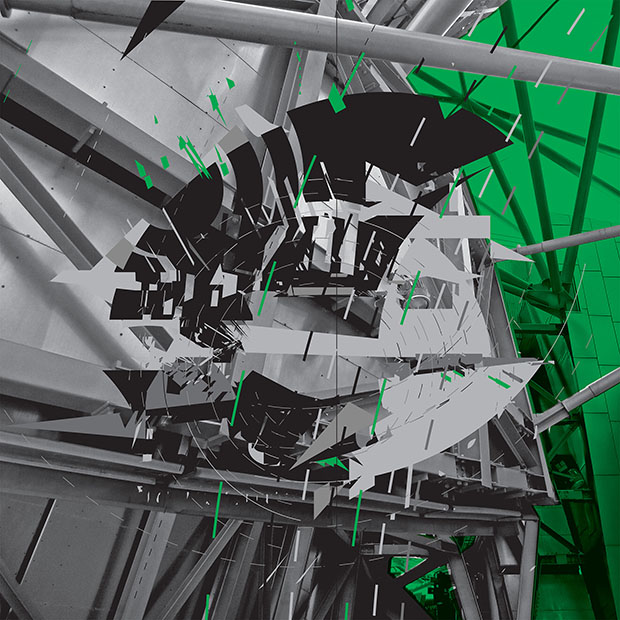 When you write do you, do so with the live setting in mind or do you write a song just for the song’s sake?
Weed: It’s a little of both, honestly. The main songs, the ones we spend the most time on, are always intended for live performance. They have the most time invested in their creation and the most discipline and practice in their execution. But it seems like every album we have a sort of studio piece or two, where we do something weird or off-the-wall that we couldn’t pull off live (for technical reasons). It’s nice to mix it up – if you have all of this extra equipment and the ability to overdub, why constrain yourself to only laying down one part per person in the studio? It’s good to have some variation between the recording and the live performance.

Along those same lines, do you take advantage of technology and email riffs and parts back and forth, or do you get together in a room in a more traditional sense and write together?
Weed: We used file-swapping more so on this new record than in the past. Our new guitar player, Eric, lives in New York, and the rest of us live in Philly. On the previous records, we’d make demos and share them to listen to at home, but there wasn’t writing and collaboration happening over the internet like there is now. There were a couple of cases on the new record where we were laying down parts at home and sending them out to other people to add to. It was a new thing for us, but totally necessary given the geographic distance. It saved a lot of time.

That said, there is no substitute for people being in a room together. It’s so much easier to hash out song ideas in person, where you can talk things over and play snippets on your instrument for others to hear, without having to record anything. It might take a couple of weeks of file-swapping to write a song remotely, but if you’re in a room you can write a song in a day.

You have toured the world extensively. Is there anywhere you would like to go that you have not been?
Weed: South America comes to mind. We’ve heard such great things about touring places like Brazil, Chile, Venezuela. I’ve spent some time in Argentina and Chile and I loved being there. We had some friends years back who toured all over South America on public transportation – I doubt we could make that work, but we’re just waiting for the right opportunity.

Do you receive a lot of support from your local scene and fans in general?
Weed: We don’t have a particularly strong hometown presence, but our fans are definitely the single most important factor in our being able to continue as a band for so long. Being independent, and self-releasing records, the word-of-mouth dimension is crucial. Our last record, The Anaesthete, had no PR and only a few blurbs on social media, but it took off because people were sharing it with their friends. That was great to see.

If you were stranded on a deserted island and could only take 3 CDs with you for eternity, assuming there was a solar powered CD player, what would they be?
Weed: 1. Stars of the Lid – The Tired Sounds of Stars of the Lid, 2. Botch – We Are the Romans, and 3. Failure – Fantastic Planet. 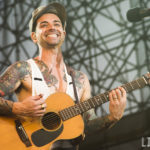