The Golers are an old-school thrash/crossover band from Vancouver, BC who, despite their hillbilly image, sounds like Slayer mixed with Suicidal Tendencies. We recently streamed their track “Quickshit McGraw” (hear it below) and as a result decided to ask frontman Charlie Goler to answer some purely provocative questions. Read on for questions that inquiring minds want to know!

Most public situation you’ve projectile vomited?
Charlie: The most public place I ever projectile vomited was back around 1996 when I was playing a show with my old band Subversion at a bar called Club Paradise in New Westminister, BC. I remember the day of that show I was feeling really sick with the flu. So when I was on stage just giving it my all, a guy in the front row was smoking a joint and offered me a toke. He held the joint for me while I was still playing guitar and I inhaled a huge toke which hit me the wrong way. Because I was already not feeling too well this resulted in me coughing and puking all over the stage. The funny part was that the guy who offered the joint was so stoked that I didn’t fuck up playing guitar while I puked.

You now have AIDS. You can use it to shape future, world peace. Who are you banging and why?
Charlie: If I had the misfortune of contracting AIDS, I would shape future world peace by trying to get to know the wives of the 13 families that own all the banking institutions in the world. If I could bang and infect the wives of these men so that they will eventually contract AIDS and die, this would be a good thing because they look at the common man as less than human and expendable. Since they are the ones who pull the strings in pre-determining wars to benefit their pocket books without any regard for the human lives that are lost in the process, the world would be a better place without them. However, the chances of me being able to woo all their women might be slim. Of course, I would only infect the wives who are in on the sick agenda that these Illuminati Families are a part of. 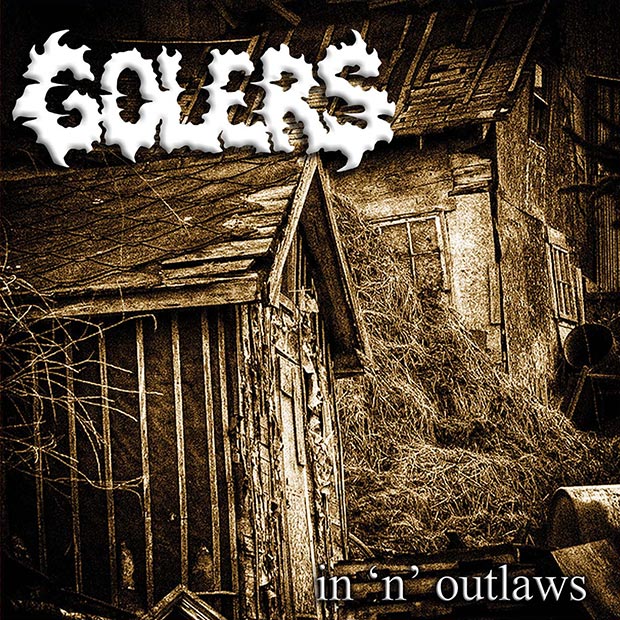 Has a fan ever really pissed you off? What happened?
Charlie: I remember one time the Golers were playing a show at the Cobalt in Vancouver and a guy in the front of the stage kept punching me in the legs. I could tell that he was getting into the band and that was his weird way of showing his appreciation for our music. However, I asked him to stop after a couple songs and he continued to do it anyway. I then decided to kick him in the head with my boots and that was the end of that bullshit – I mean how is a guy supposed to focus on singing and playing guitar while being punched in the legs?

What’s one of the most fucked up things that’s happened to you as a musician?
Charlie: The most fucked up thing that has happened to me as a musician was when the Golers were on tour with Zuckuss (a Star Wars Porno Grind band) and we were involved in a head on collision with another vehicle in Edmonton, Alberta. Ironically the driver of the other vehicle was from Vancouver, BC which is where our bands are from. He was using his GPS and he didn’t realize that he was going the wrong way down a one way road. So our bass player at the time (Roy Goler) was driving the bus and when he came around the corner he didn’t have enough time to react and we crashed head on with the other vehicle. Luckily for the Golers Roy’s bus was built really well inside and the gear remained secure so none of us were hurt. The bus was written off as it was damaged on the outside. The other driver lived but was hurt really badly. I have got to tell you this was not the head on tour I was looking for.

If someone stole all your band’s gear, then you caught the dickwad and no one would ever know what happened next, what would you do to him?
Charlie: If I caught someone stealing my gear, which is one of the lowest things you could do to a musician, I would definitely beat the shit out of him. I would also blame him for all the other gear that I got stolen from me in the past to fuel my anger just to make sure he really feels a lot of pain. I fucking hate thieves.

Check out the song “Quickshit McGraw”

What scares the absolute shit out of you?
Charlie: One thing that scares the absolute shit out of me is the idea that our society will someday be so controlled that we will be forced to have ID chips in our fingers and we will be slaves to the few that control the system. What is really scary is that our world is getting closer to that reality everyday.

Your instrument/gear (drums, guitar, etc.) has a catastrophic failure on-stage and you have no back-up, what do you do?
Charlie: This has happened before and for me this is easy because I sing and play guitar. There have been a few shows where my guitar has failed with no backup so I would just put the guitar down and only sing and jump around. Luckily we have another guitarist so that gives me the advantage of being able to do that. Also this can add a different dynamic to the show by just rolling with the punches when something goes wrong and still having a good time.

Name some of your biggest pet peeves. You know… the ones that make you want to wreck shit!
Charlie: One of my biggest pet peeves is when some of my musical equipment will break down just days before doing something important like going in the studio to record, or playing a show. There always seems to be pedals, patchcords, amps, and guitar problems just before doing something important and I find that really annoying and usually expensive. I have definitely lost my mind a few times because of this.

What is your stance on the legalization of marijuana?
Charlie: I think marijuana is an amazing drug and that people should be allowed to freely use it whenever they want without having to worry about legal repercussions. It is sad that people have a record or can’t go to the United States on a trip just because they have smoked a joint or got caught with some weed. I mean liquor and cigarettes are legal and they are way more dangerous to your health, so why not legalize weed everywhere so we can have one happy stoned planet? 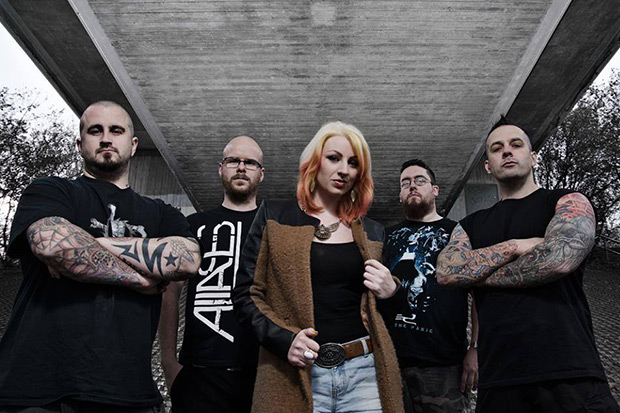 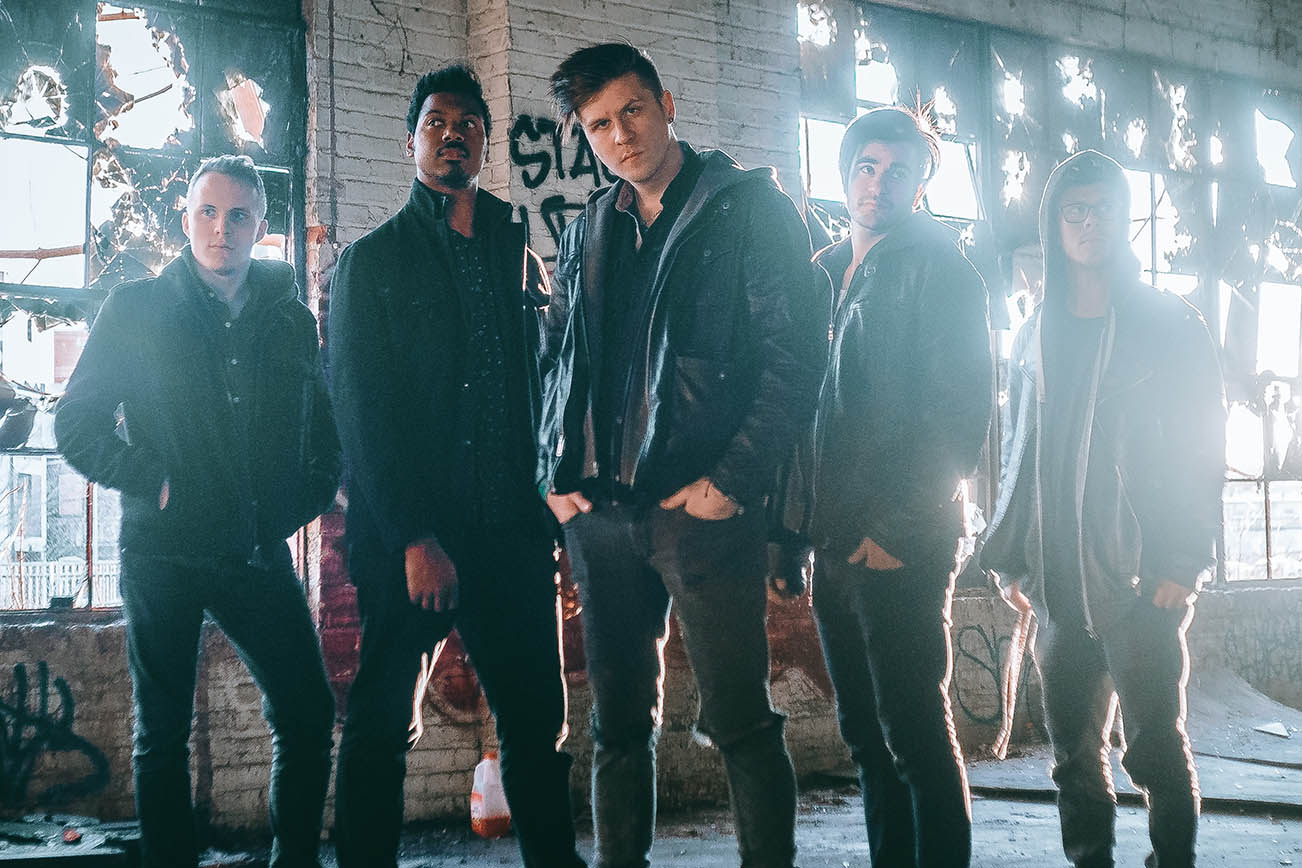