Released on December 9, 2014, the 8-track album known as Psychogenic Atrophy is loaded with some furiously-played abstract metal. Also tagged with adjectives like “psychedelic,” “progressive,” and “thrash,” Oakland, CA-based Dimesland note their maddening sound is “the result of a blend of controlled chaos and musical mutation, heavy tension and dark psychedelia.” We checked in just before the holidays with guitarist Drew Cook to discuss some of the gear he used on the new tunes. The live shot above was captured by Shannon Corr.

What one piece of gear do you use to obtain your signature sound?
Cook: Probably my old Dual Rectifier. That and some aluminum gloves.

What about it makes it so important to you?
Cook: I’ve just always loved Mesa amps. As far as tone, a lot of that comes from your hands – that’s where the gloves come in. 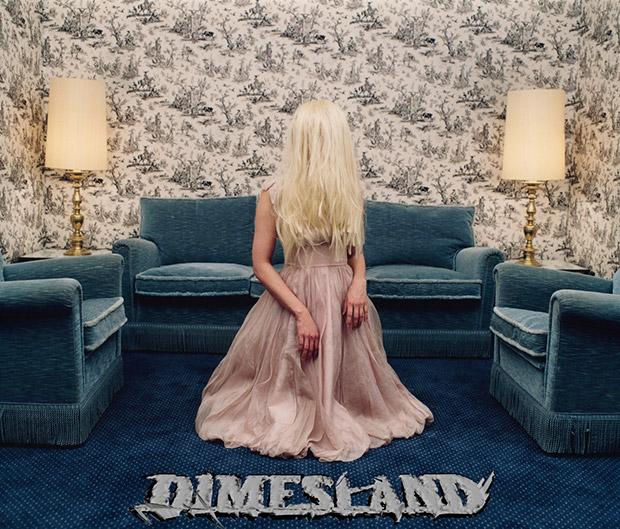 How was this gear used during the recording of your latest album?
Cook: Well, actually we most recently used some Russian oscillator cubes. Due to the syntax variance, the tones had a particularly specious quality, so we had to point the mics directly into a mirror to get a good guitar tone.

What are the major pros and cons?
Cook: Good question, mic placement can be tricky.

Do you have a backup for this gear, if so, what?
Cook: I have a battered old suitcase with some tubes and transformers in it and that actually does the trick. You can plug a guitar right into it. Otherwise you just set everything up and ask if there’s an amp doctor in the house. 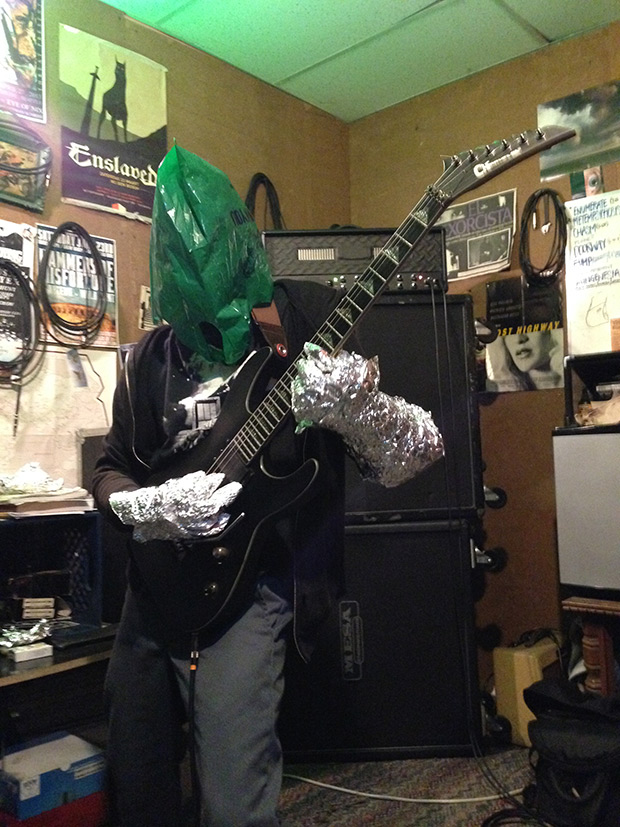 How long have you had it, how do you use it, would you ever change it?
Cook: I’ve had it about fifteen years, probably wouldn’t change it.

Give us your best “gear goes wrong” story.
Cook: Oh boy, one time there was some blueish smoke coming out of my head and I had to go to the hospital. Another time there were a bunch of locusts crawling all over me and my pedals – we had to bring an exterminator along for the rest of the tour.

Any final thoughts or comments on the gear?
Cook: We pretty much use VHT, Mesa, Jackson, Charvel, PRS, Carvin, Ampeg, Tama, Zildjian, Fender, Floyd Rose and various pedals to get the sounds we like, tools of the trade.

Check out the album ‘Psychogenic Atrophy’