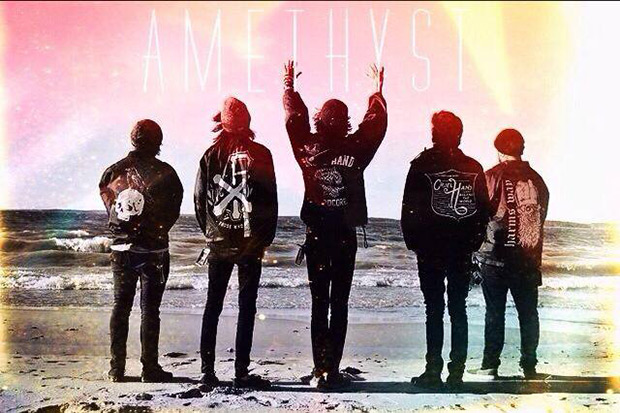 The Skinny: After releasing their debut EP, entitled The Depth Of Choice, and performing at the 2014 edition of the South By So What?! Festival, Dallas metalcore outfit Amethyst has parlayed their quickly growing fanbase into a brand new single and a management deal. The new single, entitled “Silence,” is the first off the band’s forthcoming sophomore EP entitled Dreamwalker. The single showcases the band’s trademark blend of heavy rhythms and haunting guitar melodies that has resulted in an explosive fan base that includes fans in all fifty states and over forty other countries.

That fanbase also helped the band secure a management deal with The Sights Set North Agency, which is owned by It Lies Within’s vocalist Zach Main, and endorsement deals with Whole Hearted Clothing and AfterShock Designs. All of this within fifteen months of forming, the band is skyrocketing up the ladder and will soon be a household name as they continue to tour into 2015 building off their two 2014 headlining runs. Fans can also expect the yet to be scheduled Dreamwalker EP in 2015.