Cradle of Filth, the extreme metal band hailing from Suffolk, England, have been busy remastering their third demo Total Fucking Darkness. The disc released on May 5, 2014, and featured eleven of their classic tracks giving fans the chance to revisit the band’s humble beginnings. With ten official albums under their belt and the re-release of some of their early material, I’m sure many fans are left wondering what’s next for the band? Former guitarist Paul Ryan was nice enough to take the time to answer some of our questions related to this re-release, along with some personal band experience, and what’s next for COF.

What inspired you to go back and re-master the old demos?
Ryan: Dani and myself hadn’t really spoken properly in years outside of bumping into each other at various festivals in Europe now and then (I work as a booking agent these days and have many acts that tour the same kind of festivals), a mutual friend of ours invited us both out to dinner, we got talking and reminiscing on old times and when our dear friend Frater Nihil (founder of Cacophonous records and the person that signed COF) heard of this a discussion was had about this very idea as he had the original master tape! After a few meetings and a substantial horde of good quality, unheard material as well as the original demo and one “lost” track from the Goetia album was discovered, we thought it could make a very interesting release which also ties in nicely with the 20th anniversary of The Principle Of Evil Made Flesh which much of this material inspired…

Check out the song “Unbridled At Dusk”

Do you plan to incorporate any of these songs into your live show?
Ryan: Cradle still do a fair amount of early material from Principle and you never know what else may crop up in the future!

Now that you’re done working on the re-master, how do you expect fans to react to this release? Think it’s more for die-hard fans, or easily approachable by most?
Ryan: Well, there is an element of catering to the old school lovers here, but it’s a real window into the band’s history for everyone new and old and also (we feel) captures a lot of the spirit of the time. Many people try to “recreate” classic Black and Death Metal but it’s hard to really tap into what was happening at the time and what came across the music in spirit. It was a magical period for us all with lots of influences around everyone and that enthusiasm and belief in what we were doing really comes across in the music… It’s full of youthful and dark spirit!

What was the writing/recording process like for your first three demos?
Ryan: Drinking beer, listening to Slayer, Bathory, Deicide, Darkthrone and in general just bathing in Metal! It was so rich in influence musically at the time with the development of Thrash/Death/Black Metal you couldn’t help but get caught up in it all and be totally drawn into the whole evolvement… We would come to rehearsal and it would be like “I have this Bathory Riff!” Someone else would be “I have this Deicide Riff” and essentially we would put them all together with our own “touch” and bingo… COF… And that’s why I think the “spirit” is there. You can really feel those influences… 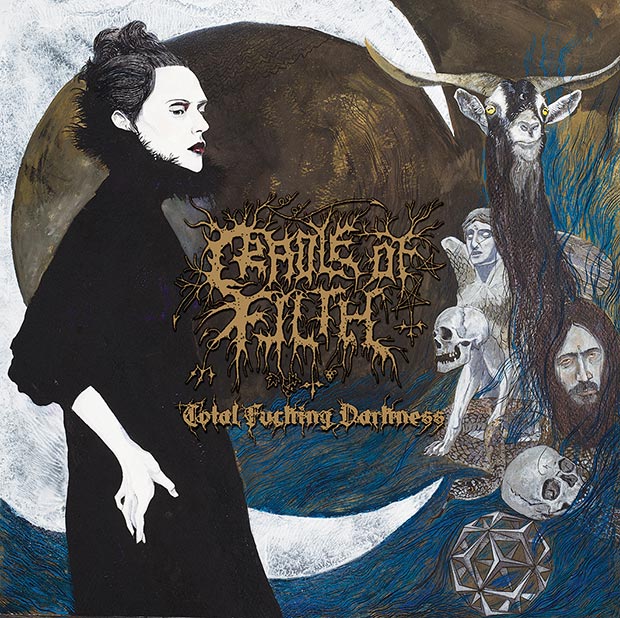 Do you ever go grocery shopping wearing your stage makeup and clothes?
Ryan: Every day, even to this day in the office I’m fully corpse painted up with spiky boots and bullet belts all over me…

Do you have any of your own songs that you absolutely hate and cannot bare to listen to?
Ryan: I think its good to be critical on your art, but at the end of the day it’s a record of your personal space at the time and what was influencing you at any one particular point. So for me I don’t hate anything even if you do listen back with a critical ear sometimes! Re-listening to this material, some of it for the first time in over 20 years for even ourselves, was actually a very enjoyable experience.

What has been the worst live experience of your career so far?
Ryan: I don’t think there is any one particular experience that stands out, it always sucks when you can’t hear what’s going on and in the early days the oil-based make up would sting your eyes in really hot shows and never wash off properly so you’d spend all tour looking like a very bad drag queen half the time which although amusing in some respects made for some pretty interesting times walking around!

Check out the song “For Your Vulgar Delectation”

Should we be expecting anything soon in the way of a new studio album?
Ryan: A new album is being worked on as we speak, not really too much I can elaborate on, but it will be special!

You’re just about to re-release the third demo Total Fucking Darkness. How do you feel about the album now versus when it was originally created?
Ryan: Naturally any material of 20+ years ago is never going to sound like modern recordings, but that’s kind of the point here and it’s fared very well. We have managed to do an amazing job mastering it thanks to the Genius Tim Turan @ Turan Audio (Emperor, Enslaved to name a few he’s done) so sonically it comes across very good and as touched upon previously reflects the time in a way that’s quite magical.

Name five things that you cannot go a week without?
Ryan: Metal, a challenge, a good book, good food, and at least seven good bowel movements. 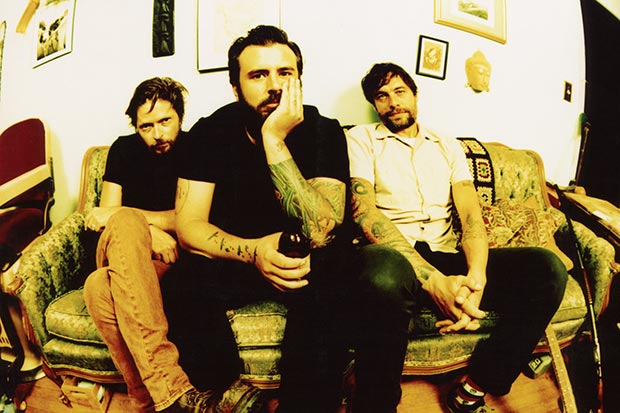