Columbus, Ohio-based metal quintet, Death of an Era, launched their new album titled Black Bagged on June 23, 2014 via Artery Recordings / Razor & Tie. The new, 13-song effort is packed to the gills with pummeling breakdowns, shuddering solos, guttural growls, and a whole heap-load of awesome! Whilst the band is currently promoting their effort in every way possible, we thought it’d be a gas to check in with drummer Michael Cooper and talk tats. Here’s what he had to say about his.

Do any of your tattoos have a particularly special meaning behind them? If so, do share man!
Cooper: I’ve got quite a few tattoos based on ancient Egyptian artwork. It’s something that I’ve studied since high school. I took different pieces of artwork and added my own meaning and text. 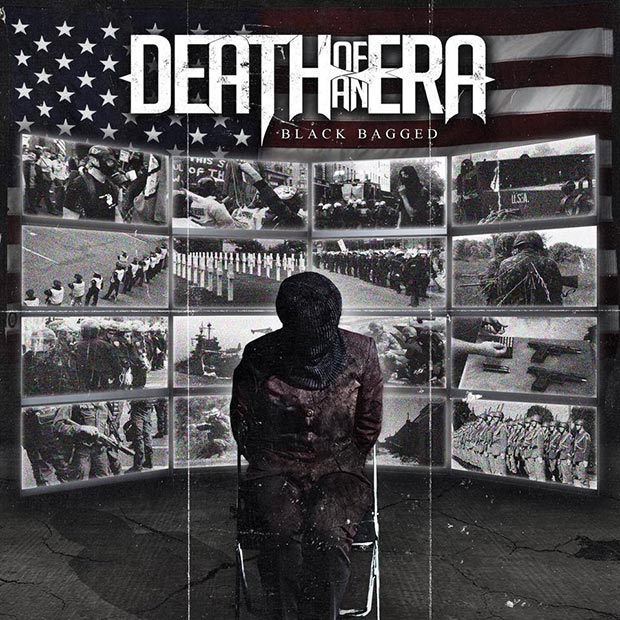 Do you have a specific shop or artist that you frequent (insert shameless plug time!)?
Cooper: I’ve been getting tattooed by Celeste at Bee Tattoo Shop in Delaware, Ohio since I was 16. I also often go to my friend Brian Smith at Dark Woods Tattoo Studio in Newark, Ohio. Both great artists and good friends of mine!

Do you have any new tattoos planned or underway? Give us the dirt dude!
Cooper: I’m currently working on my entire left leg with Brian Smith. We recently put the new Death of an Era symbol on it as a lucky Friday the 13th tattoo. I’ve sort of reserved my legs for all the fun “why the hell not” kind of tattoos. 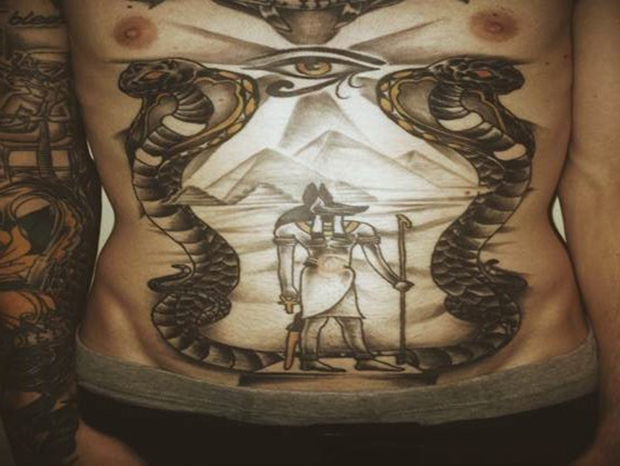 Have any tattoos that were painful. Like made you cry, see white light, and regret being born?
Cooper: By far, my entire stomach piece was dreadful. With most tattoos, you’ll notice certain sections to be more of a relief compared with the really painful spots… Well, with my stomach, there were no relief spots. Aside from the ridiculous pain, it’s gotta be my favorite tattoo!

If you HAD to get someone’s face tattooed on you, who’s would it be and why?
Cooper: I love this question! I would have to go with Will Smith, around 1991 as The Fresh Prince. He’s my favorite dude ever.

Check out the song “The Global Movement” 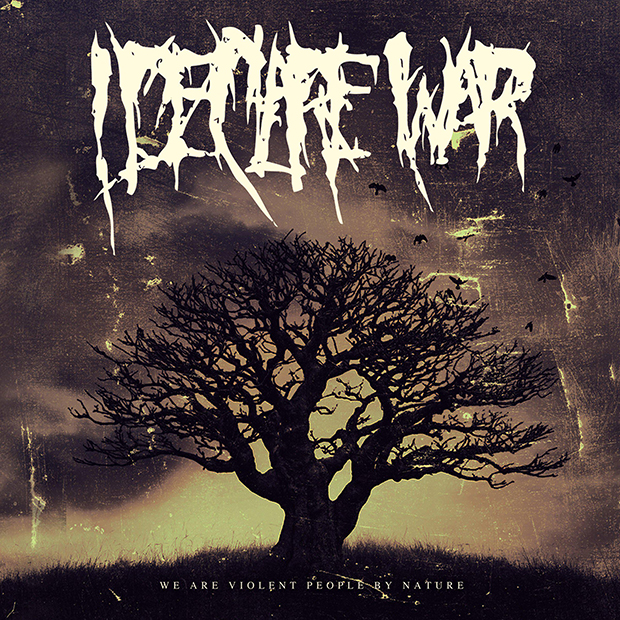 I Declare War – “We Are Violent People By Nature” [Album Review] 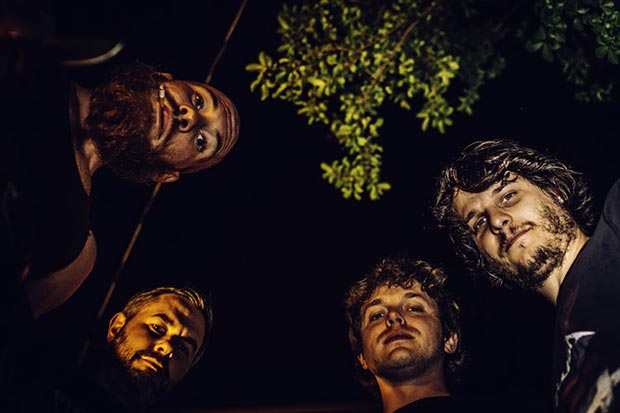