The Skinny: Devil You Know, the creative union of Howard Jones (ex-Killswitch Engage), Francesco Artusato (All Shall Perish) and John Sankey (Devolved), have released the first single from their upcoming debut! Check out the song “Seven Years Alone” just below. The track will also be released as a digital single on 3/18 (North America) and 3/21 (Rest of World) via iTunes.

Devil You Know’s highly-anticipated album, ‘The Beauty of Destruction’, will be made available on both physical and digital formats on April 25 (Europe) and April 29 (North America/UK/France) via Nuclear Blast Entertainment. The record was produced by Logan Mader (5 Finger Death Punch, Gojira) and mixed by none other than acclaimed producer/mixer Chris “Zeuss” Harris (Hatebreed, Chelsea Grin).

Artwork was created by noted painter and illustrator Travis Smith (Opeth, Devin Townsend). “When Travis Smith presented us with the initial sketches we were blown away,” commented Jones. “He captured the concept of the album perfectly. It’s hugely different than anything that’s out there and will be immediately recognizable as Devil You Know.”

The Beauty of Destruction Track Listing: 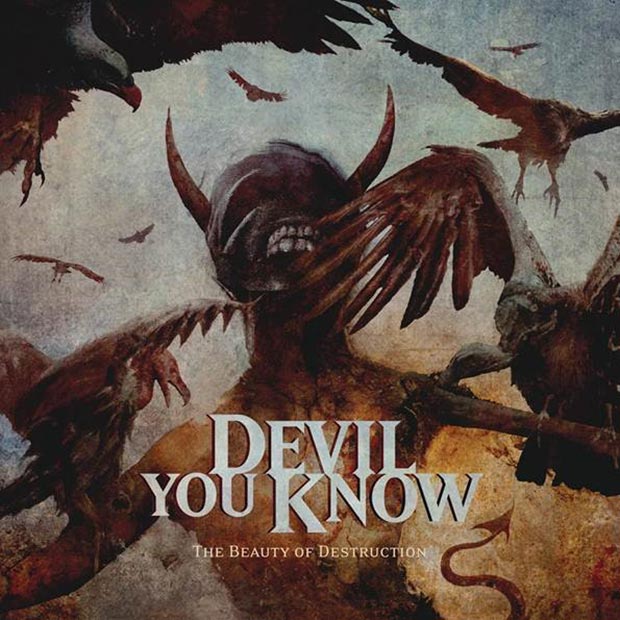