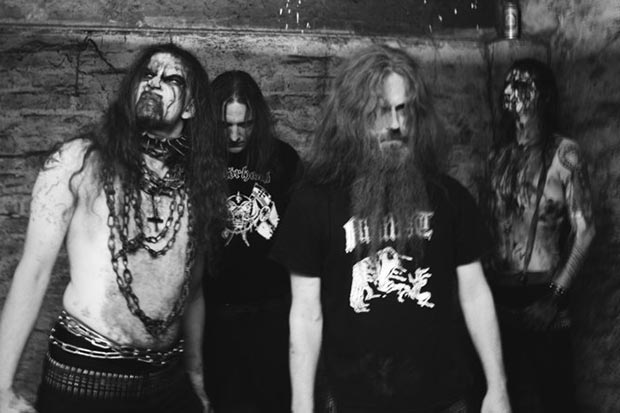 The Skinny: Black metal war machine Endstille have premiered the first track off their forthcoming record, Kapitulation 2013. The new track, titled “The Refined Nation” is streaming now via SoundCloud – listen below. Kapitulation 2013 is slated for release on November 12th in North America (November 8th worldwide). The album is now available for pre-order at the Season of Mist E-Shop.

Endstille recently revealed details about their forthcoming record. The artwork for Kapitulation 2013 can be found below. Endstille unleash a relentless assault of their signature, high-impact black metal in the form of the new album Kapitulation 2013. The long-running German metal powerhouse give no quarter as guitars cut like chainsaws, drums blast relentlessly, and vocals spew torrents of black bile thick with malice. Each track washes over the listener like a relentless black wave of hostility, leaving scorched earth in its wake. Kapitulation 2013 is true black metal in extremis, and an ugly black bruise blossoming on the manicured face of modern metal. 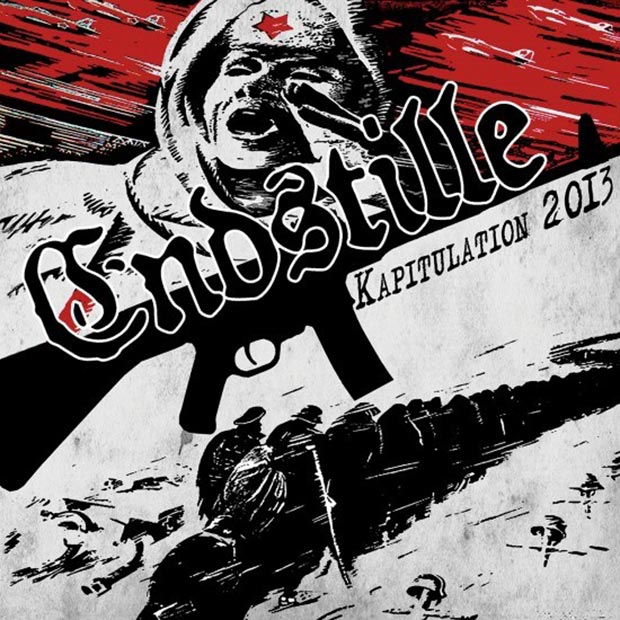