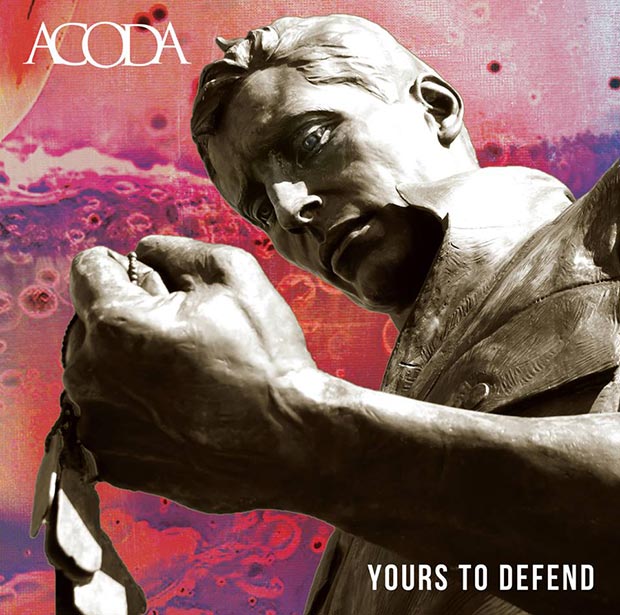 I remember being suitably impressed with Corby (UK)-based metal/screamo quartet Acoda after catching them at a local show earlier this year and, thankfully, their new album, Yours To Defend, shows I was right to be impressed.

Taking a leaf out of the book used by bands like the Deftones, Acoda write big-sounding, epic songs. We know the word “epic” should be used very lightly these days, but it is the only word that describes the way the quartet have blended together massive banks of metalcore riffs with huge swathes of soothing, calming melodies to create a wave of noise that is simply enormous.

From the immense hooks of the opening track through the tunefully metallic thrashings of “Two Of A Kind” and “A Fire In A Cold Place”, Yours To Defend is an album that, following on from a number of high profile festival performances, will quickly elevate Acoda up the UK ladder. On the flip side of the coin, the band show the vast musical talent they have in their armoury with the broody, haunting “Daws Heath”, one of just many highlights of this exhilarating album and a track that shows how exciting and diverse heavy music can be.

It seems that every time a British band release a new album, the media wax lyrical about how the rock scene in the UK is in a healthy position. So, not to carry on with the tradition, with the release of Yours To Defend, the exciting and very healthy UK rock scene just got infinitely more exciting. A brilliant album from a band who will surely go on to bigger things from here.

Check out the song “Two Of A Kind”