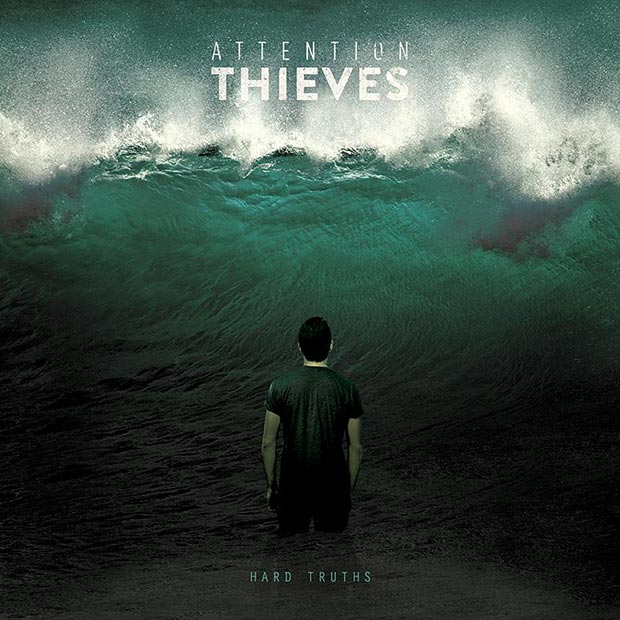 Reading quartet Attention Thieves have been quietly plugging away for a while now, building up a reputation through hard work while fellow Brit rockers such as Lower Than Atlantis and We Are The Ocean have been taking the British rock scene by storm. Well, with the release of this, their new EP, just around the corner, 2014 looks like it will be the year when Attention Thieves make the step up to join their fellow Brits on the bigger scene.

And, you know what, as the melodic rock hooks of opener “Prove You Wrong” kick this mini-album off, you’ll find it hard to deny them their crack at the big time. With hooks and melodies built for radio airplay while maintaining enough of an edge to keep hardened rock fans happy, Hard Truths sounds like a band who are quickly mastering the art of marrying up mainstream, pop-inspired melodies and gritty alt-rock. “Why Do We Care At All” is a great example of this with its big scream-your-lungs out choruses doing battle with foot-stomping, riffy guitars. It’s a pattern that runs throughout each of the six tracks on this EP as well, with the likes of “To The Rats” kicking up a right riot with those fiesty riffs and memorable melodies.

British rock is in a healthy place right now with bands like Muse and Biffy Clyro taking the world by storm and the likes of Funeral For A Friend enjoying consistent levels of success. Hiding away in the corner, Attention Thieves have been waiting for their chance at success and, armed with Hard Truths, it might just be within their grasp.

Check out the song “Take A Bow”