While there is no doubt that New York brutalists Suffocation have influenced a hell of a lot of the modern death metal bands doing the rounds these days, there is no ignoring the fact that, twenty five years into their careers, the death metal stalwarts are still way ahead of the pack when it comes to filthy, rancid extremity.

Take Pinnacle Of Bedlam, their seventh studio offering, for example. It takes approximately, ooh, all of twenty-five seconds before you realise that, despite all the recent press stories about vocalist Frank Mullen, this unit is still as tight as the proverbial gnats chuff. From Mullen’s howling, guttural, festering roar to the nasty, unrelenting blast beats, every single minute of this pungent offering – from the opening blasts of “Cycles Of Suffering” to the last pummeling, chugging moments of “Beginning Of Sorrow” – is as flawless a lesson in brutal death metal as you could want.

Sure, you could argue that like most death metal bands (I’m looking the direction of Cannibal Corpse here) who’ve managed to stay the course for quarter of a century, Suffocation do very little different on Pinnacle Of Bedlam but, let’s cut to the chase here, would you want clean vocals and breakdowns? Would you fuck. When you listen to a Suffocation album you want it to make your skin feel dirty and your head feel like it has just been stamped on. The likes of the fearsome “My Demise” do exactly that.

Harking back to the recent press stories, it was made obvious that Mullen wasn’t too enamoured by the idea of touring relentlessly again which is a pity because, on this evidence, Mullen and the remaining four members of the New York outfit would have left venues flattened. What makes the thought of a Mullen-free Suffocation live experience all the more depressing is that this almost flawless lesson in punishing brutality demonstrates exactly what we’d be deprived of.

Check out the song “Cycles of Suffering” 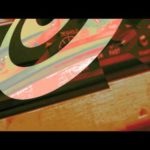 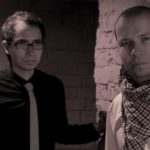