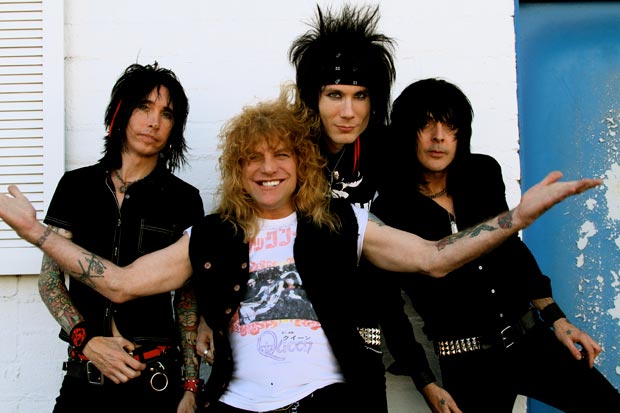 Interview with Adler; Drummer Steven Adler talks new album ‘Back From The Dead’ and more

Steven Adler became a household name more than 20 years ago when he was part of the multi-platinum selling rock band Guns N’ Roses. Those days may be long gone, but Adler has continued touring and making relevant hard rock music. His newest band, Adler, has just completed work on their debut release, Back From The Dead, and I was able to sit down and speak with Steven about the disc, the band, and their touring plans. Here is how the conversation went.

Now that your new record, Back From The Dead, is complete, how do you feel about it and are you satisfied with the outcome?
Adler: I haven’t been this excited since the early days of GNR, and couldn’t be happier with the way the record turned out. It was the record I wanted to make for 25 years, and can’t wait for everyone to hear it.

What is your writing process like?
Adler: Jacob and Lonny bring me songs, and then I put my feel on them and make arrangement suggestions. They’re both real open to changes, which is what I think makes for a great team. Jeff Pilson, who produced our record, was also a big part of the creative process.

Check out the song: “The One That You Hated”

What is the significance of the title, Back From The Dead?
Adler: Well, even though I never really stopped playing or performing since GNR, I haven’t been in the “big show”. So this is my way of saying I’m back in a big way!

Where do you draw your inspiration from and what subject do you tackle in your lyrics?
Adler: I’ve lived a pretty hard life to say the least. Jacob and Lonny write all the lyrics, but when you have a subject matter like me, they say the lyrics come out naturally.

You have a guest appearance on the new record by John 5. How did that come about and what was it like working with him?
Adler: Even though I met John years ago, we started hanging out again around the time we were making the record. I simply asked him if he wanted to play on a song and he said yes. John is the modern day Jimi Hendrix. He’s simply amazing!

Are there any tracks on the disc that are personal favorites or that have good stories behind them?
Adler: We specifically made a record where every song had its own unique feel and story. I love them all! 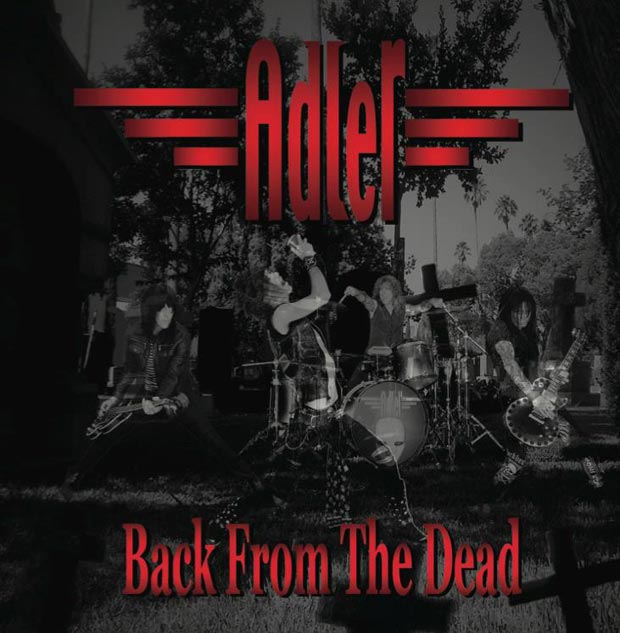 You have been in the music business for quite some time now. Did you ever imagine you would still be doing this after so many years?
Adler: I didn’t think I’d even still be alive at this stage in my life. But I’ve never been happier or more enthusiastic about my life, and thank God every day that I made it this far. My new band makes me feel young and ready to take on the world again.

Do you find the rigors of touring taking more of a toll on you as the years go by?
Adler: When I was doing “Adler’s Appetite”, I wasn’t taking care of myself, so sure, I felt like it was hard to keep up. However, now I wake up early and start every day working out with my guitar player Lonny, and am stronger and healthier than ever. In fact, I feel better now than when I did when I was 20.

How do you keep up the rigors of touring?
Adler: I love touring; it’s when I’m sitting around the house doing nothing that’s gets to me.

What kind of touring plans do you have in store for this year?
Adler: We want to go everywhere! Our manager and agents are setting things up now, but what I can say for sure is that we’re doing some shows with Duff’s band Loaded in Japan.