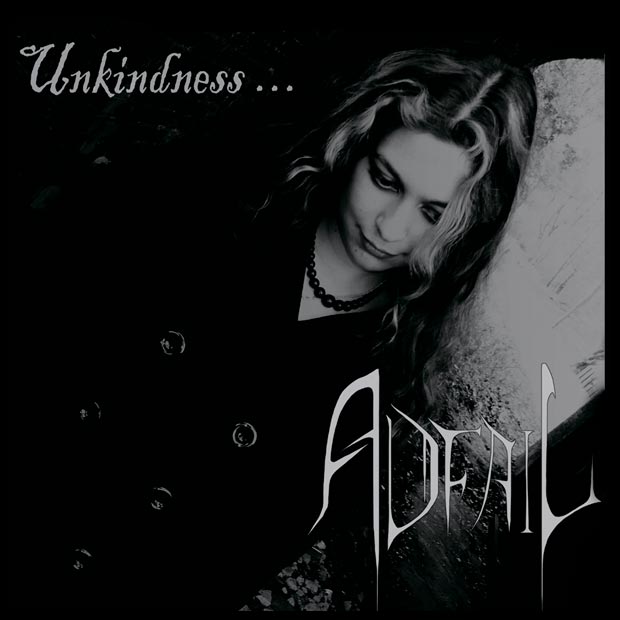 Adfail is a band that I happened upon totally by chance while one day browsing through a metal website. There was a quick blurb noting that they were releasing an album and video to a song that sounded quite similar to mid-90s Paradise Lost, a style I quite enjoy. Intrigued, I contacted the band and in return was sent their album Unkindness. The bio information that I’ve read states that they are from Russia and that they were founded at a gothic party in Koenigsberg.

Like the video I saw, the band’s sound is quite similar to mid-90s era Paradise Lost; however, the band is certainly no copycat. Singer Alex “Thorshammer” Popovich has a distinct voice that is able to seamlessly go from death growls to a more clean approach. The band also seems to at times have a bit more of a gothic leaning rather than that of doom or death. Nevertheless, fans of those genres should still find much to like about Adfail.

Check them out! They’ve received barely any press on the album and to date only 35 “likes” on Facebook, despite releasing a solid disc.