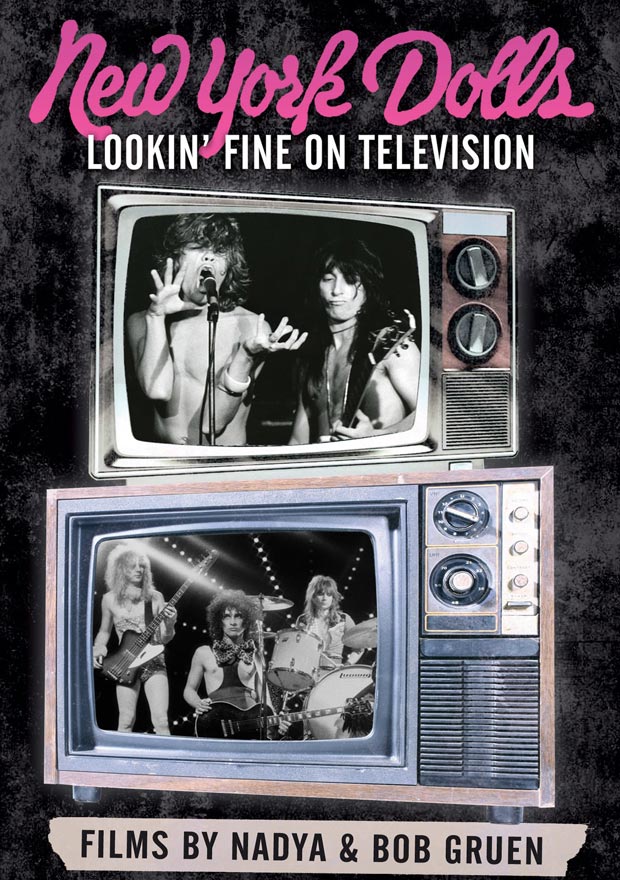 The New York Dolls were one of the most influential bands to emerge from the ’70s music scene. Their direct impact on the punk movement is widely acknowledged and more than obvious but even now, more than 30 years later, their influences can be found. Lookin’ Fine On Television is a series of interviews and performances that captures the rawness and the energy of the cross dressing, gender bending visionaries, David Johansen, Johnny Thunders, Jerry Nolan, Sylvain Sylvain, Arthur Kane.

While most of the bands’ big hits are included on this DVD (“Personality Crisis,” ‘Who Are The Mystery Girls” and “Babylon”), the overall quality of the film is fair at best, and often times worse than that. One could make the point that the rawness just adds to the overall New York Dolls motif, but I think at times it’s a bit distracting and hard to watch. That being said, in the music world these guys are considered to be sort demi-gods and I think this is a terrific sneak peek behind the scenes at the inner workings of the band.

As a little bonus, also included on this DVD is a rare 1976 interview with David Johansen and Johnny Thunders. Lookin’ Fine On Television is a good, nostalgic look at a band that shaped so much of the modern day punk and rock scenes and even though the footage is not the greatest, I still found the DVD interesting, informative and entertaining.

Check out the some footage from the DVD