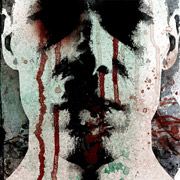 Cesena, Italy metalcore band, Awaken Demons, have always ridden under the metal and hardcore scenes’ radars. As such, not many people were aware when they released their studio album The Mirror in 2009 via Trustkill Records. The album consists of 10 gruesome, true metalcore tracks which have the band switching between breakdowns and thrashy riffs, over which the group shouts.

One niche element I enjoy about the band is how they take their hardcore influence and add group chants to their songs. Speaking of vocals, one may notice Karl Buechner of Earth Crisis and Vincent Bennet of The Acicia Strain lend their voices to the album (check track listing below to see who cameos on which song).

Overall Awaken Demons have created an energetic offering which sadly didn’t get the recognition it should have. The Mirror is a REAL metalcore album which I recommend any hardcore or metal fans to check out.

Check out the song: “Coming To An End”