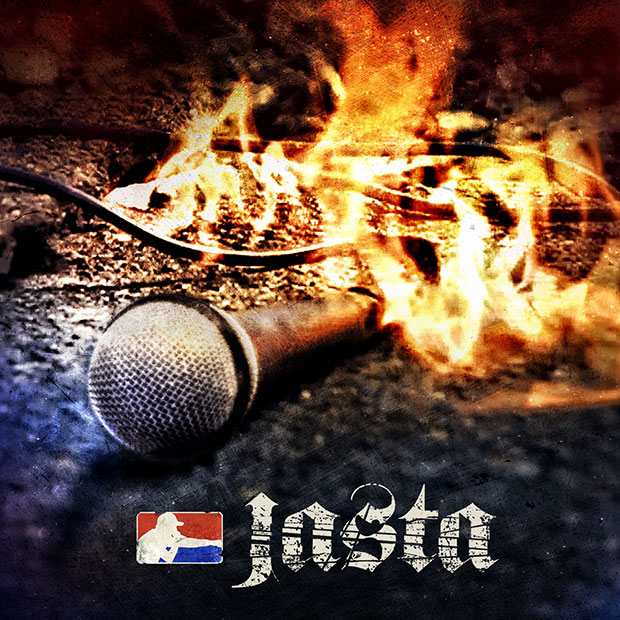 With his bands Hatebreed, Icepick and Kingdom Of Sorrow, Jamey Jasta is well-known as one of the most intense vocalists in the metal/hardcore scenes. His reputation and skills has also got him guest appearances on songs for bands such as Winds Of Plague, Biohazard, Sepultura, Napalm Death and many others. This said, after years of hard work Jasta has released a solo effort simply titled Jasta; for which he had help from Nick Bellmore (Kingdom Of Sorrow, Toxic Holocaust) and Charlie Bellmore (Kingdom Of Sorrow).

Unlike Jamey’s previous works, Jasta moves away from his punk-influenced sound pushing harder into his metal/hardcore side. This album also offers more melodic parts than what fans will be used to. While overall the songs are somewhat generic metalcore with shouted versus and sung choruses, Jasta did get some awesome friends in Phil Labonte (All That Remains), D. Randall Blythe (Lamb Of God), Tim Lambesis (As I Lay Dying), Zakk Wylde (Black Label Society) and Mark Morton (Lamb Of God) to all lend their talents and assist in making a cool release.

Jasta shows Jamey Jasta in a different light as he steps away from his usual sound; though he doesn’t linger too far away. I don’t think the album’s as good as his other work, but it still kicks ass and any fans of Jasta will enjoy it.

01. Walk That Path Alone
02. Mourn The Illusion
03. Screams From The Sanctuary
04. Nothing They Say
05. Anthem Of The Freedom Fighter
06. Something You Should Know (feat. Phil Labonte)
07. Set You Adrift
08. Enslaved, Dead Or Depraved (feat. D. Randall Blythe)
09. With A Resounding Voice (feat. Tim Lambesis)
10. The Fearless Must Endure (feat. Zakk Wylde)
11. Heart Of A Warrior (feat. Mike Vallely)
12. Death Bestowed (feat. Mark Morton)

Check out the song: “Enslaved, Dead Or Depraved”