Check out the song: “Nomad By Fate”

Singer, songwriter and guitarist Chuck Ragan has certainly paid his dues in the rock n’ roll business. Chuck has been working almost non-stop for twenty years now, first as the lead singer of Hot Water Music and now since 2006 as a solo artist. Unlike the punk rock flavour of Hot Water Music, Ragan has gone for more of a folk rock sound with this solo career since his first release in 2007 Feast Or Famine. Now Chuck is already on his fourth studio record titled Covering Ground, an album inspired by spending so much time on the road. Ragan’s goal was to record an album that would transfer seamlessly into the live setting which his music is really all about. Ragan will be touring with the punk legends Social Distortion for many dates this fall along with some of his own shows. In this interview, Chuck discusses the details and background behind Covering Ground, where he takes his song writing inspiration from and whether there is any hope of a Hot Water Music reunion in the future.

Your third solo record is called Covering Ground. Tell us a little more about the record. What would you say differentiates it from your first two solo releases?
Chuck: I feel the songs and writing has progressed in the past years for sure. The recording processes have been honed as well. I’ve known what I wanted going into Feast and Gold Country but I’d say I was certainly more set and dedicated to what I wanted to come across on this record than anything thus far. Not to mention we worked with Christopher Thorn throughout this session which added to what we’re doing and inspired us all a great deal.

What was your main goal going into writing Covering Ground? Was there one particular thing that you really strove for in making this album?
Chuck: I didn’t set out to write a concept album at all. I’ve just simply been on the road and writing consistently for quite some time. So I was just collecting songs. At one point, some of the songs were going to be for other projects or other releases that didn’t make it through, so they just kept stacking up. It wasn’t until I was thinking of a title for the record when I realized that the group of songs we’d selected out of the batches were all born and bred on or about the road.

Was there one particular thing that you really strove for in making this album?
Chuck: Representing the sounds of the guitar, upright bass and the fiddle as best as we can. I’ve been playing as a three piece w/Gaunt and Ginsberg for some time and I love the way these 3 instruments sound together. So I wanted to shoot for a stripped down organic record w/ natural tones that held true to the sounds of us playing live. 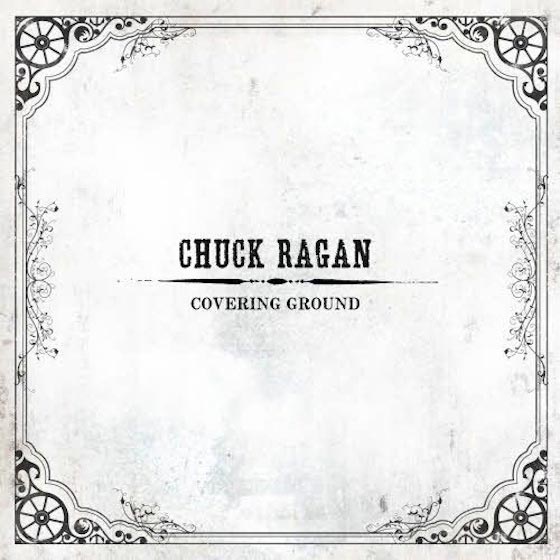 A lot of these songs on your new record were written on the road. Would you say that being out on the road brings out the best in your creativity and your song writing?
Chuck: Sometimes. Hard to say. Depends on the times, depends on the moments. Depends on the lost or the loneliness or whatever it is that drives us in the moments to get something off of our chest. The road can certainly be a very lonely place to live even if you’re surrounded by folks with little or no personal space. Sacrifices are plenty and security is seldom. For me, song writing is just another way to deal with those obstacles and hack life so to speak. So sure. I guess in a lot of ways speed bumps and long hauls and long roads and the sacrifices made to make it home can all lend a hand in song writing here and there.

Are these songs all your creations or do your bass player Joe Ginsberg and your fiddle player Jon Gaunt have input as well?
Chuck: I write everything but love to turn the fellows loose with what they do best with their instruments. I let them know if I have ideas or a way I hear a part but in the end, I want their parts to be their parts. I also believe in them and respect them as musicians and thinkers and would certainly respect their opinions anytime they would ever have something to say.

What was the recording process like for Covering Ground? Did you work with a producer or was it mostly a self-effort?
Chuck: Christopher Thorn produced and engineered this one and I had a blast. For as fast as we were running and as hard as we had worked, I look back on a relaxed and enjoyable session that I will now compare every session to in the future. He was a joy to work with and took us into his home with his special family and made us feel a part of his life. The care he put in to our session made all the difference in the world and has most definitely raised the bar in my world of music and recording.

You are certainly an avid song writer so how many songs would you estimate you wrote in total for Covering Ground before you decided on the final track listing?
Chuck: If I remember correctly I think I went in with twenty to twenty-five songs.

Where do you take your inspiration from in your song writing? Is there a particular artist or artists past or present that you are really influenced by?
Chuck: Anywhere and everywhere. Day to day occurrences, past experiences, my own failures and battles. You name it. If it moves me and stings in the guts or in the chest, it’s something that needs to be released.

As far as artists, I can honestly say that I find the greatest inspiration from the people that you’ll see me on stage with. These are the folks that I call my friends and share my space and time with. It’s those folks that I get to know beyond their music and away from the stage lights as individuals. When you find the folks that walk the walk, it does nothing but charge you up more to do your best to do the same.

Check out the song: “The Boat”

You recently did some shows with punk legends Social Distortion. What was this experience like for you? Did you get to play with them at all at any gigs?
Chuck: It’s been surreal. Great band and an unbelievable crew. I’ve listened to SD more than most bands and to be able to share the stage with them for about 4 months out this year has been incredible. To sit around in the parking lot picking guitar or shooting the breeze has been nothing but an honor. I’m looking forward to the next!

What is the status of Hot Water Music? Are you guys doing any recording and if so when can we expect to see some new music?
Chuck: Sometime down the road. We just signed to Rise and though we’re not hitting hard super full time we’ll keep trucking.

If you had to pick either being in a band or being solo which would you choose? Which would you say is more rewarding as an artist?
Chuck: Solo of course. In the end, if something falls out or mistakes are made, you can only blame yourself. If it comes down to it and the rest of the gang can’t be there, you’re still fine with your voice and your guitar. I enjoy playing with the fellows but I’ll take an acoustic guitar and a rocking chair over a loud rock show any day of the week my friend and most likely for the rest of my life.

What’s next for you Chuck? What are your plans like for the next few months?
Chuck: Off to play fest w/HWM, enjoy some Florida fishing w/my wife and family, hook up and finish the year with Social D, make it home alive and keep on writing music. We just finished The Revival Tour in Europe and the UK and are in the works of planning the next run for the United States. So that’s a heavy load in itself but worth every minute of it! 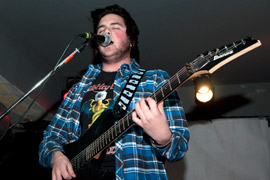 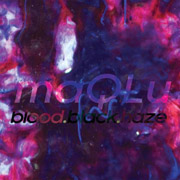