We made it to the eastern tip of Canada and back to southern Ontario with few problems other than the occasional horde of raving zombies that needed to be slaughtered. Little did we know that the near vehicular miss we had suffered in Montreal (see Facebook page for pictures of the car that drove up the side of our car and flipped itself but only damaged our car in a very minor way) was actually a hit; the rear axle of our touring vehicle had been cracked in the accident but didn’t break all the way until we were driving down the street in Toronto.

Once it broke, though, the car was done; within one day it had been written off and we were on to a frantic search for a new vehicle and a way to register and insure it in time to get to Sudbury for our show there. Somehow we magically managed to pull it off and found the perfect touring van, complete with mood lighting, futon couch that folded down into a bed, and four bucket seats that could rotate and transform the interior of our car into a cool living-room type hang-out space. It was only possible through the support of our friends and family. Big ups, guys!! 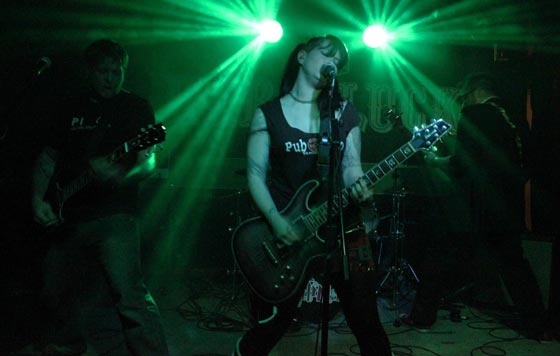 We made our way up and through northern Ontario with very little zombie trouble; thanks to the relatively isolated nature of northern Ontario cities and high rates of rifle ownership, rates of zombie infection were low and easily manageable. Winnipeg, however, was a different story. The ravenous roaming packs of zombies were a tough fight for Kill Matilda; we spent hours sweeping from north to south with as many weapons as we could possible get our hands on, and only made it to our show moments before we were supposed to be onstage, without even time for a shower.

Saskatoon had a similar zombie infestation problem – the undead were freely roaming the streets and the townspeople had to take cover in the local bars for safety. Luckily, we made it just in time and took out every last stinking bag of brain-eating rotten flesh. The show was great too! We hypothesize that due to the flat and easily-traversable nature of the praries the zombies were able to spread like wildfire., Grande Prairie and Prince George proved that the north of Canada knows what real rock and roll is – the shows were awesome and we had a great time.

It was a huge relief to get back to the lower mainland, although we decided to add a little excitement to our lives by taking the sea-to-sky highway – the provincial government really spruced it up between Vancouver and Whistler, but before Whistler its almost irresponsible to call that windy little piece of tape of the side of the mountain a highway – we actually had to take a right corner (not just a curve, an actual turn) at 30 km an hour about a bazillion feet up the side of a huge canyon. We had to pull over after our front brakes caught on fire. I don’t mean that figuratively – they were literally smoking and red hot, and no amount of puddle water that we splashed on them could cool them off. We made it in one piece, in time for thanksgiving with our friends, family and loved ones, and all the way to Vancouver island to rock out a few shows in places we’d never been. Victoria and Port Alberni were relatively zombie-free; luckily BC Ferries is quite strict about walk-on undead. 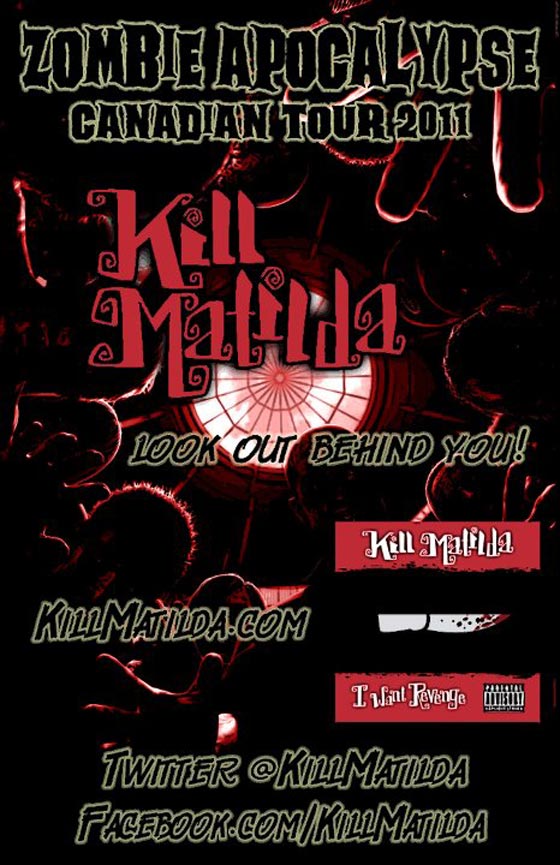 We wrapped up the middle portion of our tour with an epic Vancouver comeback. Vancouverites learned to protect themselves from the threat of the undead and rocked out as hard as they could, and we all left the media club in a big, sweaty mess. Next up: Alberta and Kamloops, and that’s all she wrote!

Check out the song: “Fault Lines” 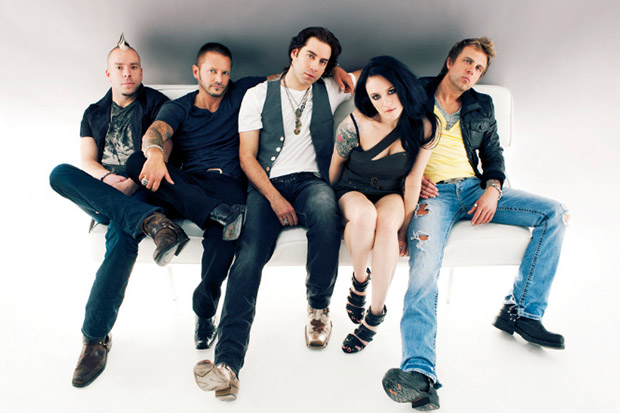 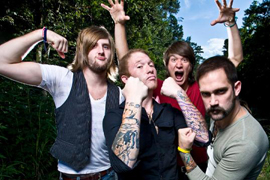