Black Tide is a Miami, Florida based quartet that is very well-known for their youth. This said, after such a commanding response to their debut album, Light From Above, their most recent release, Post Mortem, is highly anticipated to say the least. In this interview with drummer Stephen Spence, we delve into stylistic changes that come with the growth of both musician and band, touring plans in the near future and the pressure cooker that is album release.

I am joined on the phone by Stephen of Black Tide. Sir, how are you doing?
Stephen Spence: Great, thank you Matt. Thank you so much for having me.

I am stoked to do it man! Black Tide is an interview I have been wanting to get for some time, and It just came through for me. So thank you for doing this with me.
Stephen: Absolutely, anytime.

I understand that there have been some stylistic changes on this new record, Post Mortem. Can you tell me a little bit about that?
Stephen: Yeah, absolutely. People have been asking us about that a lot. The fact is Gabe, vocalist for Black Tide, wrote some of the songs off of Light From Above when he was ten years old. So from 10-18, those years are pivotal in anyone’s life. So we’ve definitely gone through a change. It’s definitely a change for the better; first and foremost, it’s just a natural progression for any musician to change over that amount of time. We’ve grown as musicians and as song writers, so people can definitely expect to hear something different off of Post Mortem.

That’s very understandable. Anyone that has been making metal, or any kind of music, for that matter, is going to change, stylistically, over time.
Stephen: For sure. If you don’t, then you’re missing out. We never want to put out the same thing twice. We always want to extend ourselves and progress. We’re not going to put out Light From Above again and we’re not going to put out Post Mortem again on the next release. We always want to have something new for people; otherwise people will be bored with us. Our only agenda is to be creative and to make music that we feel. 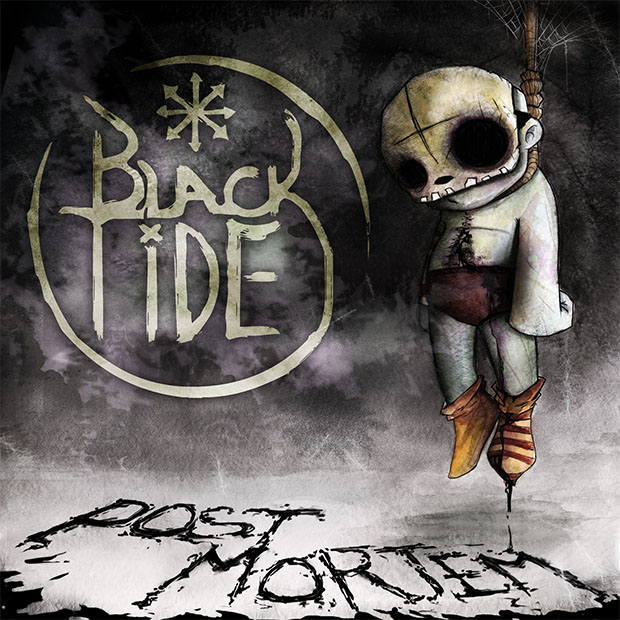 So you guys are starting the Rockstar Uproar Tour soon.
Stephen: It kicks off at the end of this month, the first date is August 26th in Camden, New Jersey, and so it’s going to be kicking off out there on the east coast. It’s pretty exciting, because we were checking out the line-up and got our friends in Avenged Sevenfold, and they’ve been great to us throughout our career so far, and it’s always good to re-connect with friends on the road. We are very excited about that. If people want to check out the whole line-up, check out the website. It’s going to be amazing! It’s going to be another family tour, which is what we like to call it when we’ve got a few bands on the road with us, that we are really close with.

It seemed, to me anyway, that you guys came out of nowhere one day. All of the sudden there’s songs on the radio, MTV2’s Headbanger’s Ball and on the Rockband game. How is it that you managed to just appear like that?
Stephen: I wouldn’t say that we came out of nowhere, but we have been very fortunate. We have worked very hard for years. It might seem like we were super young, in comparison to other bands, when we first came out, but it all relates to how much work we have put in to things. We were the guys that grew up knowing exactly where we want to go, and it takes dedication, hard work and resilience to get there. We’ve been working with everyone on our team to make sure we see this through.

I heard a quote somewhere that says, “It takes ten years of hard work to come out of nowhere.”
Stephen: Well put.

So what does the future hold for Black Tide? I know the release of Post Mortem is coming up and the Rockstar Uproar tour, but what else is coming up for you guys?
Stephen: Well, like you said, in the near future is our release that we are very excited about, and it’s been a long time coming. It’s been anticipated by everyone on our end, it got delayed a bit and I want to apologize to everyone for that, so many things happened, but it’s finally here. August 23rd is when everyone is going to be able to get their hands on it. That, on its own, is a huge thing for us. Then, like you said, is the Rockstar Uproar festival that’s going to be supporting it and we are going to be playing a lot of new material. So if you guys want to get familiar with it, we are going to be playing a bunch of new songs. After that it’s going to be touring for the next cycle. We are all very excited and very much behind it and anxious to get out there and show the world what this is all about and what Black Tide is all about.

Check out the song “That Fire” here.

Is there anything in the mix yet about what bands you might be touring with in the future?
Stephen: We’re very fortunate that, in the past, we have toured with so many great acts. I don’t even think about bands we haven’t toured with or what we haven’t done. There are so many great bands out there and so much talent, that I am excited to meet new people and bands on the road that we don’t even know about yet, to be honest with you, and find new bands and discover new people. Like I said, we’ve been so fortunate or ungrateful to say that “we would love to tour with this guy” or “we need to tour with this band.” I’m just interested in meeting a bunch of new people and being on the road. You know, our first huge tour was with Ozzy, and we got to play on the same stage as him. So we have been extremely fortunate, and I try to think about those things and I’m looking forward to meeting new people.

What’s some of the favorite tour bus activities that go on? Speak freely…
Stephen: We’ve never been the band that’s like “This is how cool we are because we do this backstage or on the bus” or “this is why you guys want to be us” or “we’re real musicians because we’re rock stars” or whatever. That’s never been us. Black Tide has always been about, I feel like, living the life that we live and loving it. I’ll leave that to your imagination. Anything that you think is going on backstage with a rock band, it’s probably happening [laughs].

[laughs] That’s a very political answer. What has been the response to Post Mortem from the press or the media been like? Those are the first people to get the record, so what has the reaction been so far?
Stephen: So far, we seem to be on the right front. It’s a nerve racking thing, because Post Mortem IS Black Tide over the past four years and what we’ve learned and what we’ve grown to be and who we are. Just to be putting an album out there is really throwing ourselves out there. It’s a very vulnerable thing to feel. So far, we’ve been very happy with the reviews and everyone’s digging it. So it’s very exciting to see what it’s going to do, and I know it’s going to take us to the next level.

I think that’s all I got for you man. I just wanted to give you a chance to talk about the new record. Is there anything you want to add?
Stephen: Absolutely! If you guys want to check out the new single from the record, we shot a video for it, it’s called “That Fire”, and we’re all very excited about it. It’s one of the songs on the record that’s got a lighter tone, kind of funny and out there and that’s defiantly portrayed in the video. Other than that, be sure to check out our new record, Post Mortem. It’s available August 23rd so grab it. Also, even if it’s not us, support the music that you love. So go buy a record, go to a show and support local music, even if it’s not Black Tide. 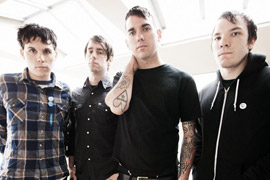