The Skinny: Cholera is a progressive death metal project hailing from Ottawa, Canada. The band currently consists of Raphael Weinroth-Browne (guitars, drums, vocals, keyboards, piano, cello, oud) and Matthew Buller (fretted and fretless basses, additional vocals). Their debut EP, Enslaved Humanity, was written during late 2007-2008 and recorded during mid 2008 at The Gallery Studios in Ottawa, at which time both band members were only 16 years old.

The Enslaved Humanity EP, released independently in October 2009, received great critical acclaim for its synthesis of technical death metal with middle-eastern melodies, progressive flourishes, and dark string orchestration. It was the most frequently played metal album on CHUO (University of Ottawa campus radio) for four uninterrupted weeks, earning it number one status on their online charts; the EP was also selected as one of Metal Psalter’s top 5 demos of 2010.

At that point, the band had yet to unveil its full-length opus, Prophecies of Annihilation. Three new tracks, longer and more diverse than those of the EP, were recorded between 2009 and 2010; these new compositions, along with the two songs from the EP, were mastered in mid-late 2010 by Alan Douches (Nile, Jeff Loomis, Martyr), constituting a single composition that encompasses various musical genres. 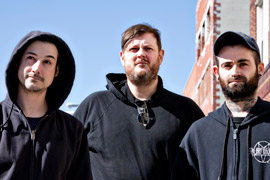 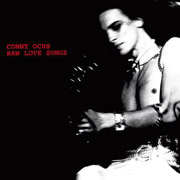