U.S. indie rock band The Airborne Toxic Event is back with their brand new sophomore record All At Once. The group had a big radio hit with the song “Sometime Around Midnight” which helped them establish themselves as one of the top up and coming indie rock groups. In support of their debut record, the band played a mind-boggling 350 concerts until the end of 2009. The fact that they even had any energy to punch out a follow-up this soon after is an accomplishment in itself.

All At Once’s first single is “Changing.” The song starts out with kind of an electronic sound to it before the drums and guitars jump in. “Changing” has top 40 radio hit written all over it, not to suggest that’s a bad thing but the song is clearly intended for a pop/rock audience. The song might also remind you of Modest Mouse, another popular indie rock band from the United States. This isn’t to suggest that The Airborne Toxic Event are just a bunch of rip-off artists, but let’s just say that they stick closely to the indie rock formula. Overall “Changing” is a very good song with very catchy verses and an appeal to pop, rock and indie audiences.

Check out the song: “Changing” 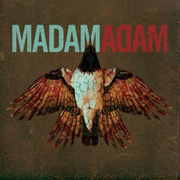