Drive A is an up and coming punk rock/hardcore band from Los Angeles, California. They released their debut record, Loss of Desire, in 2009 and are re ready to follow it up with their sophomore record, The World in Shambles, this April. The band has been busy on the road since the start of the New Year, touring throughout February and March with the likes of Escape The Fate, Alesana, Motionless in White and Get Scared. The group expects to be on the road throughout the rest of 2011, building hype behind the band and the new record. Recently we spoke to Drive A’s lead guitarist Jason Nott about the band and what we can expect from them in the future.

Like a lot of rock bands, two of the members of Drive A met at a rock concert. Tell us specifically how the band came together.
Jason: Yeah well that was the singer and myself that actually met, we met at a rock concert in L.A. Basically, we were at some local show and got talking and then we kept in contact and realized that we shared the same musical influences. So we started playing shows around L.A. with a different lineup, booked shows everywhere along with Sunset Strip. Eventually we settled on the lineup that we currently have. We got the right management and booking agent and we’ve been on the road for the last three years now.

You are currently in the middle of a lot of tour dates. How have these shows been going so far?
Jason: They’ve been great, especially this tour we’re noticing a lot more Drive A fans coming out to the show and supporting us. We’ve got a street team called the Drive A Alliance, they’re there at all the shows. You don’t leave the shows without knowing who Drive A is, you don’t leave without a sticker or signing up for our mailing list and we’ve been very active in street promotion as well as online promotion, all that kind of stuff and it’s been wonderful for us.

How would you describe or compare the sound of Drive A to someone who’s never heard the band?
Jason: I would say we are definitely a breath of fresh air for what’s currently around today. It’s like ‘70s punk mixed with new rock n’ roll from today, everything from Green Day to Billy Talent who I know you guys in Canada are probably very familiar with, we’re huge Billy Talent fans. So yeah, everything along those lines and like I said we have the old school influence and we know our stuff about music, it’s very riff heavy in some of the songs and we can also be very easy going.

How did you come up with the name Drive A?
Jason: Yeah, we were just teaching our old bass player how to play one of the songs and we said “hey for this song drive the a string,” we didn’t have a name yet or anything, we were just searching around and it just came so easily. So we wrote that down on some notes we were taking and we were like “let’s just call it Drive A.” And you know, it’s a musical term and in a way driving the a string is very rock n’ roll and very standard for anyone just learning music and that seemed very suitable for us.

You’re on the label Dead Conflict Records. What made you sign with Dead Conflict?
Jason: You know we put a record out ourselves about two years ago and while doing that we made our own label, Dead Conflict is our imprint, it’s our label, it’s our name that we came up with to put on our records. So yeah, that’s how we became associated with that name, we made it ourselves. There are so many bands that should just do it ourselves. I’m not saying that we’re opposed to signing with a label, we might, we’ll see what happens but that was the position we were in two years ago and that’s how we came up with that imprint.

Your new album The World in Shambles is coming out in April. What can we expect from this record and are you finished recording yet?
Jason: Yeah we’re all finished, we actually just got the final masters for it today. We started writing and recording it about six months ago and basically we went into the studio saying let’s just make a record that sounds like us live and that’s exactly what we did. We went in, recorded everything live, all four of us in a room together, didn’t go back and redo tracks or anything, what you hear on the record is what we did live. There was no editing, it was just us in a room and we wanted to capture our live sound as a band because you know, us live is much more intense than what you usually hear on the record.

And you know our first record, I’m still very proud of it and I still love that record but it was written when we were much younger and we’ve grown so much as a band in the past 250 shows we’ve played over the last couple of years. We’re so much better musicians and song writers now and even better friends that it just seemed time for us to do a record that way so it’s more real. There’s no bands who do that anymore, everything is very digital and edited and fixed and cleaned up and you know, good for them, it’s not that I’m knocking those bands but we just wanted to do it our way and do it the way the bands did it that we grew up listening to, The Clash and the ‘70s punk bands.

Take us through the writing and recording of The World in Shambles. When did you start on it and how long has it taken you to make this album a reality?
Jason: We were on tour in the summer and brought instruments on the bus, we have drums, amps and guitars and everything set up on the bus and we just started writing right there in the room. We did about half the record on the bus actually on tour and as soon as we got home we went straight to writing even more and it took us really about a month and a half to finish writing on this record and then a couple of weeks pre-production with a wonderful producer named Dave Cobb. And then, it took us I think fourteen days to do fourteen songs, I mean we really hammered it out, like I said we did it live so it was very fun and just everything was captured in the moment, all that live energy was captured in the moment and you can hear that on the record.

Now The World in Shambles is actually Drive A’s second album. What is different with this new record from the first one?
Jason: Like I said, we’ve grown so much as a band, we’re better songwriters, we’re older. I don’t want to go off and say it’s much more mature but it is in a way much more mature. It’s the sound that we’ve been trying to capture for years and what we wanted to do as a band. It’s everything that we are live and I think it is so much better because of that, it’s very energetic. But there’s also a couple of ballads and slower songs too that weren’t very prevalent on the first album.

The band has a very cool logo which is your own take on the anarchy flag. How did you end up picking out this logo?
Jason: You know what; we’ve always grown up listening to those punk bands that supported the anarchy. We’ve always said that we’re just going to go out and say “fuck the government,” it even says that in our bio. It’s like our own take on that, it’s more of anarchy against a one-sided way of living. It’s basically a way of saying to go out and follow your dreams and do what you want to do, don’t do what society has told you what to do, you know go out, go to college and get a job, not that that’s bad but people will just follow what their parents told them to do and what society has taught them to do on TV or whatever. We think that you should just do what you want and be open-minded and that’s our take I guess on being anarchist against living that kind of live.

What’s next for Drive A? Take us through your schedule for the next several months.
Jason: Well we filmed some music videos, it’s a two-part thing for two songs on the record, we’ll be releasing those over the next couple of months following the record as well. We’ll be on tour from now until whenever we want to stop touring for this record and then everything in between you know, just everything you would do when releasing a record. We just want everyone to hear this and we’re going to tour more intensely than we did for the first album because this record for us is very important and we want everyone to hear it. 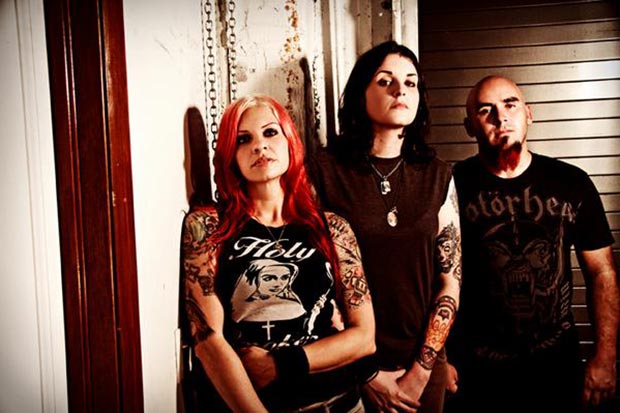 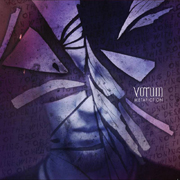