Mike Marsh brings the ‘rock’ for the Canadian alternative rock band Isle Of Thieves. As a lead guitarist he needs to make sure the guitar is easy to play so he can jump around and also sound great. Read the review on why his Les Paul Studio is that right six string. “He needs 6 good strings to carry his sound, down the isle of the venue!”

What one piece of equipment do you use to obtain your signature sound?
Mike: It all starts from the guitar that I chose to play with. I go with Gibson Les Paul Studio, which I have two of. My first one (2006) has a Mahogany-Brown, worn finish. It is a bit heavier in body weight than my second guitar (2008); that one has a Cherry Red colour underneath the same finish.

What about it makes it so important to you?
Mike: The Les Paul Studio Guitars are of most value to me because of their plated pick-ups. They help isolate the true sound of the strings when played. That’s where Humbuckers’ name comes from, as they “Buck the Hum” – Meaning that they dramatically reduce any interferences or “hums” that any different kind of pickup would otherwise permeate. 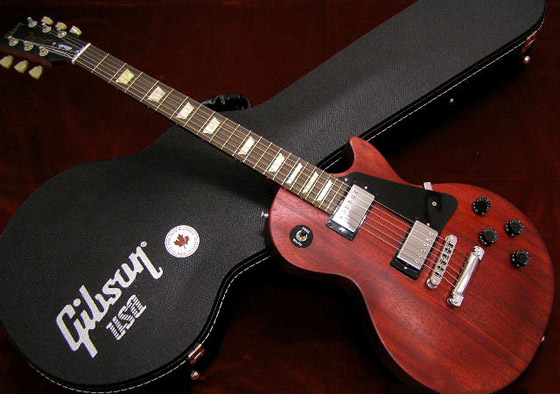 What are the major pros and cons?
Mike: Visually, the Studio has very little aesthetics or window dressing. No glossy layers on the body or any flashy bindings, etc. It’s real nice, though, not to worry about the dings or scratches it takes while on the road. In fact, that actually just adds more of a cool shabby-worn look to it, anyhow!

Sonically, the Gibson’s LPS does falls a tad short on the sharpness and annunciation of… say, that of a Fender Stratocaster. Where it isolates the true sound, as mentioned, it may draw back on the attack and sustain of the notes a little bit. However, that’s where I feel this breed of guitar helps me bring a more smooth and robust, melting-tone to my playing. Ideally, I would rather not want too much attack because that’s were the notes could be tremendously overemphasized, soured or even clunked more often than not. Only when it serves the song, would that sort of thing could work. But, it’s entirely another thing should that be happening all the time as a performer and musician.

Finally, it’s so versatile! I feel there’s little to no resistance from one note to another in terms of handling, moving, bending or sliding up and down the fretboard. Unless you have amazing stage performance, it is my mere opinion that if you find yourself fighting too much to make a note come across then perhaps you may need to try a different guitar.

How long have you used this piece of equipment and would you ever change it?
Mike: I’ve been playing the Gibson Studio all the way back from when I’ve started out with my fellow Isle of Thieves band mates. I find the LPS has worked since and so far – concerning my personal development, how its tone serves the songs and what’s to be in the near future. In terms of changing gear; I feel the winds of musical direction shall dictate if I need to. I would never rule out switching to a different axe from that I chop with. One day I may just stumble on an entirely different tree!

Any final thoughts or comments on the gear?
Mike: Gibson is good. Discovery is power! …End communication. 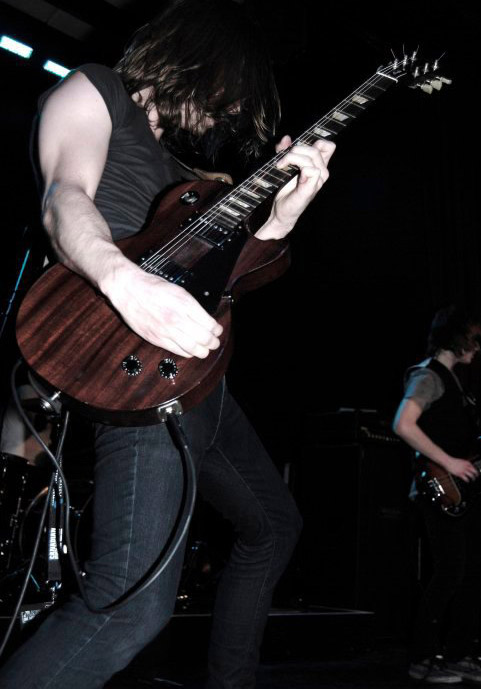 Check out the song: “Hollywood” 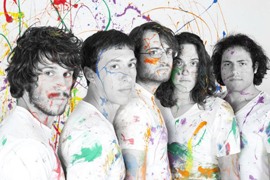 TIGER RIOT Premieres “Time Is On Your Side” Music Video Online 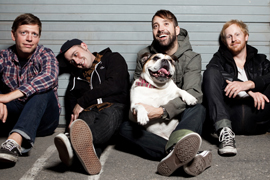