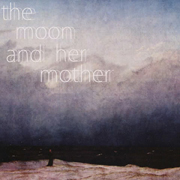 The Moon and Her Mother – “Self-Titled”

The Moon and Her Mother (TMAHM) is the project of singer/songwriter Aaron Wallace. He mixes the two genres of folk and pop music to make a soothing melodic album. His soft voice could comfort you after the toughest day at work and the guitars and drums would assist too as they linger behind the mellow sound that Aaron makes.

TMAHM’s self titled LP could also be described as the type of music that would help you to sleep and indeed I wouldn’t recommend many other albums for that task. Although his music is very useful for relaxing, Aaron hasn’t just made aimless soft tunes. “Two Hundred Feet” is a great example of the brilliant melodies that murmur their way through your ears and around your gleeful brain. Strokes fans may even find a small love for the album as songs such as “Magazines” wouldn’t have been too far out of place on their last album, First Impressions Of Earth.

However, the album’s gentle tones may be listenable when you are in the sentimental mood or trying to get that sleep you’ve been looking forward to, but because of its lack of energy, the record is in danger of becoming nothing more than background music. The songs we often love are fast and catchy or alternatively, softer melodic music with magic lyrics, but Aaron seems to almost drone through his album with lyrics that don’t leave much of an impression.

Obviously, TMAHM are not aimed at getting kids on their feet, but it is hard to keep concentrating on the album and not letting your mind drift. The music is good, but the CD’s lack of punch is the problem. I sound like I have an attention problem, but the album wouldn’t hurt by bringing the guitar and the drums out in the mix a little more. The album is sadly dominated by the bass and Aaron’s voice, which isn’t necessarily wrong, but there isn’t enough attention to the other instruments.  [ END ]