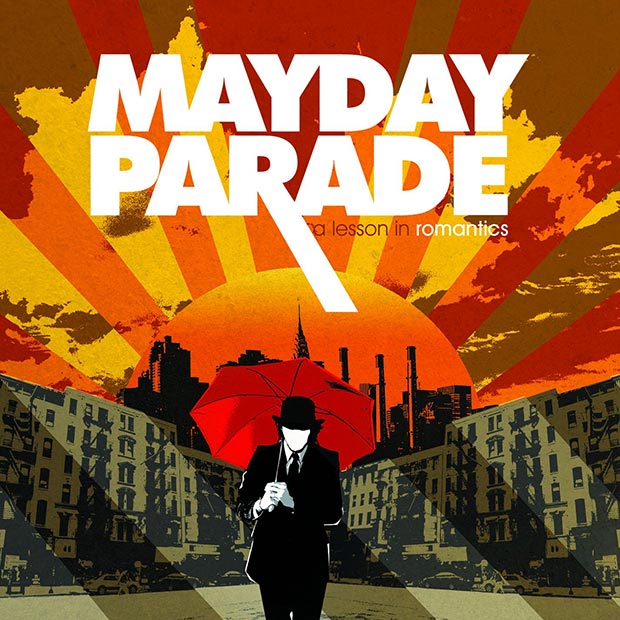 Mayday Parade – “A Lesson in Romantics”

You can’t blame Mayday Parade for their pop-punk genre, after all they grew up in the sunshine state of Florida, how could one not be at least a little happy? But weather aside, this effort is awesome. It’s upbeat, and spews everything every teenager needs to hear to get through heartache at their age, to know that someone their age is out there and is feeling the same way they do, etc. I’m not saying you can’t listen to this at any age, just that they hit a certain demographic. But anyone can relate to love lost, which is the underlying topic to the whole album.

Every track has a hook, brilliant melodies and catchy lyrics to boot. The sincerity in their lyrics and fun loving riffs make you want to listen to the album over and over again. I really like the dueling vocals, it’s a significant aspect of the band, and it’s what sets them apart. From their witty lyrics, and lack of dreadfully repetition, this album clearly shows a maturing state from their previous release Tales Told By Dead Friends. It’s overwhelmingly refreshing from anything I have heard in a while.

Whole the opening song “Jamie all Over” does an amazing job at inviting you into the album, tracks like “Black Cat”, “Walk on Water or Drown” really keep you listening. Keep an eye out for their second full length disc debuting on a new, bigger label in Atlantic. While there may have been a slight line up change in vocalists, hopefully they don’t land into the “Sophomore Funk” bin at the record store. Best of luck to these guys, and hopefully patches have been made with lost members.  [ END ]