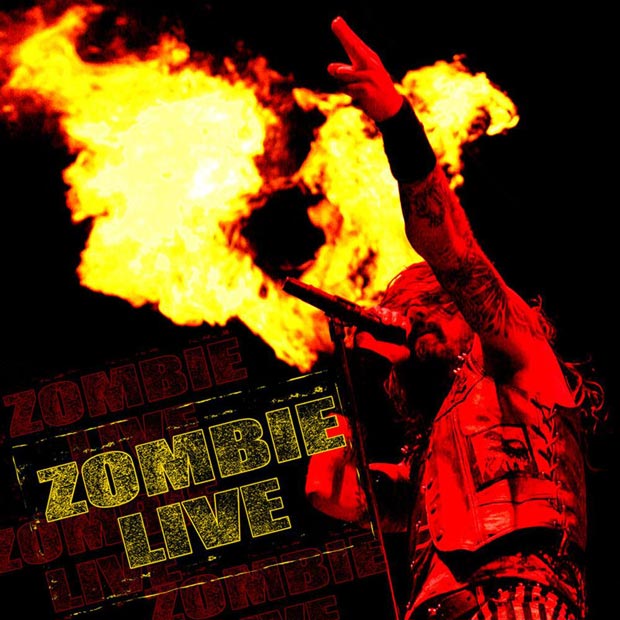 This disc ought to be on any Zombie-head’s wish list. While on tour in 2006, Rob Zombie and crew recorded 18 tracks and eventually issued an awesome collection of tunes for every Zombie fan. Zombie Live offers a healthy mix of Rob’s musical career: included are later White Zombie tracks like “More Human Than Human” and “Thunder Kiss ‘65”. Also included are tracks from Hellbilly Deluxe which was released in 1998 and 2001’s The Sinister Urge. Songs of his then latest album Educated Horses were also included. Let me tell you, it must have been plenty hard to choose only 18 tracks from a catalogue spanning over 20 years.

Overall the CD sound quality rocks: backed by chants and screams of fans this CD literally makes you think you are at the show. This must be quite heavy for anyone who managed to catch the recording live. There’s nothing more exciting than capturing the raw energy from a show and having it for keeps; especially if it sounds identical.

The band line up for the live album was bassist Piggy D (Wednesday 13), drummer Tommy Clufetos (Ted Nugent, Alice Cooper), and guitarist John 5 (David Lee Roth, Marilyn Manson). Combine what could be Rob Zombie’s strongest backing back and some production by long-time co-writer and producer Scott Humphrey and you are left with one memorable night (and disc).

The only downside to this release, and coincidentally it’s not a musical downside, is that there is no DVD nor is there any crazy “Zombie” art. With such an amazing performance caught on CD it’s a sheer shame to not have the accompanying video. Although this explicit version also comes in a clean version, I speak for everyone at the PGA family when I insist you get the explicit version and Rock the Fuck out! 9/10 only because it doesn’t have a DVD with it.  [ END ]