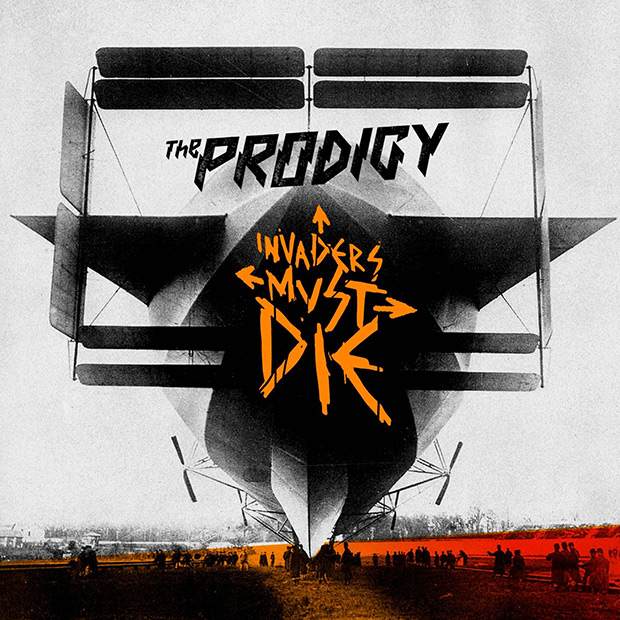 The Prodigy are back with their 5th studio album entitled Invaders Must Die. Their steady decline in popularity has been said to have stopped with this new album probably because it’s the first time since 1997’s The Fat of the Land that all three members, Keith Flint, Liam Howlett and Maxim Reality have all taken part in making an album. This point is crucial as this record really is The Prodigy’s last chance to show that they are still relevant in today’s rave genre. The previous album Always Outnumbered, Never Outgunned written solely by Liam was very poor in comparison to the rest of the band’s discography and many people started labeling the band as “past it”.

Keith, Liam & Maxim, on November 4th 2008 promised a new album containing “old-school, but cutting edge” music. Thankfully, they weren’t lying. There are plenty of tunes that bring a smile to your face, reminiscing of the old days, but there’s still plenty more that fits right into today’s rave world. “Omen” is a fantastic loud, fast, rave song which is right in there with the best of what The Prodigy have released.

However, Invaders Must Die does have a lot of filler. Hardcore fans will love this album, but for the average fan, there isn’t a great deal to get excited about. The Prodigy are still here and going strong, but there’s little chance that they’ll ever hit the same heights that they achieved in the early nineties.

Are they Still relevant today? The answer is still, without doubt, yes. Whether they can build on this and produce even better music is highly doubtful but there is still belief that they can get fairly close. This album isn’t a classic, but it’s still a great album to listen to. If the band tries hard enough, this could be a new beginning for them.