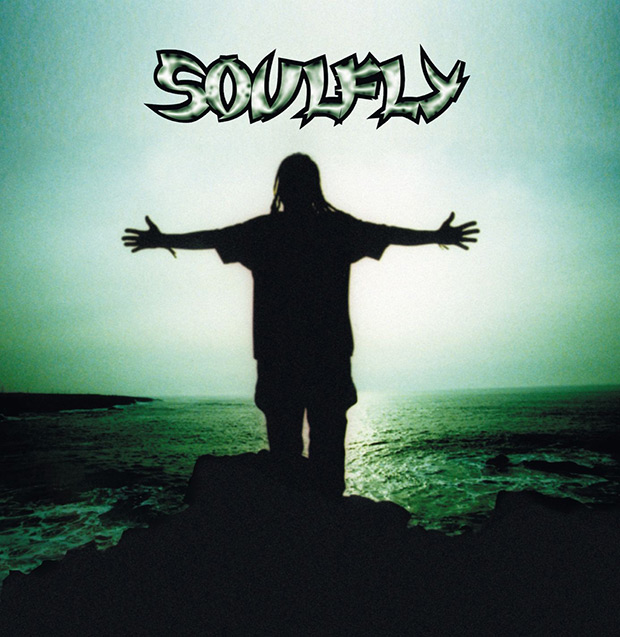 Upon leaving Sepultura, one of the biggest metal bands at the time, Max Cavelera went out on his own and in 1997 started Soufly. The band’s 1998 self titled debut gave Max a thrust back into the metal community, gradually becoming one of the heaviest and most well known metal bands. Soulfly is a band that lives off of raw emotion, and there is a story behind their music as well. Max’s stepson, who was also his best friend, became yet another victim of an unsolved murder. As a result, the band was Max’s way to let out his emotion and cope with this tragedy. Since this debut, Soulfly has come a long way having released five more full length albums, countless promo and single CD’s, and in 2005 the band’s first DVD. They have not strayed away from their label Roadrunner Records since the start of their career, showing Soulfly’s dedication in yet another form.

Now to get right into it, the release was one of the Roadrunner Records 25th Anniversary commemorative reissues that have been put out over the past while. The album contains two discs, the first of which was a re-release of the original self titled Soulfly debut. The album was pretty cool, and a good set for the avid fan, as well as intro for the blooming listener. As an original sounding band, Soulfly took such prestigious stages as Ozzfest at the start of their career. The album is a definitive part of metal history and totally unique, namely because Max focused the songs around his spiritual beliefs. This aspect bled through the music more than a lot of most lyrical content at the time, and it showed. The lyrics are deep, and portray the heavy emotions that Max has felt, which keeps the whole album raw and with a great amount of feeling.

The second CD of the set has a lot to offer for die hard Soulfly addicts. It starts off with a full live performance with great sound quality. Most of the songs are just live versions of those on the self titled CD, but it also adds in a few extras to the mix. The live songs give off crowd response that you can hear in the background, Soulfly can get a crowd in an uproar to say the least. After the live show, it goes to a few more live songs from a different set and show. These are equally appealing as the first live performance was. Once you get through these, the original demo version of “Eye for an Eye” comes on. Straight up underground where you can even hear that it is a drum machine instead of real drum recordings.

There was however, more to this album than just the music itself. What caught my attention were the features. They appeal to people who like to keep their horizons broad and offer a behind the scenes look at the band. On the second CD there are also recordings of Max Cavelera just speaking his mind. He speaks of his history, from the days of Sepultura to where he’s ended up now. Included in his stories are tales of road antics, like a certain band that would mess with Sepultura on the road. For three weeks Max did not bathe or change his clothes just to make himself unbearable to the other band. Another standout feature was the booklet. Instead of having lyrics for every song like most normal CDs possess, this booklet told the backgrounds to each track. They were a good read, and Max offers his feelings on each song as well as how they came to be written.

In closing, this CD is a good buy for old time fans as well as newbie listeners. Its extras and features are enough to justify picking it up if you already own the original album as well. I give this CD a solid 7.5/10 for the raw emotion that is Soulfly.  [ END ]