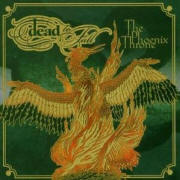 Dead To Fall – “The Phoenix Throne”

Hardcore metal is a genre that too many new bands decide to go for. It’s like it’s a train, and they all just decide to hitch a ride. They may not even care where it’s going, as long as they have fun doing it. Dead to Fall is a band that is hardcore metal, often termed metalcore, but they do things a bit differently and as a result garner a ton of respect amongst metalcore fans.

Straight out of Chicago, Illinois, Dead to Fall have released three albums: Everything I Touch Falls To Pieces, Villainy & Virtue, and The Phoenix Throne. The band consists of Jonathan D. Hunt (Vocals), Logan Kelly of Nehemiah and Coma Eternal (Guitar), Chad Fjerstad of Nehemiah (Bass), Aaron Nelson of Nehemiah (Guitar), and Tim Java of With Dead Hands Rising (Drums). The band has had nine other band members, but over the years has replaced each of them.

The Phoenix Throne was released in April of 2006 on Victory Records. Some other bands associated with this label are Atreyu, Aiden, Between The Buried and Me, and Darkest Hour. When I saw that Dead to Fall were on Victory, I thought to myself “This album is gonna be sweet”. Although… I didn’t really like Aiden all that much.

The disc begins with “All My Heroes Have Failed Me”. The track opens up with only one guitar, playing a lightly distorted riff. Once John begins to sing, it first reminded me of Hatebreed a little bit. I don’t know if you guys would agree, but oh well. The song is a tight sounding track, and the bridge really got me moving. With a solo thrown into the mix, it sounded great. This metalcore band possesses what some others lack – namely talent.

The second track, “Womb Portals”, was put together fairly well. I found the lyrics a bit on the weak side though. A lot of the same words, but not always in the same context, you know how it is!? The lyrics were good, but John should have used a bit more variety in the way he said things.

“Smoke & Mirrors” was an amazing track. The song has a nice riff, a drum run down at the beginning, and well written lyrics. I’d love to hear this song played live and loud. “Tomorrow none of you will mean a goddamn thing”. Obviously, John has quite a bit of built up anger.

“Guillotine Dream” had an interesting intro. Very slow and high pitched. Once the vocals are introduced, the volume gets turned up. Logan and Aaron play extremely well, and Tim’s drumming is so tight, it blew me away. Wicked track indeed!

“Corpse Collector” is an instrumental track which is played amazingly. Logan can write a piece of music that draws the listener in and slaps him or her across the face. The track is very dark, and actually made me a little bit paranoid, even though there are no lyrics.

My favourite track on the entire album had to be “Corpse Collector”. I know that there aren’t any lyrics, but the song really got to me, and definitely got my heart racing.

Overall, the album was well done and deserves an 8.0/10. When Dead to Fall releases their next album, I’ll be in line to buy it on the exact release date. Thanks Dead to Fall for this album, and for all of your hard work.

Check out the song: “Chum Fiesta”