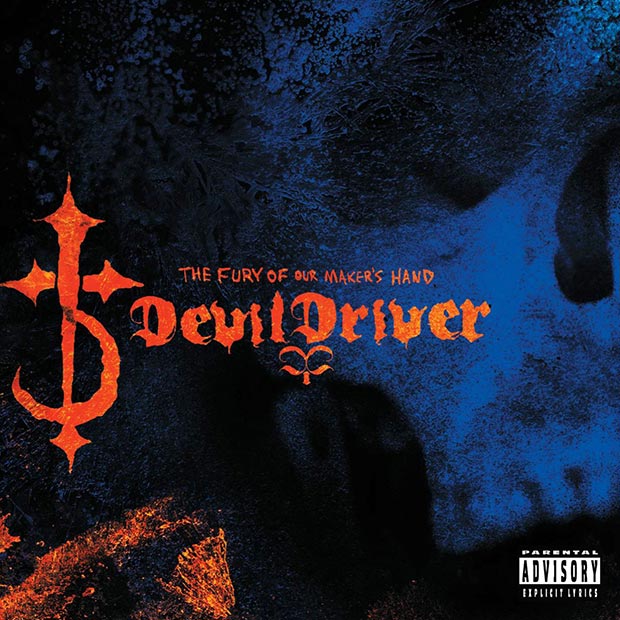 DevilDriver – “The Fury of Our Maker’s Hand”

With their second release titled The Fury of Our Maker’s Hand, DevilDriver offer us a hard hitting album that up stages their last effort by far in every single way. DevilDriver is fronted by none other then ex-Coal Chamber vocalist Dez Fafara. Don’t let the Coal Chamber reference fool you though, DevilDriver is nothing like Coal Chamber. Vocally Dez has grown and now fits into a whole new style which is presented to you in this amazing 2005 release.

This album is full of very thrashy, blistering heavy guitar riffs, very dramatic pounding double bass drumming, and loud and aggressive vocal hooks. Fury of Our Maker’s Hand is by far a huge step above this band’s debut. It may not win the best or most innovative album of the year, but it does the job for a very entertaining listen, and probably provides the band with killer moshing material for their live shows.

One problem I have with the CD is that for the most part it’s straight up heavy, and that is good when you’re looking for something to listen to that’s non stop metal for a good solid hour. But I think the album would have done slightly better with some vocal melodies and hooks to help draw the new listener into their music more. But nonetheless, the album is straight up heavy and brutal and is a wise choice if you got 52 minutes and want to listen to some heavy shit!

The Fury of Our Maker’s Hand is an album that is really showing a new side of Devildriver. A side showing more dynamics, much better songs, and a band that has established their credibility.

The stand out tracks for me on this album are songs like “Sin & Sacrifice” which starts out very melodic (it’s pretty much the only song that starts off semi melodic) but then kicks in with an experimental breakdown with keyboards and pounding double kick only to be followed by some intense soling guitar, and finally comes full circle with a fast paced heavy beat filled with lots of screaming.

Also the intro track “End of the Line.” I think it has a great start and is a really good way to bring in the album, it adds a vibe to the record that sets the intro track a part from the rest and really gets you in the mood for the brutalness to come in the remaining 11 tracks.

The song “Driving Down the Darkness” also has a really heavy feel to it which is similar to early Machine Head and Sepultura. The drums are really hard hitting, and the guitar are really creative and eerie sounding in the background.

This is a must have for any metal fan. It is an album that would be in my top 5 of 2005. Coal Chamber fans should check this out for sure just to check out the growth in frontman Dez Fafara, but don’t expect this to be a Coal Chamber album. DevilDriver have found their spot in the metal rankings, and they’ve secured it with this album.