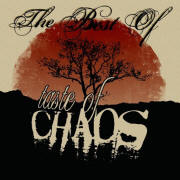 What better way to commemorate a successful tour then to have a DVD document one of the largest crowds in New Jersey’s AshBury Park. So successful that the tour is up and running for year two!

So, I watched this about 8 times the first week I got it. Released a mere 6 months after taking place, TOC was brought to home DVD to relive one of the most successful rock/metal tours of the winter.

The DVD captures what a tour should consist of; great bands, and a kick ass light show.

Each band performs two songs on the DVD except for My Chemical Romance. Not all bands made it on the DVD, and not all bands played in each city. So if you missed Underoath live you get them on your telly screen for ever and ever.

The great thing about the DVD is in between performances you see interviews and how the tour gets set up. You learn quite a bit about the bands and how a show gets put together and all that jazz, er… or uh rock.

The still images were all submitted by fans who were requested to do so just before and after the tour ended. The extras are pretty funny, I wont give any away…but Atreyu gets pelted.

There is nothing I love more then reliving a concert I really enjoyed. It also really showcases the talent that all of these bands have, and that hey, it really is all about the live show.

The audio CD takes all the DVD tracks and adds a few more performances from the acoustic stage. It’s a concert you can pop in your car mid year while you wait for the next tour to start up again.

All the tracks are clean cut and full of energy with thanks to a stellar crowd in Jersey, it’ll get you hyped up no matter where you are.